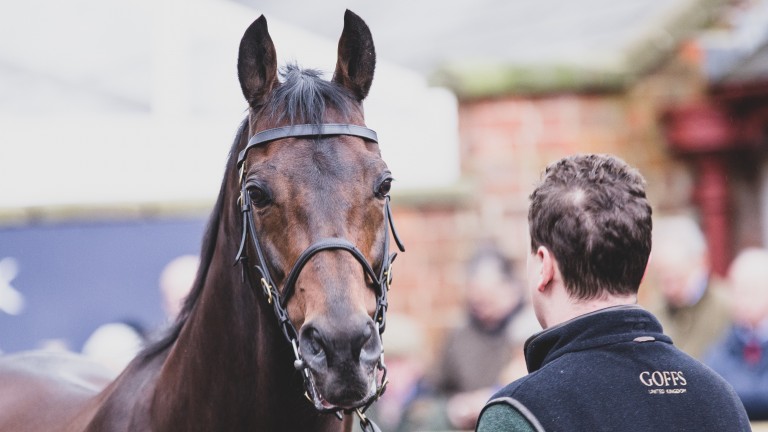 Yorton Farm Stud has announced fees for its six-strong roster this year, headed by Gentlewave who will stand for a slightly increased fee of £3,500.

The farm, which also offers breeders the chance to win a free nomination to any one of Yorton’s stallions in the annual prize draw, is also home to Masterstroke, Linda's Lad, Arrigo, Pether's Moon and Scalo.

Gentlewave is responsible for last season's dual Grade 1-placed novice hurdler Gentlemansgame as well as the 2020 Cheltenham Festival cross country winner Easysland. The son of Monsun's fee has been increased to £3,500 from £3,250 last term.

Another son of Monsun in Masterstroke will continue to stand for a fee of £3,000. The 13-year-old, who originally stood at Haras du Logis upon retirement, is the sire of useful hurdler Paros, Hardi Du Mesnil - who sold to Highflyer Bloodstock for €250,000 at Arqana's February Mixed Sale last year - and French hurdles scorer Foja.

Linda's Lad is another who will remain at an unchanged fee, this time for £2,500. The Sadler's Wells son is best known for runners such as Grade 2-winning chaser and Down Royal Champion Chase third Tout Est Permis, Irish Arkle runner-up Cash Back and Champion Novice Hurdle winner Draconien.

The Yorton FREE nom is back in 2022!
Your chance to win a free nomination to any Yorton stallion by entering the prize draw by 10th February.
Be lucky!
Nominate your mare
Choose your preferred stallion
Be in with a chance to breed a winner!
Link-https://t.co/0eiL6UE0t7

The roster is completed by Arrigo, a Group-winning Shirocco half-brother to the late, great German sire Adlerflug, Pether's Moon, winner of the Coronation Cup and off the mark as a sire, and Scalo, a son of Lando who sired the 2019 German Derby winner Laccario. They will all stand for £2,000.

Stud director David Futter said: “We are delighted to announce the stud fees for the forthcoming season. We can offer a stallion to suit all jumping mares and a range of budgets.

“Four of the stallions will be heading to the stallion showcase at Doncaster next week and will be available for inspection by any interested breeders.

He continued: "Myself, George Stanners and the rest of the Yorton team will be on hand throughout the two days, while we also extend an invitation to the Yorton hospitality marquee to any breeders at Doncaster on Monday afternoon from 4pm and throughout the day on Tuesday."

Breeders must enter their name, the name of their mare and preferred stallion choice for the draw by February 10, while the winner's name will be announced on Facebook Live on February 13.

Futter added: “Our prize draw has become a popular target for mare owners – a fun draw, but with a commercial outcome for the lucky winner. Good luck to everyone who enters.”

FIRST PUBLISHED 4:20PM, JAN 20 2022
Four of the stallions will be heading to the stallion showcase at Doncaster next week and will be available for inspection by any interested breeders