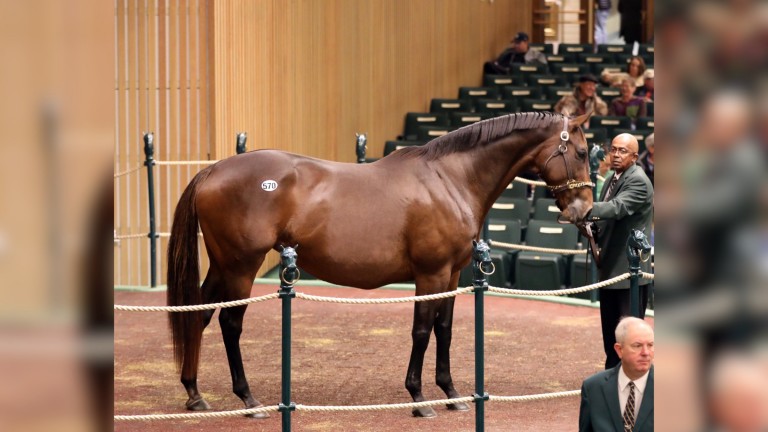 Strong demand for high-quality American yearlings this season is continuing to play a significant role in the bloodstock marketplace as breeders flush with cash are joining buyers wary of facing higher prices next year in eagerly acquiring attractive broodmares and weanlings at the Keeneland November Sale.

The top-priced horses of the session told the story. Fred and Nancy Mitchell’s Clarkland Farm, which sold the record $8.2 million yearling filly by American Pharoah at the Keeneland September Sale, has reinvested part of those proceeds in broodmares and paid a session-topping $650,000 (£507,395/€588,650) for seven-year-old multiple Grade 1-placed Conquest Eclipse.

“She was a gorgeous mare and she was in foal to Justify - and I really wanted a Justify,” Fred Mitchell said of Conquest Eclipse, a daughter of Malibu Moon out of a half-sister to the dam of Grade 1 winner and sire Colonel John.

“We just reinvested a little that the filly brought for us in September,” he added, noting that Clarkland also purchased the stakes-placed Scat Daddy mare Fairyland, who is in foal to Triple Crown winner American Pharoah, for $700,000 during the opening Keeneland November session. “We just hope luck stays with us - hope those mares have beautiful foals for us.” 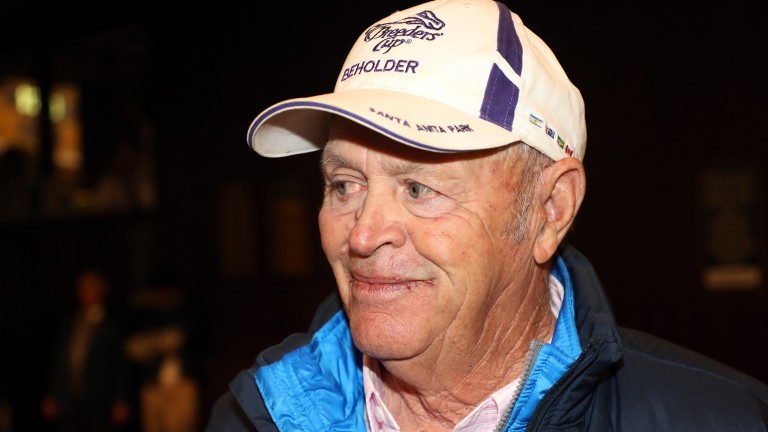 Fred Mitchell: "We just reinvested a little that the filly brought for us in September"
Keeneland photo
Second on the list of Thursday’s highest prices was a weanling son of Quality Road purchased by China Horse Club and Maverick Racing for $600,000. Michael Wallace, China Horse Club’s racing and bloodstock manager, indicated the purchase was an attempt to “get ahead of the curve” of the 2020 yearling market.

“Just an opportunity to acquire a quality colt by a quality stallion. He’ll go into our racing programme - just trying to circumnavigate the yearling market a little bit, which seems to be pretty strong for these types of colts,” Wallace said of the bay produced by the Birdstone mare Princess Aspen, a half-sister to Grade 1 winner Zazu and Grade 2 winner and sire Flashback.

Clarkland and China Horse Club were far from alone in their approaches to market dynamics.

Another family operation that enjoyed a highly productive September Sale, Hinkle Farms, returned to action by purchasing three mares for a combined $1.185m in the first two sessions, topped by $575,000 Thursday acquisition Ladies’ Privilege, a stakes-winning daughter of Harlan’s Holiday in foal to More Than Ready.

Meanwhile, other major weanling buyers included Larry Best of OXO Equine, whose acquisitive activity is touching every segment of the market. Best, who paid $5m for Breeders’ Cup Distaff winner Blue Prize at Tuesday’s Fasig-Tipton sale, has bought four weanlings through the opening Keeneland sessions for a total of $1.985m.

Best’s purchases include the most expensive weanling sold, a $750,000 Curlin colt out of multiple graded stakes-placed Banree, by Macho Uno, who went through the ring during the first Keeneland session. 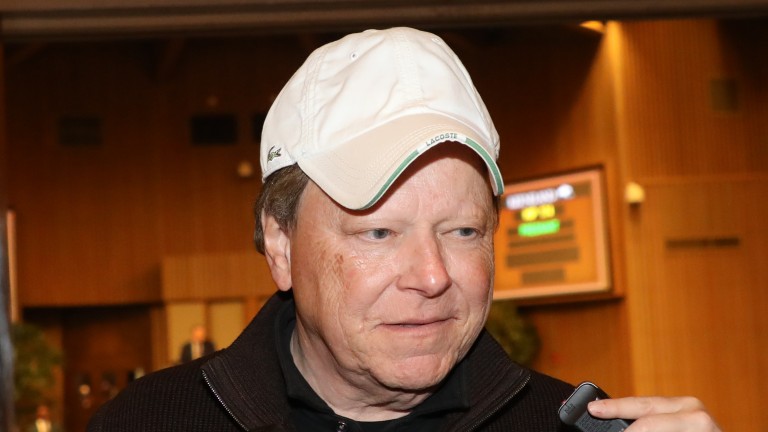 Larry Best: "There were too many cases when quality buyers couldn’t buy at the yearling sales"
Keeneland photo
“When you get a quality sire and the dam side looks good and the physical looks good, I think the elevated yearling market is driving some people to buy (weanlings) here at higher prices,” said Best, who noted that many could not compete with Sheikh Mohammed’s budget during the September Sale.

“There were too many cases when quality buyers couldn’t buy at the yearling sales. And so they’re coming here, looking for talent, doing their vetting, looking at bloodlines, looking at sires,” he said. “The yearling market has gotten so expensive, you could argue that you have more shots on goal, at probably 60 per cent of the price (with weanlings). Over a long period of time, hopefully it works out.

“That’s why I’m going into breeding,” Best added, laughing. His other Keeneland weanling purchases include a $400,000 full-brother to Medaglia D’Oro’s champion daughter Songbird.

For the second session, which opened Book 2, Keeneland reported numbers very similar to those recorded in 2018, with 235 horses sold for $36.205m, down less than half a per cent.

“We’ve seen a trend over the last couple of years of some end-users coming in to the weanling market. For the last three years, the yearling market has been exceptionally good, so I think it gives confidence to pinhookers, as well, to participate at a certain level of the market, at the top end of the market. Again, weanlings, yearlings, it makes no difference - they have to vet. If they vet, the sky’s the limit. If they don’t vet, well, they don’t,” Russell observed.

FIRST PUBLISHED 10:27AM, NOV 8 2019
There were too many cases when quality buyers couldn’t buy at the yearling sales. And so they’re coming here, looking for talent