'Without breeders, we don't have a sport' - meet NYTB's new boss Najja Thompson 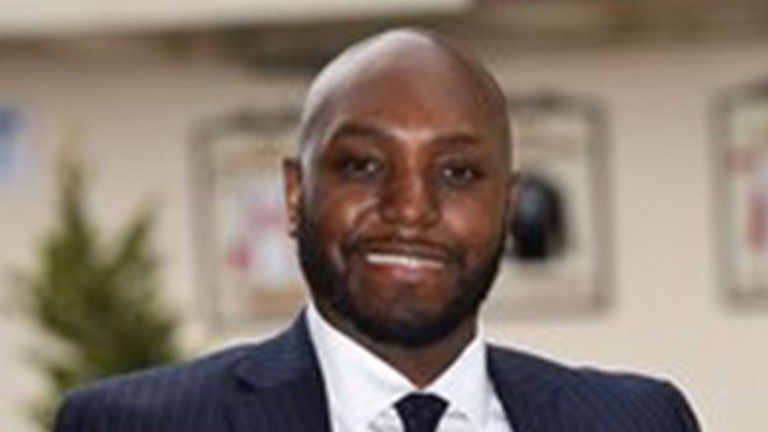 Life-changing events often happen with little or no warning.

For 39-year-old Najja Thompson, one of those magical moments took place on October 20, when he was casually perusing various racing websites.

While taking in the industry's news of the day, there was one story that caught his eye and set his mind in motion.

It was a news item about Jeff Cannizzo's decision to step down after slightly more than 12 years as the executive director of the New York Thoroughbred Breeders and the organisation's need for a replacement.

Immediately Thompson thought to himself, 'Why not me?'

"When I saw Jeff was leaving, I became intrigued with becoming a part of the New York Breeders," said Thompson. "I had been involved with the racing end of the business, but I always understood the necessity of breeders in the sport. Without them, we don't have a sport."

At the time, Thompson was working in the human relations department of the New York Racing Association after about five years with the organisation's media relations staff and four prior to that in the marketing department.

He is a lifelong racing fan who grew up near Belmont Park in Westbury, New York, and had an uncle in Larry Stewart whose small breeding operation produced a few stakes winners and gave Thompson an understanding of the various elements that determine success or failure on a farm.

"I believed I had the skills to help the programme keep moving forward," said Thompson.

About a month and a half later, a NYTB search committee came to the same conclusion. It chose him as the replacement for Cannizzo and broke a racial barrier in the process as Thompson's December 7 hiring made him the lone African American working as the executive director of a top five state breeders' organisation.

"It's about time to have some diversity," said Thomas Gallo III, NYTB's president of the board of directors and a member of the three-person search committee.

"He was the right person. It's a very positive move. It brings a new perspective to the job. Change is good. You have to look at it as an opportunity to move forward and do things better."

Aside from serving as the executive director of the NYTB, the organisation also tapped Thompson to replace Cannizzo on the boards of both NYRA and the New York Breeding and Development Fund, bringing a vital minority voice to two of the most important cogs in the New York racing and breeding industries.

Thompson said: "Working in all of these roles with the NYTB, NYRA, and the Breeding and Development Fund is an honour and privilege. I'm thankful for the opportunity to build off the contributions African Americans have made in the sport. For me to be in a position as the executive director of what I consider the best state-bred programme in the country, it is a tremendous thrill.

"I look at myself and people like Jason Wilson [president and COO of Equibase Company] as ushering in change in the industry. I'm here to run with that and I'm not shying away from it. We want to see expansion and development in the sport for everyone across all racial spectrums to help erase the economic discrepancies that exist in horseracing."

Thompson's road to his leadership position with the NYTB started as a child. Living on Long Island and having grandparents who had a home in Queens Village, New York - the part of New York City that borders Elmont where Belmont Park is located - he would often accompany his uncle, a Turf and Field Club member, to the races at the NYRA tracks.

When Thompson's family moved to Florida in 1991, the racetrack trips shifted to Gulfstream Park and the now sadly-closed Calder. Meanwhile, Stewart used Florida as the base for his breeding programme, which produced Get Funky, a Grade 1-placed and a Grade 2 winner who earned $781,675 from 2006-11, and Mayan King, who earned $173,014 for owner David Cassidy of 'The Partridge Family' fame.

"I went to school for history with a minor in computer science and thought I'd go into law or work with computers," said Thompson.

Yet what tugged at his heart was working in the thoroughbred racing industry, an opportunity which presented itself in 2011 when he joined NYRA's marketing department.

"Getting into racing was a dream come true," he said. "When it's something you love, it's not work."

In 2015, American Pharoah's Triple Crown season, Thompson moved over to NYRA's press office, where he made a name for himself while honing his communication skills and serving as a liaison for television media covering NYRA races.

Pat McKenna, NYRA's director of communications and media relations since 2016, said: "The racing community can be frustratingly insular and resistant to change. Najja is refreshingly open to new ideas and optimistic about the future of the sport and the broader industry. Those qualities make him a natural ambassador for New York racing and he will be a terrific advocate for the interests of New York's thoroughbred breeders."

Thompson said he enjoyed working at NYRA and was grateful for the experience and training he received in his nine years there.

"I was thankful for my time at NYRA where I was mentored by people like Eric Wing, John Durso, Jenny Kellner, Pat McKenna, and Keith McCalmont (all in the NYRA press office) and people like (television analyst) Andy Serling, who were a great help to me," said Thompson, who shifted to human resources in 2020.

The overall education Thompson received at NYRA was viewed by Gallo as a main reason why he was the choice of a selection committee that also included NYTB board members Dr Joan Taylor of Stepwise Farm and Mallory Mort of Gallagher's Stud.

Gallo, who operates TJG Sales Agency and Blue Stone Farm, said: "Najja's résumé stuck out because of his connections, his experience with NYRA. We got a lot of good feedback on him. It was 100 per cent positive with no reservations from anyone.

"His interview was above the rest. He interviewed very well. He already had a good, in-depth knowledge of the New York Breeders, the Development Fund, and the relationship between the two. The positive response to his hiring we heard from people all across the industry only reinforced that we made the right decision."

For Gallo, hiring Thompson produced a happy ending to a two-month period that started with a huge headache when Cannizzo, who led NYTB through a period of great development and growth and transformed the scope of the executive director's job, told him he was stepping down to take a position as NYRA's senior director of government affairs.

"When Jeff called me and said he was leaving, I was stunned, I think I threatened him with bodily harm," Gallo said with a laugh. "Jeff made it a multi-faceted job with a lot of communication, lobbying, and using face time to grow relationships with politicians. He had taken what was mostly a clerical job and turned it into a job that covered all the bases. He elevated the status of the job across the nation."

When Cannizzo gave his notice, he told Gallo he would stay on for another three months to help with the search process and train his successor, which gratified Gallo.

"It was an arduous process but Jeff was nice enough to give us 90 days' notice," Gallo said. "The way things turned out, with Jeff spending time with Najja last month, we are already going in the right direction."

Gallo said the communications skills Thompson honed during his days with NYRA will play a vital role in his new position, allowing him to publicise the programme on a national level and interact with the politicians whose support is vital to propelling the state's breeding industry forward.

"One of the big challenges is increasing our visibility," said Gallo. "Some people outside of New York may not realise how much money we give away and with Najja's communication skills he can get the word out there. That can attract new mares and stallions to New York State and increase the horse population here. If we get more horses, it helps NYRA and the bettors by increasing field sizes and the handle."

Being a fan of New York-breds since the days when he would watch and wager on the likes of Funny Cide, Commentator and Say Florida Sandy, Thompson is looking forward to promoting the breed in New York and making the state a more attractive home for the sport's highly productive mares and stallions.

He said: "A key thing for me is that I want to elevate the New York-bred brand and showcase the great New York-breds we have like Tiz The Law and so many other Grade 1 winners.

"Another of my main initiatives is working with Fasig-Tipton to get the state-bred sale back in Saratoga in the summer. It was cancelLed last year due to the pandemic, but I'm fairly confident we'll get it back."

As Thompson settles into his new position, he says he's relishing a chance to see the sport from a different perspective than the one he enjoyed at the racetrack.

Yet at the same time, the sport would be wise to embrace the perspective Thompson will bring to the industry at a time when social justice and diversity are at the forefront of the nation's attention.

"With this job, I've been given a view of the sport through a wider lens," said Thompson, "and I'm truly looking forward to helping the sport I love."

FIRST PUBLISHED 12:40PM, JAN 18 2021
For me to be in a position as the executive director of what I consider the best state-bred programme in the country, it is a tremendous thrill