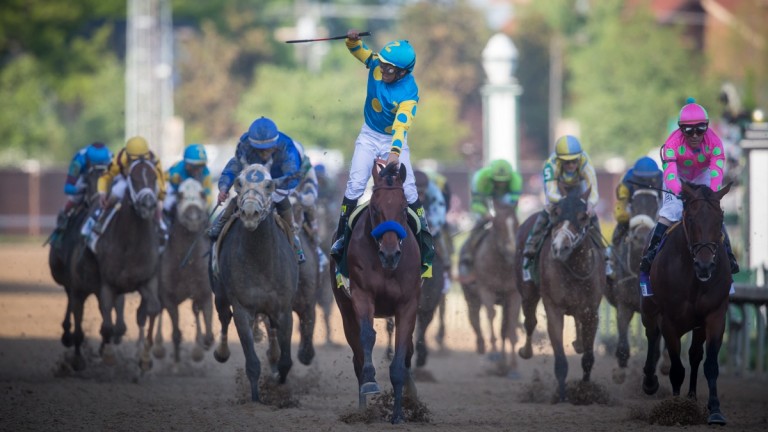 The 13-year-old son of Empire Maker out of the Lord At War mare Star Of Goshen bred a mare in the morning and started acting uncomfortable once he was back in his stall. He was en route to the clinic when he died.

"We are all extremely saddened by the loss of Pioneerof The Nile," said WinStar Farm president and CEO Elliott Walden. "He was a superior physical specimen, a Triple Crown sire and a unique personality. All of us at WinStar are heartbroken."

A multiple Grade 1-winning millionaire on the racetrack, Pioneerof The Nile is the sire of a pair of two-year-old male Eclipse Award winners and two Breeders' Cup winners from his first four crops to race - among them Horse of the Year and Triple Crown winner American Pharoah and Classic Empire.

Pioneerof The Nile was a leading sire of his generation for the past three years, including the leading sixth-crop cumulative sire in every category: Grade 1 winners, Grade 1 performers, Graded stakes winners, black-type winners and by earnings.

FIRST PUBLISHED 5:34PM, MAR 18 2019
We are all extremely saddened by the loss of Pioneerof The Nile