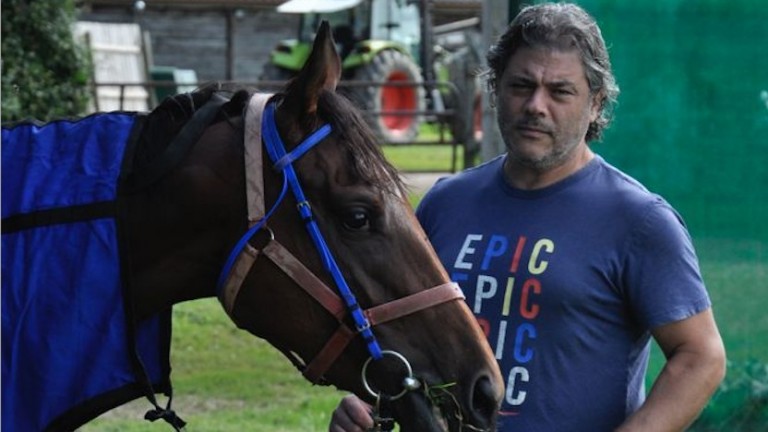 After travelling the world as an aspiring footballer, sporting quests are not unusual for Cem Sevim.

Tuesday's Prix de Psyche at Deauville still presents one of his most exciting yet when his filly Light Of Darkness carries the hopes of Turkish racing against a wealth of blue-blooded European talent.

It has been quite a journey for the three-year-old, whom Sevim bought for just $1,000 as foal at the Keeneland November Breeding Stock Sale.

Although based in Washington, where he has a construction and property development business, Sevim sent her back to his homeland and has seen her cut a swathe through the domestic competition, boasting a Turkish 1,000 Guineas victory among a string of titles.

"We came for this one and we'll maybe stay for one more, it depends how this one goes as it's the first time for the filly to be outside of the country," Sevim said. "She seems to be handling it pretty well for now but we'll see what happens in the week.

"To me this is all about sports. I like challenges so I came for one grade up. It's not about money, if I stayed in Turkey I'd have run two big races and a lot more money. This is just for the glory and I wanted to take a shot and see what is the best we can do. It'll be great if we can win, you can't value this kind of thing with money."

Western European horses have tended to head for Turkey for the international events rather than the other way around and Light Of Darkness's form is basically impossible to quantify.

What connections will understand is that the standard of the 1m2f Group 3 is high with an eight-horse field including George Boughey's Oaks runner-up Mystery Angel and the Prix Cleopatre winner Harajuku.

"It wad a bold decision for all of us," said the owner. "We're here as a team, some friends of mine, the trainer and the jockey are coming from Turkey.

"We have a lot of disadvantages in terms of training and the weather changes, if after all of that and we can still win...money comes and goes but memories, and the title, will stay there a much longer time."

Sevim adored horses since childhood but has been investing more seriously in them over the last few years, with mares and racehorses both in his homeland and in Kentucky.

He has found an edge by tending to concentrate on the generally less popular US turf pedigrees, which should translate into high-class breeding by Turkish standards.

However, his purchase of Light Of Darkness, a daughter of Galileo's Breeders' Cup Turf winner Red Rocks and US Grade 2-placed Danehill mare Charming Legacy was a little speculative.

"When the book came out we marked a few horses and she was one of them because she was from Galileo, I'm a personal fan of him," he said.

"I looked in her eyes and I felt pretty good - I'm really not an expert at buying or selling but I had no idea she'd be that cheap, I was ready to give up like ten or 15 grand but after nobody bid on her and I pretty much bought her for free.

"We put the effort in, trained her and did everything we could and she responded pretty well."

Sevim's footballing exploits included stints at a variety of Turkish clubs and trialling for the likes of Tottenham Hotspur. He took a different path after his final move to Portland. 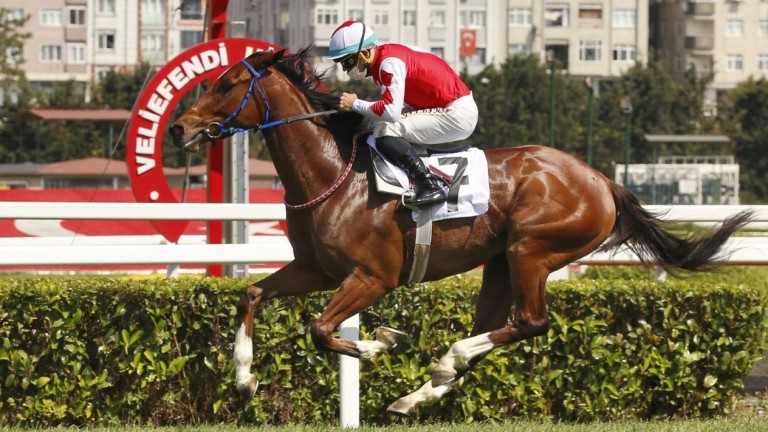 "I was playing in Turkey, moved to Europe for a short time then USA in 1999. That was the end of my career, I thought, 'Those guys don't know how to play' and I was going to be a star but instead those guys did know how to play and they injured me!"

He laughs: "At one point I was so close to Tottenham but it never happened. Instead of going to Tottenham I broke my ribs."

However, he has poured much of his knowledge and spirit into another sport.

"I see horse racing as a football game, it's very similar," he says. "The horses are like football players. They have to eat the same way, rest the same, live the same, they're athletes. And there are a lot of tactics in the race, just like football too. Even though it looks like one horse it's a team sport, there's a big team behind it. Everything has to be in order, scheduled and disciplined."

And Light Of Darkness is very much Sevim's star striker

FIRST PUBLISHED 5:58PM, AUG 1 2021
Money comes and goes but memories, and the title, will stay there a much longer time