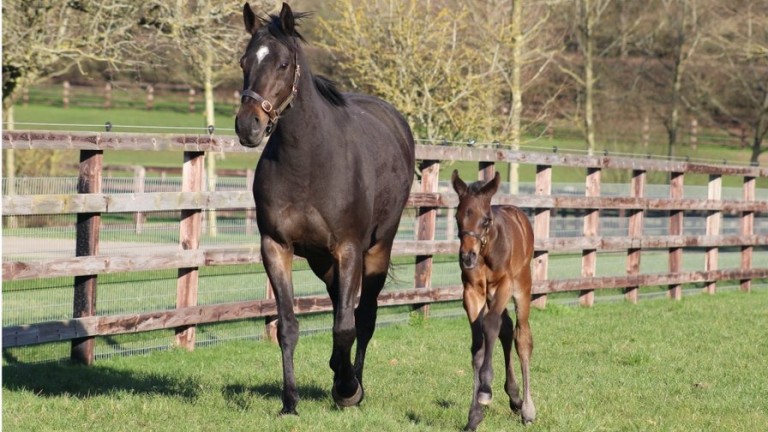 Illaunmore and her Siyouni colt stretch their legs at Chasemore Farm last year
Chasemore Farm
1 of 1
By Kitty Trice UPDATED 10:28AM, JAN 27 2022

There is plenty to look forward to in 2022 for Chasemore Farm, in particular a promising crop of two-year-olds and a high-class broodmare band set for some exciting matings.

With one-time Derby hope Uncle Bryn now with Trent Busuttin and Natalie Young in Australia, and the Group 3-winning sprinter Brad The Brief plying his trade at the age of five this year, stud manager Jack Conroy is hoping that the younger generation can step up to the plate over the next few seasons.

He said: "We had a bit of a slow year last year but we've got a few decent sorts this time around.

"I'm not sure how many are sharp; there's a Le Havre out of Wall Of Sound who is a lovely filly but she's quite backward."

Talking of whom, Wall Of Sound has been a real flagbearer for the Chasemore broodmare band, producing Prestige Stakes scorer and studmate Boomer, as well as the stakes-placed Uncle Bryn from three winners overall.

The daughter of Singspiel is set for a top-class mating with Dubawi and has a Kingman yearling colt who will be heading to the sales this autumn.

Conroy said: "We're going to the top table with her. She's currently in foal to Sea The Moon and is due in a couple of weeks."

Wall Of Sound's daughter Boomer, a product of a mating with Kingman, was a high-class performer, supplementing her Goodwood Group 3 success with a close second in the May Hill Stakes.

Her first mating produced a Lope De Vega filly, and she is another set for a covering at Dalham Hall Stud. 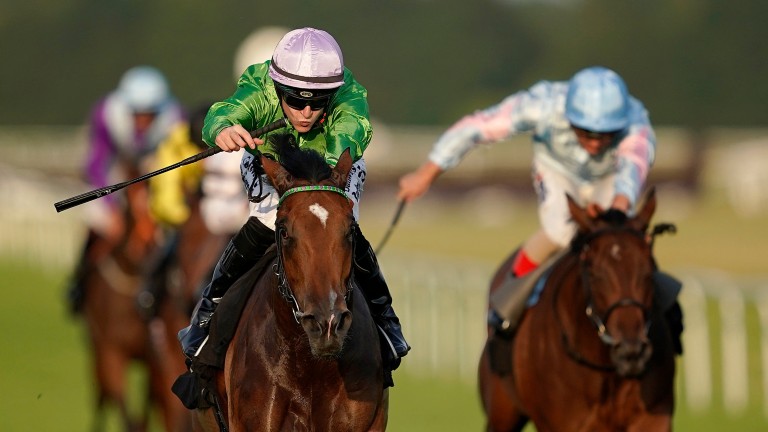 Conroy revealed: "She foaled this morning, which was our first foal of the season, and she will visit Pinatubo.

"He's well structured and Andrew [Black, Chasemore Farm owner] is particularly keen on him. Boomer's not the biggest mare so we're hoping he puts some size on her.

"Flighty Almighty, who's a half-sister to Boomer, is also going to Pinatubo."

Kenzadargent is another standout from the stud, based near Cobham in Surrey, having produced two black-type performers in Brad The Brief and Ballysax Stakes third Taipan.

The daughter of Kendargent is not carrying, having had colic issues, but is booked in to one of Coolmore's top-class young sires.

Conroy said: "She's had problems with colic over the years so she's barren again, but she's due to go to No Nay Never."

The daughter of Pivotal is set to return to Banstead Manor after her Kingman colt sold for a hefty six-figure sum last year.

"She's going to Kingman again; her Kingman colt made over half a million at Book 1 last year and is with Charlie Appleby, so it seemed an obvious mating for her," explained Conroy.

Her Invincible Spirit half-sister Formidable Kitt is carrying to Too Darn Hot but will be another to travel over to Ireland this spring. The seven-year-old's Farhh colt, meanwhile, sold to Karl Burke for 125,000gns at Book 2 last October.

Conroy revealed: "She's down for Starspangledbanner, which is the same nick as Flotus, and she's currently in foal to Too Darn Hot. She's got a lovely Farhh colt in training who we think will be nice."

Too Darn Hot is a recurring theme in mating plans, with Conroy adding that German 1,000 Guineas winner and boarder mare Nyaleti will be going to the son of Dubawi, along with the winning stakes-placed Shamardal mare Illaunmore.

Another young sire who is set to receive Chasemore Farm mares is the National Stud's Lope Y Fernandez, a Group 3-winning juvenile and multiple Group 1-placed at three and four for Aidan O'Brien and Coolmore.

"We're keen on Lope Y Fernandez, we're sending two mares to him, including Parsnip, who's a half-sister to Kodi Bear," said Conroy. "As a son of Lope De Vega in this country, and standing for a reasonable price, we're keen to support him."

The stud purchased the winning stakes-placed mare Frankel's Storm for 160,000gns on behalf of a client at the 2020 Tattersalls December Mare Sale. It looks even more like money well spent now, courtesy of the 2021 winner of the Irish Derby, Grand Prix de Paris and St Leger. 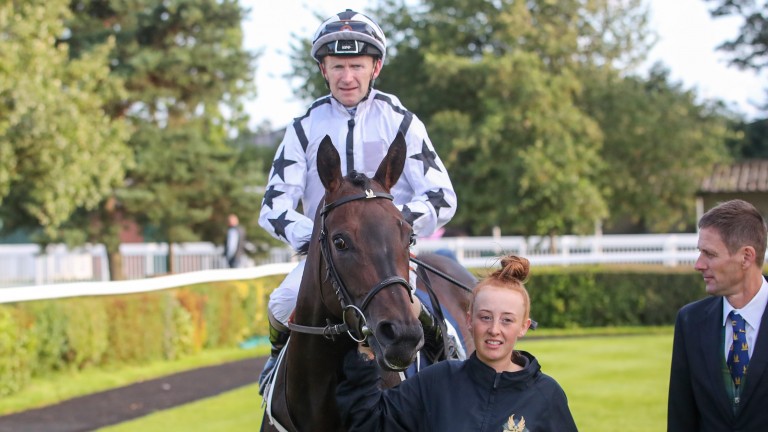 Frankel's Storm: full-sister to Hurricane Lane is going back to Too Darn Hot
GROSSICK RACING

Conroy said: "We've got Hurricane Lane's full-sister in Frankel's Storm, who is owned by a great client of ours, Chris Stedman. She's due to foal to Too Darn Hot next month and will go straight back to him.

"It will be interesting to see what the foal looks like, and the cross has worked very well."

The Listed Nottinghamshire Oaks winner Mutatis Mutandis had a Roaring Lion colt sell to David Redvers for 95,000gns last year, and she is booked in for Nathaniel this time around.

Connections are hoping for a filly next spring from the Mastercraftsman half-sister to Winter Hill Stakes scorer Distant Memories.

"She's another who's been difficult to get in foal," said Conroy. "Her Roaring Lion colt is in training with James Ferguson for Qatar Racing, and we're hoping she gets a filly when she visits Nathaniel. He had a good season last year."

Tweenhills Stud's Zoustar has his first northern hemisphere two-year-olds this year and Conroy added that the Surrey stud would again be backing the high-class prospect.

He said: "We've got two more mares going to Zoustar. We've been supporting him since he's been here and still think he's great value. His yearlings sold well and we've always liked the ones we've had."

FIRST PUBLISHED 4:24PM, JAN 22 2022
He's well structured and Andrew is particularly keen on him. Boomer's not the biggest mare so we're hoping he puts some size on her