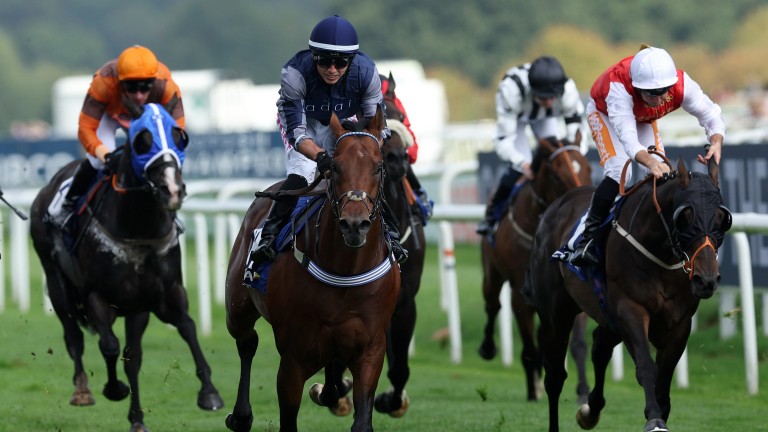 Chipstead following in the footsteps of older full-brother Oxted in the Portland Handicap
Eddie Keogh
1 of 1
By Kitty Trice 3:57PM, SEP 16 2022

The saying goes that lightning does not strike twice - but someone should try telling that to Stephen Piper, mastermind behind Homecroft Wealth Racing, the breeder of dual Group 1-winning sprinter Oxted and his Mayson full-brother, recent Portland Handicap winner Chipstead.

Chipstead was following in his two-year older brother's footsteps when landing Doncaster's historic handicap by half a length and his part-owner is excited for what the next few seasons could bring.

Piper, the chief executive officer of financial services firm Homecroft Wealth, has weathered the ups and downs of breeding and racing horses, although he acknowledges the wonderful times he has had with the two siblings.

Explaining the genesis of Homecroft Wealth Racing, of which he is head, Piper said: "It's a racing partnership that's been going a long time and we've bred Oxted and Chipstead among others.

"Homecroft is the common owner of them both but Derek Crampsie and Justin Sullivan are not involved in Oxted. When we sold shares in Chipstead, we allowed Sullivan's colours to be used for him."

Piper's story in racehorse ownership and breeding began more than 20 years ago with Dayglow Dancer, a five-time winner for Mick Channon and twice black type-placed at two, including when second to Panis in the Group 3 Prix de Conde.

Piper said: "I got involved in racing in 1999 when a friend of mine phoned me up and said he was looking for someone to have a leg in a horse with Mick Channon.

"My first ever horse was Dayglow Dancer; as fate would have it, he was successful as well as being a fairly cheap yearling.

"He wound up rated 104 at the end of his two-year-old season and ran in the Racing Post Trophy, so I thought racing was going to be like that with every horse! 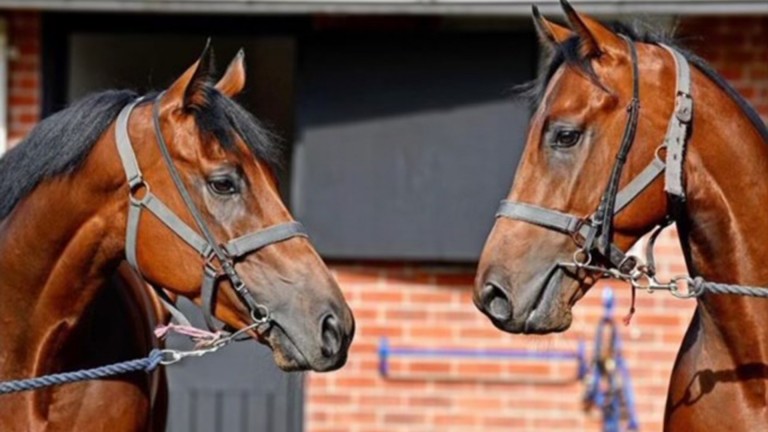 Chipstead (Chippy) and Oxted (Fenton): full-brothers and the pride and joy of Stephen Piper
Stephen Piper

"Twenty-two years on I've realised differently but I've had my fair share of success; obviously Oxted has been the pinnacle and now we've got another lovely horse in Chipstead. We'll find out next year how far he can go."

While Piper will not continue to breed from Charlotte Rosina himself, Oxted and Chipstead's dam is still very much active. The daughter of Choisir was a multiple winner for Roger Teal but sustained an injury that meant she could not fulfil her potential on the track.

"Charlotte Rosina was a racehorse for Homecroft Wealth Racing and she got a tendon injury," said Piper. "My friend Tony Hirschfeld had bred before, with Lester Piggott actually [they bred Superstar Leo together and Hirschfeld bred Chachamaidee], and was quite an experienced breeder.

"I went to him and said I had this horse who had lots of potential but her racing career was over and so I wanted to see what I could with her breeding-wise.

"Tony educated me, we took Charlotte to Mayson a couple of times and that's now history. We no longer have her, we sold her to a friend of mine [Barry Greening] and he's very happy with what's happened! She is in foal to Blue Point."

While Charlotte Rosina, who sold to Tom Malone for £45,000 from the Tattersalls Ascot Sale in November 2019, is in pastures new, that is not to say Homecroft Wealth Racing will be represented any less on the track.

Indeed, Teal bought for them a Shalaa colt out of the well-related Alexander Queen from Tattersalls Book 1 last October.

A half-brother to Shamardal's Tetrarch Stakes winner Alkasser, the colt boasts a fine pedigree as his winning dam is a half-sister to Queen Mary winner Anthem Alexander and proven sire Dandy Man. 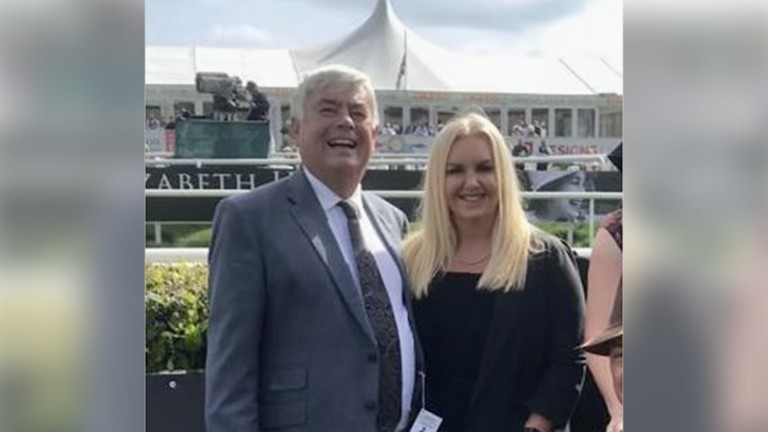 Piper said: "We've got an unraced two-year-old called Photon who we didn't breed but bought from Book 1 last year. He is a very big horse, showing lots of ability, but won't be on the track anytime soon, he's more a three-year-old."

There is also good news regarding Oxted. The July Cup and King's Stand Stakes winner has been off since sustaining a season-ending tendon injury, although he has been progressing.

Piper reported: "He's doing very well; the problem with tendon injuries is you don't really know until push comes to shove, but he's been given the most amazing treatment.

"He's on the treadmills and water treadmills, all the scans are showing very good improvement. We don't expect him to be doing anything until the new year but hopefully we can look forward to both him and Chipstead racing in 2023."

'I'd love to go to Frankel'

Barry Greening is hoping for some better fortune with Charlotte Rosina, with the 13-year-old now in foal to Blue Point after slipping to the Darley sire last year.

He said: "We set up a new company looking for some new mares. We've got two at the moment and she's been a really important one for us.

"I've just come back from Ireland having seen her and she's with a friend of mine who breeds National Hunt horses.

"She sadly slipped her foal last year to Blue Point, which was extremely disappointing, so at the moment we're keeping everything crossed she keeps her foal."

Greening, a financial adviser who also runs the Clear Racing syndicate, is not only hoping for a safe foaling for Charlotte Rosina, he also has ambitions to send her to more expensive sires if all goes well.

He said: "She's not had anything on the ground since Chipstead so the key factor for us is to ensure she's 100 per cent fit and able to foal again.

"Hopefully we can then upgrade her next covering, I'd love to go to Frankel but that won't happen for the next couple of years. Getting a Frankel filly foal would really work from a breeding perspective for me."

FIRST PUBLISHED 3:57PM, SEP 16 2022
Obviously Oxted has been the pinnacle and now we've got another lovely horse in Chipstead. We'll find out next year how far he can go