Videos & Postcasts DAY IN THE LIFE 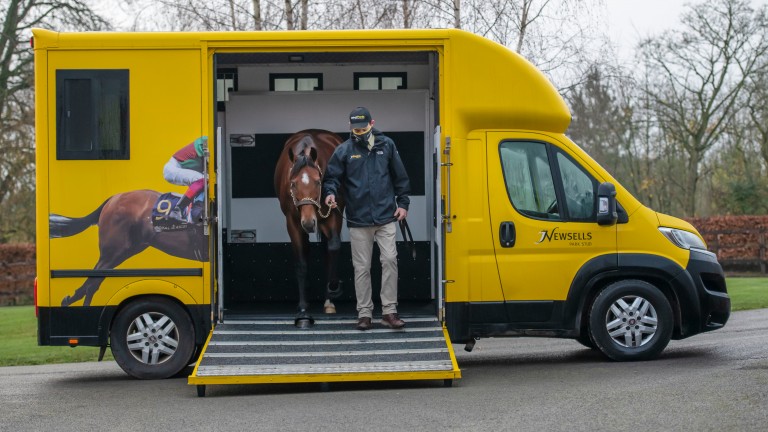 Without Parole arriving at his new home - now you can see for yourself what he gets up to each day
Melanie Sauer
1 of 1
By Bloodstock World staff UPDATED 4:41PM, FEB 18 2021

Without Parole will begin his first covering season this term, and as part of the TBA and GBRI's Great British Stallion Showcase, here's a video showing his daily routine at Newsells Park Stud.

The six-year-old son of Frankel, who is standing his debut season at £10,000, was born and raised at the Hertfordshire stud and was a superb miler on the track, his career highlight coming when winning the Group 1 St James's Palace Stakes at Royal Ascot in 2018.

He also won the Listed Heron Stakes at Sandown for owner-breeders John and Tanya Gunther, and performed with distinction and consistency when later switched to the US, his best performance probably being his close third in the Shadwell Mile Stakes at Keeneland last October, which was to be his final outing.

Thanks to Newsells Park’s stallion man David Porter-Mackrell, who went above and beyond to help put the video together.

Liked this?! Then you may want to catch up with Classic hero Kameko's daily routine too - do that via here

FIRST PUBLISHED 4:04PM, FEB 18 2021
Thanks to Newsells Park’s stallion man David Porter-Mackrell, who went above and beyond to help put the video together