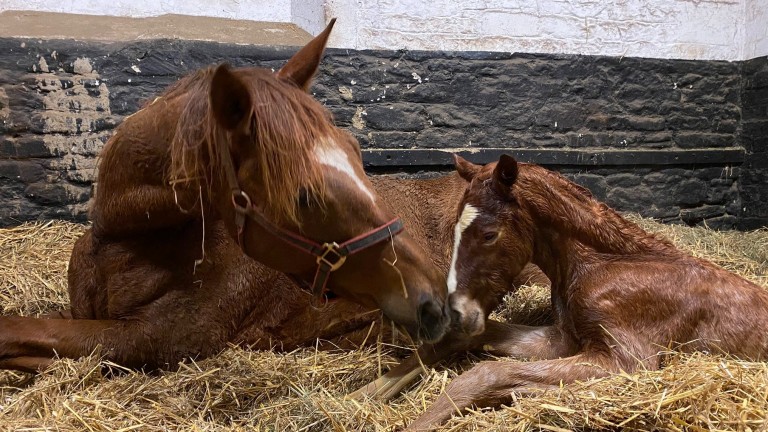 The video here is from Byerley Stud in Wiltshire, started in 2016 by Wayne and Sarah Clifford of Bathwick Tyres fame and Ian Bradbury, also the person behind the lens.

The stud has gone from strength to strength, from ten mares to now around 40 permanent boarders, and with around 55 mares covered each year. The quality of mare is on the upgrade, while the stud has grown to around 300 acres, with the purchase of more land last year.

The star of this particular show is National Stud stallion Flag Of Honour's first foal, a colt born on January 20.

Of his new-born half-brother, Bradbury says: "He's doing really well, strengthening up, is very correct and a good stamp. His dad is a very good-looking horse."

At one point in the video, courtesy of Great British Racing International, the Flag Of Honour colt is seen with his best pal, a colt by Zoustar, while there are guest appearances too from other mares.