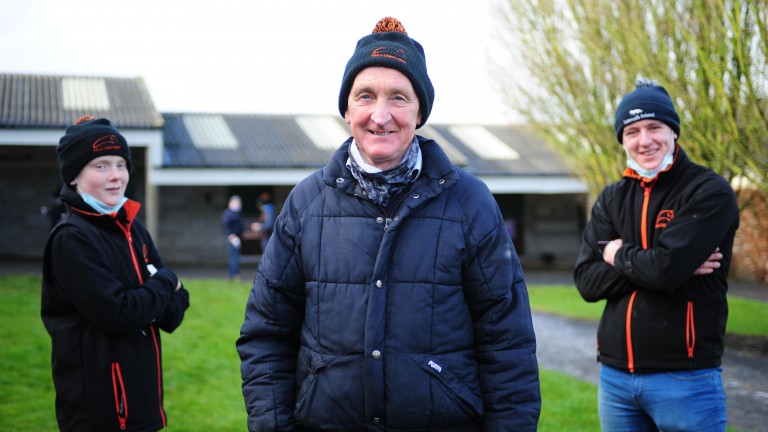 A trio of colts by the sought-after sire Walk In The Park brought the Motherway family an unforgettable day that saw a roaring trade in foals on the middle session of the Tattersalls Ireland November National Hunt Sale.

The family’s Yellowford Farm in east Cork produced the three most expensive foals on Sunday, including a pair of colts who sold for €100,000 apiece and a third who fell just €5,000 short of selling for six figures, an incredible achievement.

First up was lot 440, consigned on behalf of GCE Farm and a three-parts brother to the ill-fated Sir Erec by Camelot, a talented stayer on the Flat for Aidan O’Brien who won the Grade 1 Spring Juvenile Hurdle at Leopardstown last year after his transfer to the yard of the trainer's son Joseph.

View all the sale results here

Out of Quiritis, a Galileo sister to Group 3 Queen’s Vase winner and Coolmore National Hunt sire Mahler, he boasts a wonderful pedigree.

The strapping bay colt was knocked down to Ciaran Conroy’s Glenvale Stud for €100,000. 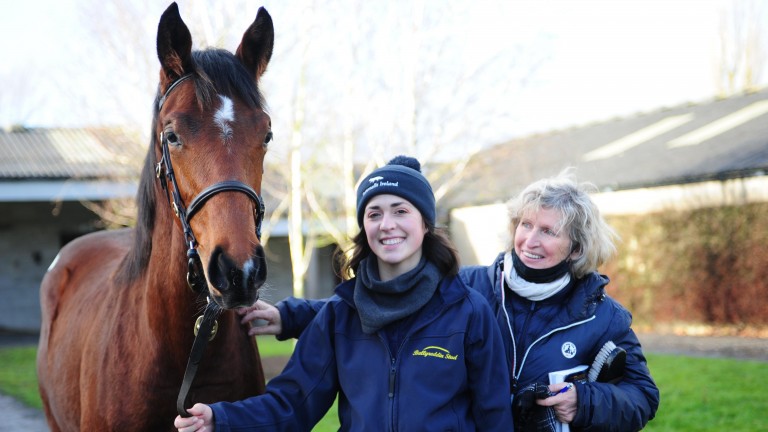 There were plenty of whispers around the Fairyhouse sales complex about another Yellowford colt by Walk In The Park, and the buzz around lot 476 was well-placed.

A grey colt, with the influence of broodmare sire Stowaway and Roselier, sire of his second dam, coming through in his coat and potentially in plenty more of his characteristics, the easy-moving colt had impeccable credentials.

He is a half-brother to Shearer, who made a promising debut in a bumper last month for Paul Nicholls and the McNeill family, just narrowly failing to catch winner Quid Pro Quo.

Shearer is the first foal out of The Crown Jewel, an unraced half-sister to Grade 1 Leopardstown Handicap Chase winner Empire Of Dirt and Panther Claw, successful at Grade 3 level and third in the Thyestes Chase.

Second dam Rose Of Inchiquin won the Grade 2 Lismullen Hurdle and placed in the the Grade 3 William Neville and Sons Novice Chase. She is a half-sister to Thyestes Chase winner Be My Belle and to the dam of Grade 1 Novice Chase winner Monalee.

The second highest priced foal since 2015, out of Quirtis, herself an own sister to the sire MAHLER, he is a half-brother to the Grade 1 winner SIR EREC. pic.twitter.com/Z8RRHpYu6j

Margaret O’Toole, acting on behalf of Aiden Murphy who was unable to travel to Ireland for the sale, went to €100,000 to secure the gorgeous gelding. The same team also purchased Yellowford’s Walk In The Park colt out of Mardale for €95,000.

"They are two beautiful Walk In The Park colts," O’Toole said. "The sire has had a fantastic year and hopefully there is more to come."

Lot 471 is the third foal out of Robin Des Champs mare Mardale, who won four times over hurdles and was third in a Listed hurdle at Haydock.

Her dam is a King’s Theatre half-sister to Galway Hurdle winner Farmer Brown and it is the further family of Kerry Lee’s Grade 1 Fairyhouse Novice Chase winner Kylemore Lough and Farmer Jack, who won what is now the Denman Chase at Newbury.

O’Toole and Murphy also combined to buy the most expensive foal so far from the first crop of Gold Cup and Irish St Leger winner Order Of St George.

From the Dwan family’s Ballyreddin Stud, he is a half-brother to a Listed bumper winner in Tetlami and was knocked down for €90,000.

"He is a fantastic example of his sire and hopefully he will be lucky," remarked O’Toole of the colt who is out of a half-sister to Group 3 Badener Meile winner Sinyar and to the dam of Grade 3 Winter Festival Juvenile Hurdle winner The Last Start.

On a phenomenally strong day of trading, the only foal in the sale by leading French-based sire Kapgarde was the fourth horse to sell for at least €90,000, making that figure to Norman Williamson’s Oak Tree Farm. 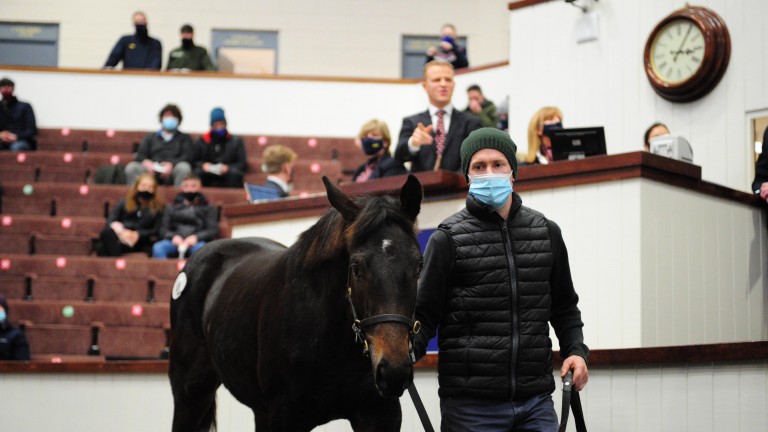 The story of Group 1 Prix du Cadran heroine Princess Zoe has been one of the brightest lights in a sometimes dark and grim year and her exploits have contributed to the growing reputation of her sire Jukebox Jury.

The Group 1 Preis Von Europa and Irish St Leger winner relocated to Burgage Stud from Gestuet Etzean in 2018 and his second Irish bred crop are catching the eye.

All seven of his foals to go under the hammer on Sunday sold, headed by Limefield Stud’s colt out of the Listed placed hurdler Flementime. He was knocked down to Richard Rohan for €75,000 and will be starring in a store sale of 2023.

"He’s a fine foal and it is a lovely happening pedigree, I am delighted to get him," said Rohan.

Foals from his family have been selling well and it is unsurprising as that pedigree includes his dam’s full sister Mrs Hyde, who won two Listed mares’ hurdles in October for Brian Ellison which included a defeat of the Grade 1 Christmas Hurdle winner Verdana Blue.

Second dam Funny Times won a Listed mares’ bumper and is a Silver Patriarch full sister to Last Of The Bunch, dam of Grade 1 Champion Bumper winner Relegate, who is a daughter of Flemensfirth.

Earlier in the day Last Of The Bunch’s full brother to Relegate made €58,000 to Brown Island Stables, sold by The Beeches Stud.

FIRST PUBLISHED 8:33PM, DEC 13 2020
The sire has had a fantastic year and hopefully there is more to come