The son of Capote sired Healthy Addiction, Boston Common and My Boston Girl 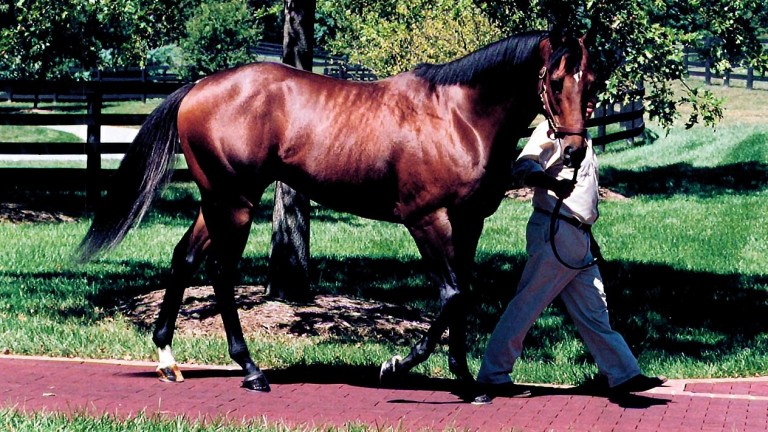 Boston Harbor: champion juvenile and Grade 1 sire has passed away aged 27
Bloodhorse.com
1 of 1
By Eric Mitchell of Bloodhorse 4:23PM, MAR 12 2021

"We are truly saddened to lose him and are grateful for all the support from his fans over the years," Yusa posted on Twitter.

Bred and raced by Overbrook Farm with trainer Darrell Wayne Lukas, Boston Harbor won six of his seven starts as a two-year-old, including the Bashford Manor Stakes.

He suffered his only loss that year in the Sanford Stakes to Kelly Kip but would not lose again, stringing together four consecutive victories that included the Breeders' Futurity and the Breeders' Cup Juvenile.

At three, the son of Capote made one lacklustre start when fourth in the Santa Catalina Stakes and was retired after fracturing a cannonbone during work three weeks later. He recovered to stand at Overbrook in 1998 for a fee of $25,000.

Boston Harbor passed away from old age on March 9. We are truly saddened to lose him and are grateful for all the support from his fans over the years. pic.twitter.com/vRKoaU20Hu

Boston Harbor's stud career did not start in blazing fashion - he ranked 14th on the 2001 freshman sire list - so he was sold to the JBBA at the end of 2001.

He would fashion a useful career in Japan, with 63 per cent of his foals becoming winners, while the best of his offspring would come from his first four US-bred crops, which included Grade 1 winner Healthy Addiction and Grade 2 scorers Boston Common and My Boston Gal.

Boston Harbor seems destined to leave his mark on the breed as a broodmare sire. His daughters have already produced 35 black-type winners and 40 black-type-placed runners that have earned more than $72.2m.

He is represented by 11 Graded/Group winners as a broodmare sire, including Off the Tracks, My Sweet Addiction and Shotgun Gulch, alongside Graded stakes winners Sealy Hill, Concord Point and Eddie Haskell. Wood Memorial Stakes runner-up Normandy Invasion is also out of a Boston Harbor mare.

FIRST PUBLISHED 4:23PM, MAR 12 2021
We are truly saddened to lose him and are grateful for all the support from his fans over the years