Breeder of the Week HASCOMBE AND VALIANT 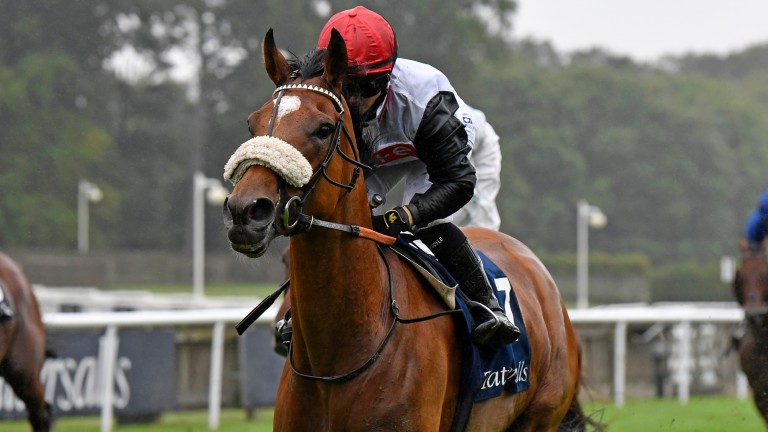 Dame Malliot’s victory in last week’s Princess of Wales’s Tattersalls Stakes was memorable not only for it being a first at Group 2 level for Hollie Doyle but for the contrasting size of horse and rider.

Although the 5ft Doyle is unlikely to be regarded as a giant in many circumstances, the statuesque Dame Malliot served to accentuate the disparity as they made their way up Newmarket's July course.

This little and large are proving to be another harmonious partnership, having won the Listed Aphrodite Stakes over course and distance a year ago.

Doyle found a quick solution to her mount’s initial bout of exuberance by letting her stride into the lead halfway through the mile and a half event and, assailed by Communique every step of the way, they pulled away again in the final furlong to win by two and a quarter lengths.

Doyle rightly claimed the headlines but credit is also due to Dame Malliot’s owner, Anthony Oppenheimer.

His Hascombe and Valiant Studs bred this filly out of winning mare Stars In Your Eyes and was to claim a notable July meeting double a day later as Dame Malliot’s half-brother Zabeel Champion, bought by Jaber Abdullah and Rabbah Bloodstock for 20,000gns at last year’s Tattersalls Craven breeze-ups, took the valuable bet365 Handicap.

"I was so pleased because we put Hollie up and she rode a very good race," said Oppenheimer.

"We thought the soft ground would slow her down - she didn’t like the soft ground at Deauville last year [when winning the Prix de Pomone) - so we were pleasantly surprised.

"We took her out of Haydock, where the ground was much worse, and we thought, 'She’s got to have a run this year', so we took the risk and it paid off." 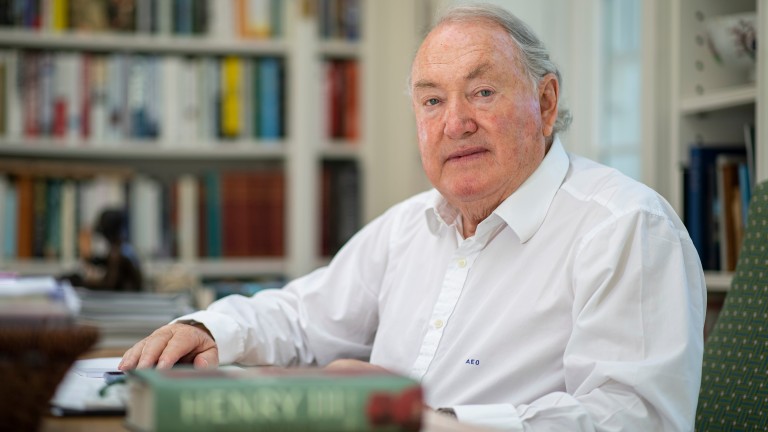 Anthony Oppenheimer's horses have been having another fine season
Edward Whitaker (racingpost.com/photos)

Oppenheimer notes an obvious trend in the family, adding: "It’s much like her half-brother, who is huge. They’re a big couple and it comes from the mare, really.

"She was tall, and by Galileo. When she won her maiden at Wolverhampton, she went across the racecourse on the corner, came all the way back and joined them, then went across on the next corner to the other side of the racecourse and won by a nose.

"I sold her a couple of years ago, she no longer belongs to the stud."

Dame Malliot will, in due course, be a ready replacement. Her fifth dam is Lora, ancestress of Hascombe and Valiant’s foremost family including Coronation Stakes winner Rebecca Sharp and its champions Cracksman and Golden Horn.

"She goes right back to Lora," said Oppenheimer. "She’ll definitely be [joining the broodmare band eventually]; obviously being a big filly one will have to find something not too big, but we’ll find the right mating for her."

More immediately, he added: "She looked wonderful after the race but common sense dictates she’ll need four weeks off, at least. We haven’t sat down and talked about what to do next.

"I know that the trainer [Ed Vaughan] was thinking of a Group 1 in Germany, but everything’s a bit upside down with the programme at the moment and it’s quite complicated to decide where to go."

Oppenheimer has often named his horses after characters from literature; recent winner Jane Marple and her very useful sister Precious Ramotswe are both out of Rebecca Sharp’s daughter Miss Pinkerton.

It would be easy to imagine Dame Malliot being lifted from the pages of Flaubert or Zola, but hers is more of a literal reference.

"It’s actually very straightforward," revealed Oppenheimer. "She’s by Champs Elysees and if you go down the Champs Elysees in Paris, the next area you come to is [Porte] Maillot."

Following the exploits of Cracksman and Golden Horn in the last decade, it is the Hascombe and Valiant fillies who have been leading the way of late. 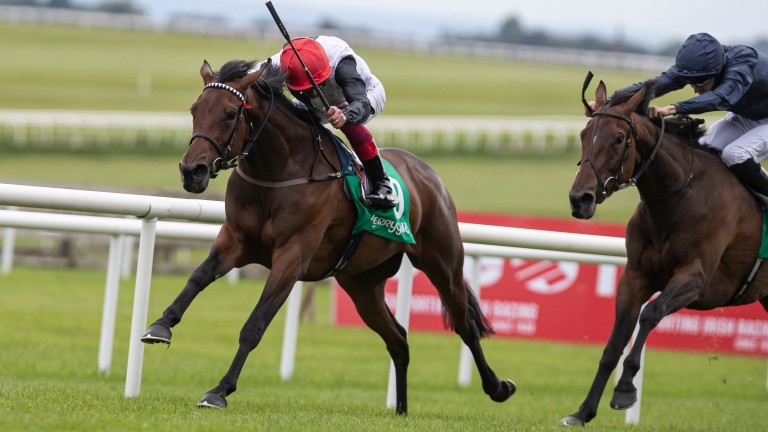 Irish Oaks winner Star Catcher is another Oppenheimer success story
Patrick McCann
Last year’s three-time Group 1 winner Star Catcher could return in the Yorkshire Oaks, while Frankly Darling followed her path by landing the Ribblesdale at Royal Ascot and was recently third in the Oaks.

Oppenheimer is quite happy to draw breath after a busy period with his runners.

"Frankly Darling is resting after the Oaks, and [promising maiden winner] Domino Darling had a bit of a cough, she’s recovering now but won’t be out for another month," he said.

"We’ve been quite fortunate this season, we just have to keep our fingers crossed."