'Would I buy a horse over the internet? I must admit I wouldn't' 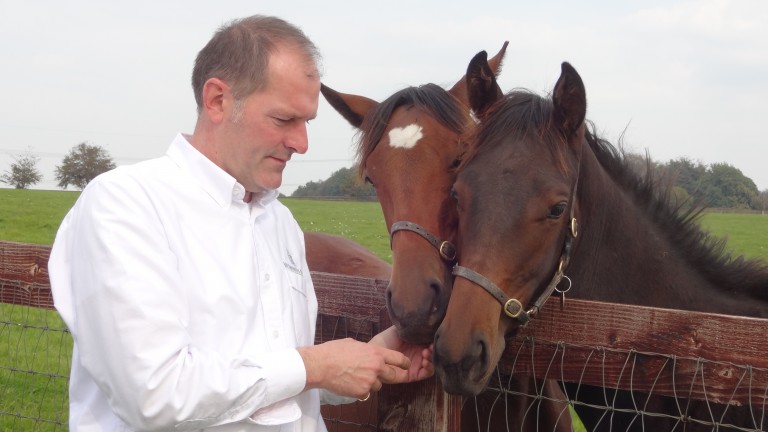 Tony Fry, manager of Hesmonds Stud in East Sussex, tells us about how he is managing – both personally and professionally – with the Europe-wide lockdown to slow the spread of the coronavirus

It's tragic seeing what's going on in the world when you turn on the news, but we've been existing in a but of a bubble. I'm relieved to say it's been just another spring in Sussex for us, and the farm has continued to run close to normal.

We've continued to have all our mares covered thanks to the TBA issuing protocols that allowed the breeding season to continue. All our staff are carrying out social distancing and taking the necessary health precautions.

I take my daily walks around the stud and look out on the South Downs, and I just feel blessed. Especially when you think of so many people having to endure lockdown in cramped conditions in the cities.

All the mares have foaled in France this season, since Nurlan [Bizakov, owner of Hesmonds Stud] bought Montfort et Preaux in Normandy last year. So I've not seen many of the foals, only a few of the early arrivals. Otherwise I've been relying on pictures.

Nazym, the dam of our Musidora Stakes winner Nausha, has produced a Kingman colt who is lovely and she is back in foal to Siyouni. Oh So Sharp Stakes winner and Falmouth Stakes runner-up Altyn Orda also has a Kingman colt on the ground – he's a smashing first foal for her.

Another cracker, though I've only seen a picture of him, is the Lope De Vega colt out of Raushan, the dam of our Listed winner Rasima. And Bee Queen, a half-sister to Sangarius, has given us a very nice Showcasing colt.

I managed to get to Montfort et Preaux earlier in the year, before everything was shut down, so it's been frustrating not to be able to see more of the babies and their mothers. But, of course, in the grand scheme of things, it's not the end of the world.

Has lockdown affected your plans for Montfort et Preaux?

No, it's business as usual at Montfort et Preaux. Le Havre is in great form on the track and he continues to cover away – his fertility is great.

We should have our first French-trained runners in the Hesmonds Stud colours imminently, as we have a few horses with Francis-Henri Graffard including Talap, a Kingman half-brother to Tauteke, and Qamka, a daughter of Mastercraftsman and First.

I suppose the industry will have to look into anything that gives people the option to trade horses, if the worst came to the worst and sales couldn't happen in their conventional way this year. It seems to work in Australia.

But would I personally buy a horse over the internet? I must admit I wouldn't. I would want to see the horse and give it a pat, and so would Nurlan and the rest of the team.

We'll have to consider that question differently this year as we've decided we're going to sell all our colts, even if it's not the best year for it. I'll certainly be hoping that buyers get to see the yearlings in all their glory.

Here's an example of why online bidding doesn't always work. When we bought Bee Queen out of Dermot Weld's yard, it was the year he had had the virus and you could tell she didn't look right with her trace clip and all. If you'd seen a photo of her you would have thought 'oh dear' and clicked past her.

But seeing the mare in person I could look at her walk, look in her eye and discern her character, and see how she behaved in repeat showings. And I liked her. 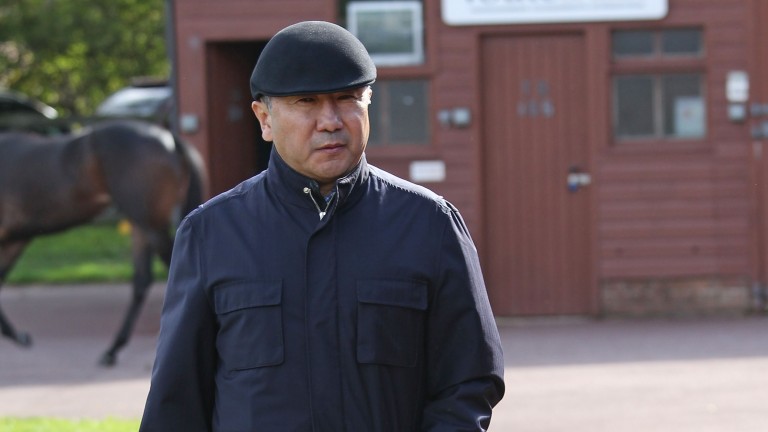 I'm not so sure. No breeder has to send a mare to a stallion who covers large books; many will know that will be the case and they still want to do it.

It's not hard to work out which stallions are likely to have 40 yearlings in Book 1. If you don't like that, don't send your mare. No one is forced to follow the crowd.

I can see the logic more for unproven stallions, as a book of 140 each year should give them plenty enough foals on the ground to prove themselves, without potentially leaving large numbers of youngsters who suddenly become undesirable if they don't make it.

Either way, I think a similar policy in Europe would be very hard to police and I should think lawyers will be rubbing their hands together at the prospect of challenging it in the courts.

Well, clearly it's going to take a hit. It doesn't matter how much money they have, owners of all sizes are going to have the jitters about the economic downturn.

On the plus side, there should be bargains out there this year as people will need to sell.

How long the market will take to recover is anyone's guess, especially if the coronavirus returns next winter and beyond.

But the thoroughbred industry is very resilient and seems to operate in a bubble. I never fail to be amazed by the sums that are traded each year in Newmarket even when there is turmoil outside the gates of Tattersalls.

The market will bounce back, but in the mean time stud fees might have to come down a bit, especially when prize-money is going to suffer and other costs such as training fees are less flexible.

Looking at the bigger picture, I think with everyone staying at home and the absence of people getting in cars and travelling that the earth has had a chance to heal itself. I look around the farm and the sky is more blue, the trees are more green.

Hopefully in future we'll all be asking ourselves whether we really need to jump on that plane or train, or in a car, and the human race will become a bit more caring and considerate.

I'd love to say I've been reading some heavyweight history, but I haven't! I mostly read racing and bloodstock magazines or look through sales catalogues.

Narcos on Netflix was very good, and the other half made me watch Normal People, which was quite enjoyable. But generally in the evenings for me it's go for a run and then off to bed.

We've got a couple of nice three-year-old colts with Archie Watson who I'm particularly looking forward to. Canagat, a son of Zoffany, won at Kempton in November, and Oleksander, by Teofilo out of Prestige Stakes winner Ollie Olga, is unbeaten in two starts.

Roger Varian has Shandoz, a son of Golden Horn who won at Wolverhampton in September, and an unraced three-year-old colt by Siyouni out of Serres, making him a half-brother to Liber Nauticus. They're doing everything right at home and should be very nice horses.

Generally, I can't wait until we're all able to safely come out of lockdown and I can go with Nurlan to Roger's and Archie's and see the horses at home and on the gallops. I'm also looking forward to getting back to Normandy to see Montfort et Preaux and just going racing again.