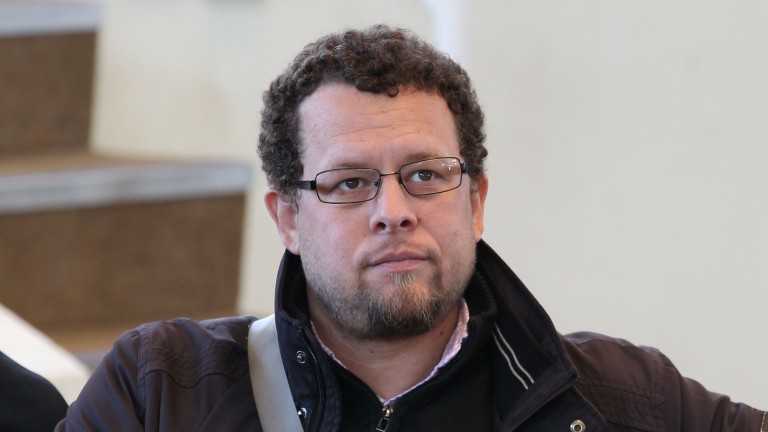 Tomas Janda: concerns over the Czech government's support of business
Laura Green
1 of 1
By Martin Stevens UPDATED 7:07PM, MAY 9 2020

I'm based in Prague. My office is in my flat, so there's been no big difference in my working life. That said, I've never spent so much time at home during the last 20 years, of course.

Lockdown was strict here. I have – or rather had, because everything is slowly getting back to normal now – less work than usual but I was still pretty busy. My clients had around 15 broodmares abroad, or wanted to send them abroad for covering.

There was a lot of planning to move them in March and sometimes we had to change our plans. I also had enough other work to do, as my agency covers all aspects of the bloodstock industry.

How has the coronavirus affected racing and breeding in the Czech Republic and neighbouring countries?

From a public health point of view, the Czech Republic and countries around us like Slovakia and Poland didn't suffer too badly, relative to western Europe. Thankfully there weren't too many infections or deaths, but then lockdown here was very strict.

But the problem in the Czech Republic in particular is that business people aren't receiving the same good support from the government as they are in Germany, Switzerland and so on. So I expect the economic impact will be very bad.

There were definitely fewer mares covered in the Czech Republic and other central European nations this year.

In recent years there had been quite a few mares travelling from neighbouring countries to the Czech Republic because we have some very good stallions here these days.

The racing industry was hit even harder here than it was in other European countries. The season usually starts in April but it looks now as though the Czech Republic and Poland will both be the first to resume, around May 17. When the season will start in Slovakia is still uncertain.

One positive is that there will be almost no prize-money decreases. In the Czech Republic there has been new co-operation with betting companies after many years of hard work to initiate it. It had looked as though we would be able to increase purses but of course in the circumstances we're now happy to at least maintain the existing prize-money levels.

For Czech trainers, owners and jockeys especially, the big problem is that we can't run abroad until June at least.

Czech-trained horses won around €3 million abroad last year and total prize-money at home was around €2 million in 2019 – so we won more prize-money in other countries than the total available here.

Owners had been keeping more horses in training because with lower expenses – training fees are around €500, for example – and that possibility of earning good money abroad, some of them have even made profit. They will have to reduce numbers now.

Central European buyers have been important for shoring up the lower to middle market at British and Irish yearling sales - do you anticipate there will be demand again this year?

I think there will still be demand but I expect to buy less and mostly for smaller prices. I expect a lot of owners will have financial problems and will be reducing the numbers of horses they have in training.

I still expect there to be some who will want to buy, though. If the economic situation brings prices down, then horses should be much cheaper and I expect some new buyers who have never bought horses abroad before might want to get involved for the first time.

That was my experience in previous economic crises, anyway. 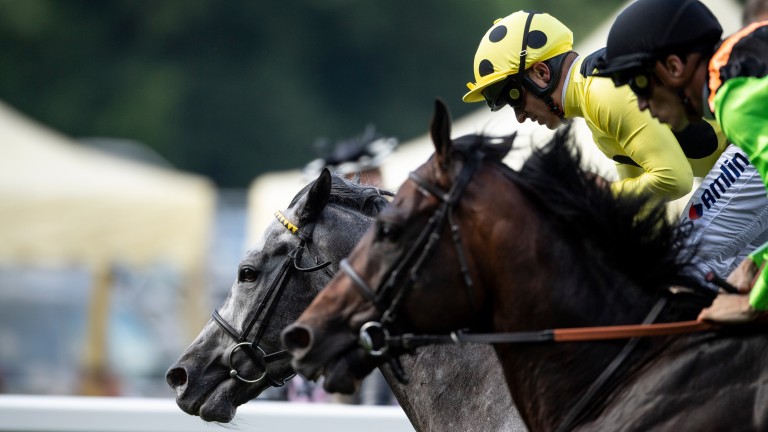 Well, naturally I hope we'll be able to travel and inspect horses but in the worst case scenario I can see them having their use.

I've bought a few horses in the past without seeing them, but it’s very, very important for me to see the horses in person and my owners also want and expect it.

If online sales do happen then I think the most important thing will be transparency. Under current rules it's almost impossible to return a horse, even for example if they have a major health problem within ten days of arriving in central Europe. Also, we'll need as much information as possible made available – veterinary files and so on.

So I think some clients won't have a big problem buying horses online but others just wouldn't do it, full stop.

Remember too, trying to judge horses from just a picture or video is far from perfect, but most importantly if we buy online we'll have to pay someone maybe €2,000 for transport, export papers, stabling and so on before we even see the horse.

That's not cheap, especially for buyers of less expensive horses and for those people it could be too big a risk.

What are you missing most that you would usually be doing at this time of year?

To be able to see my clients' new foals and going to the races.

At this time of year we usually have our first Classic races and I'd be travelling for racing abroad. I'm really missing both visiting stud farms and race days.

Yes, I think there will be some positive things. I think the world will change and the economy too.

I think in some countries, including the Czech Republic, racing will be one of the first sports to restart so we can attract new spectators – online or on TV, of course, because the restart will be behind closed doors – and mainly new bettors.

If sales companies continue to provide more information about lots, such as pictures, videos and vet files, then it will definitely help, even for normal sales in the future.

I have many clients who want to be involved in sourcing their horses and some of them have been in the industry for a long time so understand horses, and they sometimes spend more if they like the lot from the picture or video. So, the extra information would definitely help, and also bring about more transparency.

I think the yearling market was getting more and more selective but it will be even worse now. However, if good middle-market horses become more affordable then it could be positive, because even smaller racing nations need to have the chance to have top horses and they might help advance standards in those countries.

I haven't had much time to watch TV or films but I don't generally anyway. I've mainly been trying to spend as much time as possible with my baby daughter, who is six and a half months old.

I didn't see her much at all at the end of last year as I visited nearly every sale in Europe, so I'm enjoying being with her now much more.

I'm looking forward to going racing but I'm afraid the sport won't be open to the public until at least July in the Czech Republic – in some countries probably even later.

I'm looking forward to several promising horses I've bought in the last few years. I bought the best two-yer-old filly and colt here last year in Fraga and Rate, and there are many others who I think could be successful this year.

I also hope some will be successful abroad, mainly in France, and that some of them will get black type.

Along with all Czech racing fans I'm really looking forward to seeing our horse of the year Nagano Gold again. A close second in the Hardwicke Stakes last year, he could run at Royal Ascot again and I hope he can win a Group 2 or Group 1 race this year.

He was a bargain buy at £3,500 as a foal from Tattersalls and he did a great job for racing here. I think the best is yet to come from him.

FIRST PUBLISHED 5:07AM, MAY 8 2020
If we buy online we'll have to pay someone maybe €2,000 for transport, export papers, stabling and so on before we even see the horse