'I've painted two garden seats and a back door. God, I sound middle-aged!' 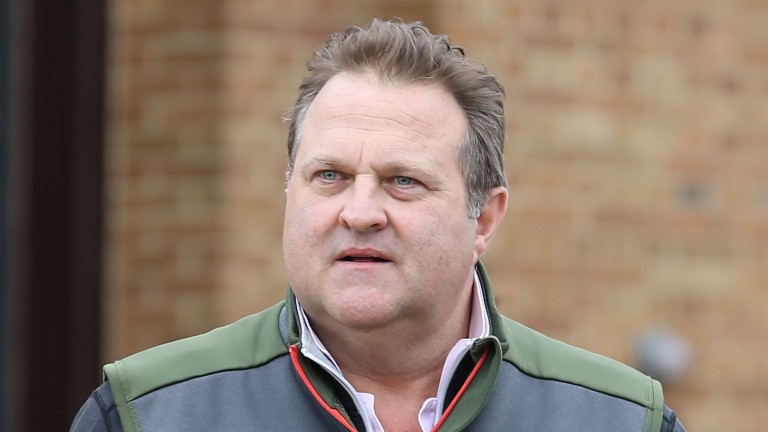 Tom Goff: taking inspiration from Churchill to get through the crisis
Laura Green
1 of 1
By Martin Stevens UPDATED 1:28AM, MAY 7 2020

Tom Goff, chairman of Newmarket-based agency Blandford Bloodstock, tells us about how he is managing – both personally and professionally – with the Europe-wide lockdown to slow the spread of the coronavirus

How is life ticking over for you?

Well, I'm corona-free at the moment – thank God. I’m based mainly at home with my wife and our two daughters, both of whom are home studying. Our son is currently working for Harry and Arthur Mitchell at Yarraman Park Stud in the Hunter Valley. He’s the lucky one!

We all exercise a fair bit (yes, even me!), eat a bit too much but quite healthily in the evenings, and everyone’s having a crack at cooking. We’re very fortunate to live in the country and we’ve been incredibly lucky that the weather has been so kind.

Zoom has kept us in touch with all and sundry – why didn’t I invent that?

Yes it is, obviously, very limited. But life is what you make of it. Mercifully, the breeding season is so far largely unscathed, thanks to great efforts from the TBA and others, so we’ve still been reorganising matings and all that usual carry on.

It’s quiet but time spent in reconnaissance is never wasted. I’m a news and live sport hound so I really miss the sport. It’s possibly a good discipline to avoid too much live news, as it can all get a bit too much after a while.

There have been some tragic stories here at home and in Italy – the brilliant Sky News reporter Sally Lockwood is one of the star journalists in my view – and recently even more horrifying images from Brazil and Ecuador.

As a trustee of Kirsten Rausing’s Alborada Charitable Trust, I have spent a fair bit of time working with that. Miss Rausing is a remarkable lady in many ways, as her recent gifts to racing charities and Addenbrooke’s Hospital demonstrate.

The pace of life is so different and it will take a little time to re-adjust to new normality, whatever that's going to be. I’ve redecorated a bedroom and a bathroom, painted two garden seats, a back door and got on top of the garden. God, I sound so middle-aged!

I really miss being around horses, going out on the Newmarket gallops in the morning and playing golf in the evenings and Sundays. Roll on the end of lockdown – hopefully not too long now!

I believe most contributors to this column have unanimously agreed to work with whatever we have to – just to get the job done.

I heartily commend all sales companies who, like the rest of us, are working twice as hard to look after customers. If transport and distancing permit, I would favour yearling sales where we can all view horses in the flesh at the sales ground. Hopefully things will have progressed a bit by then.

A yearling’s looks, conformation and action is really all you’ve to go on at that type of sale and, if we can’t see the horses from the smaller farms, that will do those guys no favours whatsoever in what’s going to be a challenging year for all concerned.

I would personally appreciate being able to bid in person to an auctioneer or spotter, not just via the online process. It seemed to work okay in Sydney (well done Inglis!) so let’s all give it our best shot. We just have to keep battling, stick together, help each other where we can and show a bit of fighting spirit.

What vibes are you getting from clients about their participation in the industry in the short term?

I haven’t spoken to anyone who wants to pull out. But I’m sure it’s going to happen sooner or later. Most people who love horses and have a real passion for the game, will only pull out as a last resort.

Holding the breeze-ups is absolutely crucial because of the role those brave traders play in the yearling sales process. People who breed and trade in horses are hardy folk – although those who buy or breed to sell are obviously very nervous ahead of the breeze-ups and the autumn sales.

But we’re all in the same boat – that’s one of the factors that brings us all together more. We’ll just have to work ten times harder to get the job done.

That's a horrible prediction to have to make. But I have to answer the question, so I’d say values might possibly drop by around 30 per cent by the time we get to the yearlings, whenever that is. But I hope I’m wrong and it won’t be so bad.

For the breeze-up sales, it's impossible to say. Our market may be worse than the stock market (which has been down 22 per cent since the crisis began) because, ultimately, a racehorse is a luxury item like an Aston Martin or a yacht. Syndicate ownership might thrive.

But things will hopefully bounce back, especially as the economy was essentially quite sound before all this started. It’ll take three to four years – hopefully less.

Socially, the world has already changed for the better in that there is a genuine sense of national unity again, as I’m sure there was during the war.

I fear we may lurch back into our old selfish ways. But we should strive to hold on to the qualities that will see us through this crisis in the end, as it will make our country a better place to live in.

As far as prices and stud fees are concerned, both will go down – the former by too much and the latter not by nearly enough!

I've seen hardly any good new movies, but I've got plenty of old favourites. My girls got me in to Modern Family, which is hilarious. I love any documentaries on Netflix or Amazon Prime.

An exceptional history doc is Professor David Reynolds’ The Long Shadow on Netflix, and check out the Unofficial History of the USA by Oliver Stone. Sunderland ‘Til I die is top class.

There’s been some really excellent work done by all the members of the Resumption of Racing Committee, which includes input from the RCA, ROA, NTF and the BHA.

When it eventually gets going again, it won’t be racing like we’re used to – it’ll pinch a bit like a new pair of shoes and obviously the prize-money to start with won’t be worth writing home about. And it'll be a shame we can’t go.

But I’m just looking forward to seeing racehorses load into a starting gate and gallop home safely. Then we’ll really know we have some sort of business model for Racing to work with.

FIRST PUBLISHED 11:36AM, MAY 5 2020
When racing eventually gets going again, it won’t be like we’re used to – it’ll pinch a bit like a new pair of shoes