'I've been enjoying post-dinner quarantinis with friends on video call' 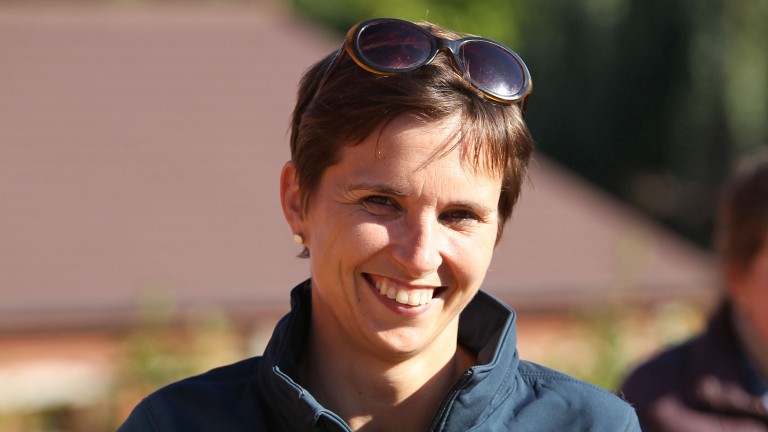 Tina Rau: thinks her Group 1-winning buy Wonderment could have a big year ahead
Laura Green
1 of 1
By Martin Stevens UPDATED 3:16PM, APR 30 2020

I'm doing my confinement, as they call it here in France, in Chantilly at my partner [trainer] Nicolas Clement's place. We also have three of Nick's (grown-up) kids, plus one of their boyfriends, and two of his apprentices staying with us while the racing school is closed.

There's also Nicolas's assistant Tim Donworth, who lives in a little house in his garden, so all in all it's actually probably more lively here than at most other times!

I've put myself in charge of preparing lunch for eight every day –dinners are up to the 'kids' – and we've had some fun games nights with the crew. We're also fairly regular users of the Houseparty app for enjoying an apéro or post-dinner quarantinis with various friends.

Apart from that there's chickens, dogs, a garden, books and lots of sleeping to keep me amused and make the best of this strange time.

See above! Apart from that, I'm lucky in that I'm able to go with Nicolas to watch a lot or two when I feel like it.

I also had a fair bit of catching up to do admin-wise at the beginning of lockdown, having just returned from a two-month spell in Africa, where I added a qualification as a safari guide to my ever-growing list of random certificates.

Then there's been the keeping in touch with clients and studs about mares, foals, coverings and so on.

I followed the Inglis Easter online sale with interest and was delighted to see it was a success, but...

The Australian market seems way ahead on the digital front, the Easter Yearling Sale remains a relatively small sale in terms of quantity of lots, 80 per cent of the consignors are in a couple of hours' drive of each other and plenty of trainers and agents actually managed to see the horses at the studs before the auction.

I do a week-long yearling tour in Normandy before both the Arqana August and October yearling sales every year – I'm someone who likes to see a horse multiple times before bidding on one, and I'm not sure I'd love buying a horse I'd only seen once before – but I guess we'll have to cross that bridge when we come to it.

Either way, I don't see myself buying a breezer or yearling that I haven't seen in the flesh beforehand, so a lot will depend on freedom of movement – even within Europe – to go and see the horses at the studs if need be.

We're all in this together, and I think we've already seen some nice initiatives where sales companies and people have pulled together – be it to create the best outcome for all the sport's participants or to just provide some light entertainment in these dark times.

While I'm not on social media myself, I've been getting some good giggles out of various Twitter accounts that I've had the time to stalk. Special shout out here to Jamie Osborne and his team, who are just brilliant in what they come up with.

And another plug for a commendable incentive – this time in Germany and called Wetten Dass...?! [Bet On It?!], which aims to sign up 100 people before the start of the racing season who pledge to bet €50 in every single race run in Germany until mid-June. The idea is to promote the Tote system, which is the fundamental source of income for German racing and thus boost prize-money and try to make things a little easier on racecourses and the industry base.

Meanwhile, here in France it looks like racing will be the only sport able to go ahead from May 11 onward, so there's hope that we can actually capture a whole new audience of bored fans who have no football or other sports to keep them entertained. Fingers crossed. 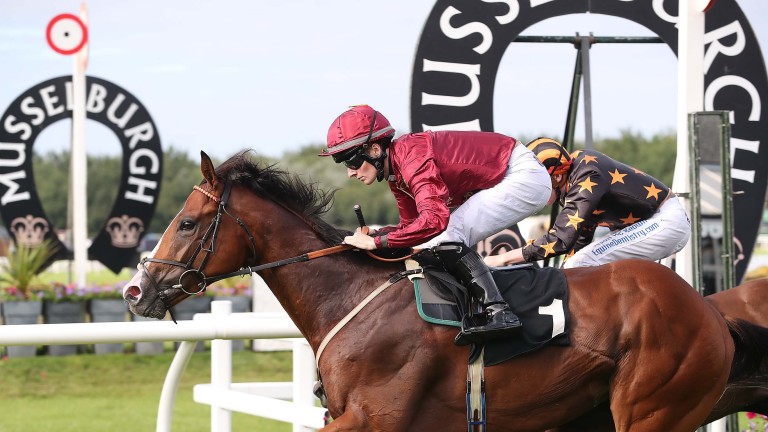 Above: the Archie Watson-trained three-year-old is nominated as a horse to follow
John Grossick (racingpost.com/photos)

What are you missing most, that you would normally be doing at this time of year?

I guess it's the first barbecues with friends in the garden and of course attending the first 'proper' races of the year – from the nice three-year-old maidens at this time of the year to the first two-year-old races. It's normally such an exciting time.

And of course there would be studs to visit and this year's foals to see, as well as getting a glimpse of some of the yearlings.

Even if it looks like racing might be able to resume here in France  before too long, it'll be very different behind closed doors – and unlikely that agents like myself will be able to be present. Watching it on telly won't quite be the same.

You purchased the Group 1 winner Wonderment with Nicolas for just €60,000; does she stay in training this year and if so, what are the plans for her?

Nicolas had a pretty bad virus in the stable last year, but that's well behind us now. Wonderment has stayed in training – she's much stronger than she was last year and hopefully will have a nice season in front of her. If all goes according to plan she'll start off in a Listed race at Longchamp in mid-May before possibly travelling stateside for the New York Handicap in Belmont in late June.

Later on in the year she should have plenty of high-class opportunities on both sides of the Atlantic. She's shown that she's easy to travel, so fingers crossed we'll have some fun!

I discovered West With The Night, a book by Beryl Markham, coming out of my African phase.

Beryl Markham was an extraordinary woman: born in England, she grew up in what is now Kenya and was the first person to successfully fly solo non-stop from the UK to the US. She was also a successful racehorse trainer for most of her life, and probably the first ever licensed female trainer.

West With The Night is an autobiography, and apart from being an ace pilot and horsewoman she's a pretty good writer, too!

Which horses are you most looking forward to seeing when racing returns?

I can't wait to see Above back on the track. He's trained by Archie Watson and owned by Sheikh Fahad; I bought him as a yearling for Morna McDowall, who sold him at the Arqana Breeze-Up Sale. He won three races as a two-year-old and is Group 3-placed already. According to his connections he should have a nice black-type win in him this year.

There is plenty to look forward to here in France, too. Control Tower, a daughter of Youmzain bred by Stella Thayer (who also owns Wonderment), and Conte De Fee, a Sea The Stars filly from the family of Petrushka owned by Alexis Adamian, are probably my favourite three-year-old fillies in the stable. Both of them should have black type of sorts in them.

My dark horse is Reshabar, a three-parts brother in blood to Nathra trained by Markus Munch here in Chantilly and owned by Erich Schwaiger, for whom I bought the dam.

FIRST PUBLISHED 5:11AM, APR 29 2020
I've been getting some good giggles out of various Twitter accounts that I've had the time to stalk. Special shout out to Jamie Osborne and his team