Mick Flanagan hoping to be rewarded for a bold investment 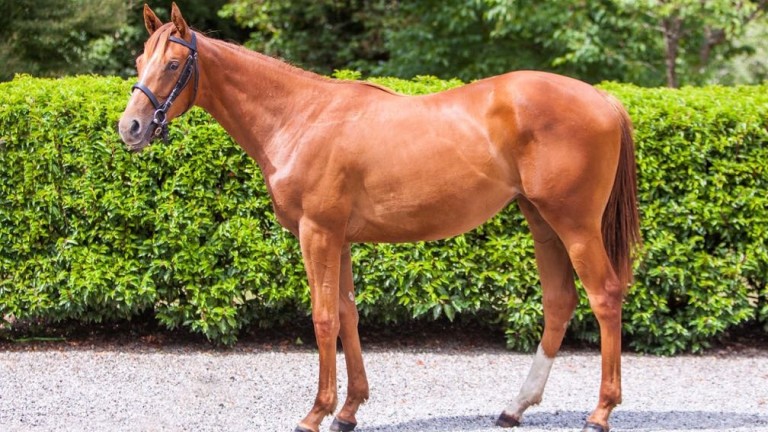 News of the high-class sprinter Tasleet's enrolment on to the Nunnery Stud roster for next year provided a timely boost to his sister who comes under the hammer as lot 203 at the Goffs Orby Yearling Sale on Tuesday.

The filly, who forms part of the blueblooded draft from Baroda and Colbinstown Studs, is a punchy pinhook by Mick Flanagan, the agent having paid 220,000gns for her at Tattersalls last year.

“She never put a foot wrong in her prep and is showing well, and thank god as she's the most expensive foal I've ever bought,” reported Flanagan at Goffs on Sunday.

Explaining why he dug so deep to secure the daughter of Showcasing, he added: “I really believe in the stallion. I think he's something very special.

“He's getting top-class horses here in Europe, in America, in Australia and Singapore – the world over. I'm not sure I've ever seen a stallion do that so quickly before.

“Then of course the filly is a full-sister to a fabulous racehorse in Tasleet, who I'll certainly be supporting when he retires to Nunnery, and is from the immediate family of another top sprinter in Battaash.

“Plus you have Cadeaux Genereux as broodmare sire, the same as Harry Angel. She has a lot in her favour and has incredible residual value as a broodmare.”

A six-figure pinhook price might leave little margin for error but it could prove the best course of action for traders in a market as unforgiving of any lapses in quality in terms of physique and pedigree as it is has been so far this yearling sale season.

Inspections at Goffs continue on Monday ahead of the start of the Orby sale at 11am on Tuesday.

In pictures: inspections under way for Ireland's premier yearling sale