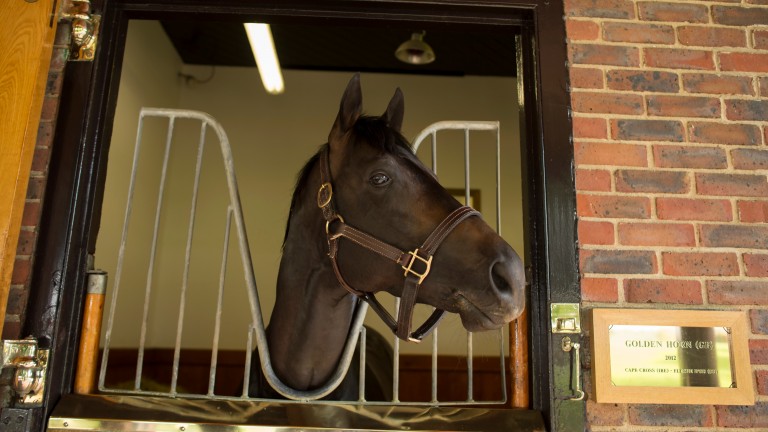 The temporary cancellation of racing has inhibited thousands of horses from showcasing their potential and realising their value. This is especially relevant to those middle-distance sires who were bound to excel once their progeny turned three. Those vested in such stallions will be as eager as any to see the resumption of racing.

Below are three sires whose progeny ought to show significant improvement from two to three.

The 2015 Champion Three-Year-Old colt in Europe retired with an official rating of 130 after winning four Group 1s consisting of the Derby, the Eclipse, Irish Champion Stakes and the Prix de l’Arc de Triomphe.

His tremendous three-year-old campaign (which also included narrow defeats in the the Juddmonte International and Breeders’ Cup Turf) resulted in him retiring to the Darley roster at a fee of £60,000, amassing almost £4.5 million in prize-money.

Golden Horn made his debut at the backend of his juvenile year, showing plenty of greenness to win his maiden by a head on the 29th of October. It therefore was to be expected that Golden Horn’s progeny would prosper from two to three.

Despite this, he managed to sire two stakes-winning fillies. West End Girl landed Group 3 Sweet Solera Stakes, and Simon Crisford’s Festive Star also won a stakes race in Italy prior to going off a short price for a Deauville Group 3.

The Jessica Harrington-trained Gold Maze, Golden Horn’s most expensive yearling costing 550,000 guineas, showed up well in the Group 2 Beresford Stake Stakes behind Innisfree with just one run under his belt.

Behind two more clued up rivals, he pulled clear of the rest on testing ground. He looks an exciting colt, as does the John Gosden-trained Cape Palace.

The 300,000 guineas foal looked a bright prospect when winning by eight lengths on debut at Newcastle before running a tad too freely at Newbury. William Haggas also has a useful filly for Golden Horn’s owner Anthony Oppenheimer in Domino Darling, who overcame testing ground to win a Doncaster maiden on debut towards the end of October.

Golden Horn has maintained triple-figure book sizes through his second, third and fourth seasons at stud. His crop of two-year-olds this year includes a three-parts brother to Sea Of Class named Love Is Golden, a half-sister to Nathaniel named Silver Horn out of blue hen Magnificient Style and a half-brother to Jack Hobbs named Safecracker. 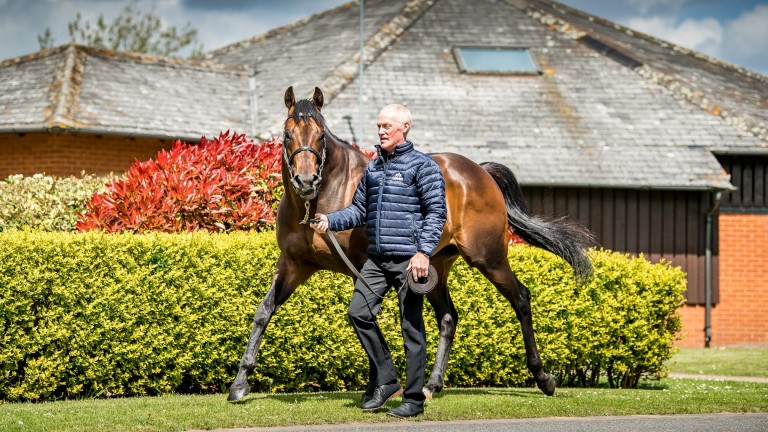 8yo b
Oasis Dream - Tahrir (Linamix)

When the four-time Group 1 winner retired to stud, he did so with the reputation as one of Europe’s best sprinters since the turn of the century, earning a Racing Post Rating of 127 for his final start win in the Group 1 British Champion Sprint Stakes. His July Cup win and demolition job in the Group 1 Commonwealth Cup in 2015 were further feathers in his cap upon retiring to stud.

Muhaarar was precocious, making his debut as a juvenile in May, progressing to beat Jungle Cat in the Group 2 Gimcrack Stakes. That said, his season of immense improvement was at three, starting the campaign off an official rating of 114 and ending it nine pounds higher on 123, leading him to be crowned Champion Three-Year-Old Sprinter in Europe of 2015.

The strong demand for the crack sprinting son of Oasis Dream led to his opening book of mares consisting of 60 per cent black type performers and one third were Group race winners. One might argue that his book was too good to really hit the ground running with his two-year-olds. By virtue of the Pattern programme, most stakes races are allotted to horses aged three years and over therefore it is likely we will see plenty of Muhaarar’s progeny improve this year.

To date, he has managed to produce Joseph O’Brien’s Group performer Unforgetable but there are many still relatively unexposed.

Tom Dascombe’s Gifted Ruler wasn’t beaten far at Listed level in France and the Shadwell homebred Raheeq showed plenty of promise when a wide margin winner at Bath, appearing as though she had plenty left in the locker.

John Gosden’s Enemy, who is owned in partnership by Qatar Racing and Lady O’Reilly, looked a horse of natural raw ability when winning on debut at Ascot. The €420,000 yearling could reach the heights of his half-sisters Magic Wand and Chicquita.

Muhaarar’s yearlings have realised up to 925,000 guineas, averaging 124,000 guineas. His fee was trimmed to £20,000 from £30,000, which he stood for during his first four seasons. He has been met with sustained support at Nunnery Stud, receiving a star-studded group of mares, nearly half of those covered in his second to fourth books achieving black type during their racing careers. 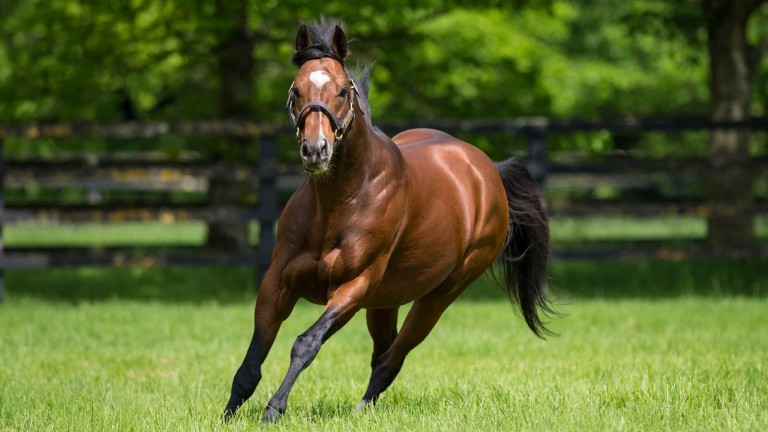 Dermot Weld’s top-class Prince of Wales’s Stakes winner didn’t make it to the track until August of his juvenile season, but knew his job well enough to win by over five lengths on debut, turning out just three weeks later to chase home Australia in the Group 3 Breeders’ Cup Juvenile Turf Trial.

Injury curtailed his Classic campaign but he showed he was a much better three-year-old when chasing home Noble Mission in the Champion Stakes at Ascot on just his fourth start.

The Moyglare Stud-owned colt had achieved so much in so few races and was kept in training at four, gaining a Group 1 win at Royal Ascot in the Prince of Wales’s, earning him a Racing Post Rating of 124.

A severe bump in the Irish Champion Stakes left him value for more than the winning margin behind Golden Horn. He retired as one of the best middle-distance horses of his generation and was named Joint Champion Older Horse in Europe in 2015.

By Derby winner High Chaparral from a hugely successful Moyglare family, Free Eagle produced the Listed-winning Justifier in his first crop, who also placed at Group level before being sold to Hong Kong.

He was trained by Ger Lyons, who also has the stakes-placed filly Auxilia, who built on her wide-margin maiden win to follow home the highly regarded Irish 1,000 Guineas bound Fancy Blue in the Listed Staffordstown Stud Stakes. Free Eagle also boasts two Derby entries in the Joseph O’Brien-trained Thames River, who overcame greenness when landing his maiden on his latest start and Andrew Balding’s Khalifa Sat, who produced a resolute effort to win his maiden at Goodwood.

Free Eagle’s yearlings have made up to €400,000 and all roads lead to him adding more stakes horses to his tally once racing resumes. Despite his yearlings averaging over 37,000 guineas, last year breeders were able to avail themselves of a ‘Free Eagle, Free Return’ offer by the Irish National Stud, where upon purchasing a nomination to Free Eagle for €12,500 last year, the breeder received a free return in 2020.