The heroes hiding among the past year's stallion statistics 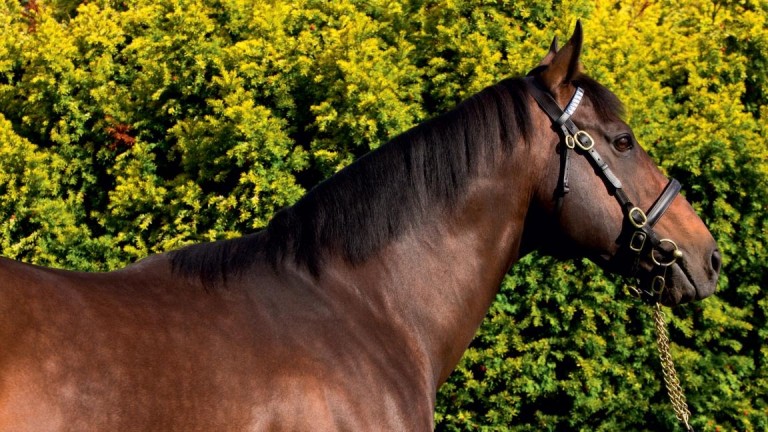 The expat who delivered a lot of juvenile winners

Only three of the top 50 two-year-old sires by progeny earnings in Europe this year recorded a winners-to-runners ratio in excess of 50 per cent.

The very best figure – 20 out of 34 for 58.8 per cent – belonged to Scat Daddy; no surprise there, as the late stallion is renowned as an outstanding source of precocity and the majority of his runners were the best-bred and most attractive youngsters from his final crop imported from the US.

Neither is it unexpected to see Scat Daddy's son No Nay Never return the third best winners-to-runners ratio of 29 out of 55 for 52.7 per cent, as the success of his first-crop representatives is by now well-known. Think Ten Sovereigns, Land Force and so on.

However, the identity of the sire with the second best percentage will likely be more of a revelation. For it was former Tally-Ho Stud resident Sir Prancealot, who supplied 16 winners from 30 runners at a clip of 53.3 per cent.

Lady Prancealot and Ginger Nut have been exported to the US, which makes sense as Sir Prancealot's progeny have excelled stateside – his daughters Beau Recall and Madam Dancealot having struck in Grade 2 events there this year.

What makes the stallion's achievement with his two-year-old crop all the more creditable is that those runners were bred off a fee of €6,000 and those who came on the market as yearlings in Britain and Ireland sold for a median price of just £9,450.

Sir Prancealot did not stand at Tally-Ho Stud this year, remaining at Cornerstone Stud in Australia – where he is amusingly marketed as “the first horse to beat Frankel”, his first crop yielding a greater number of two-year-old winners than his more famous stallion contemporary.

This year's Irish-bred crop of Sir Prancealot yearlings sold for a median of £8,660, so there might have been bargains available, although Shadwell seemed attuned to the sire's success, paying 160,000gns and £85,000 for two of his colts.

A young broodmare sire to note for the future

There were 13 names who were represented by at least nine stakes winners as broodmare sire in Europe this year, many of them the usual suspects – the likes of Danehill, Kingmambo and Sadler's Wells.

It has been remarked upon many times this year how unusual it is for the two dominant horses in this department, Galileo and Pivotal, to be still in active service. They fielded the largest tallies of stakes-winning maternal grandchildren in 2018, with 26 and 21 apiece.

But there is another stallion among the top 13 by this measure who has five fewer crops on the ground than the next most recently retired to stud, and only 176 runners out of his daughters this year compared with 474 for Galileo and 466 for Pivotal.

That young stallion signalling he could be an important broodmare sire is Shamardal, whose nine stakes winners as damsire in 2018 included Irish Derby hero Latrobe, Prix Morny winner Pretty Pollyanna and the German Group-winning half-brothers Hello Youmzain and Royal Youmzain. Not among that number is the Steward's Cup scorer Gifted Master.

It is not earth-shattering news that Shamardal is turning out to be a fine broodmare sire, of course. He is, after all, a leading source of top-class talent in his own right and has a superb pedigree, being a son of Giant's Causeway closely related to another blue-chip international sire in Street Cry.

What is remarkable, though, is how Shamardal's success as a broodmare sire has thus far not necessarily stemmed from the most obvious places.

Spasha, who has produced four stakes performers including Hello Youmzain and Royal Youmzain from four runners for Rabbah Bloodstock, was a 25,000gns Book 1 yearling and never raced, while Shobobb, the dam of £750,000 prize-money earner Gifted Master, was also unraced and a €13,000 Goffs November Mares' Sale acquisition.

Another horse who could be construed as illustrating Shamardal's ability to upgrade a pedigree through the distaff line is Californiagoldrush, a filly by the disappointing sire Cape Blanco who won the Grade 2 Sands Point Stakes at Belmont in September. Her dam, Qaraaba, was an 11,000gns Tattersalls July purchase by Seamus Durack, who trained her to win four races before she was sent to the US, where she won at Grade 3 level.

Camelot stood head and shoulders above his fellow European second-season sires in 2018, with nearly double the progeny earnings of his closest pursuer Intello and four more stakes winners than that peer.

That pair, along with Declaration Of War, Havana Gold and Style Vendome, all posted Group 1 winners over the past 12 months, while Farhh fielded the Derby runner-up Dee Ex Bee and Dabirsim, Dawn Approach and Society Rock had their fair share of useful performers.

However, there are various statistics that suggest that one of the most admirable performances by the sophomores this year was put up by Cityscape with less ammunition, in terms of quality and quantity.

Overbury Stud's son of Selkirk posted three stakes winners (Dan's Dream, Give And Take and The Broghie Man) – as many as Declaration Of War and Society Rock, only one fewer than Havana Gold and two fewer than Dawn Approach.

That was in spite of him having far fewer runners than those others. He had 48, more than half the figure for Declaration Of War and 82 off the 130 who represented Society Rock.

Farhh, who has fertility issues and cannot cover larger numbers, is an honourable exception as he had only 37 runners.

Cityscape's opening stud fee of £5,000 was also dwarfed by most among the 2014 intake to stud in Britain and Ireland – Camelot, Dawn Approach, Declaration Of War and Intello all retired for €25,000 or more – although the late Society Rock produced plenty of quality from a larger number of mares covered at just €6,000.

Cityscape has also sired the classy handicapper Urban Aspect to make it four runners with a Racing Post Rating of 100 or higher, or ten per cent of his runners in Britain and Ireland. That is higher than some big names such as Dark Angel, Exceed And Excel and Kodiac, who had much larger representation.

Having hinted he might be a priceless upgrader of stock, Cityscape deserves to be busy next year at a fee of just £5,000 again.

A high quota of quality for these jumps sires

Jumps breeders using statistics to inform their mating plans have to sift through many stallions unavailable to them either because the leading names are deceased or they are stationed in France. And in the latter case the figures will be skewed because, generally, their runners will have already been tested and only the more promising individuals sent across the Channel.

Of those, only Great Pretender and Network are not dead or pensioned from covering duty.

Next come two stallions who stood in Britain and Ireland but belong to yesteryear – Sir Harry Lewis (57 per cent) and Portrait Gallery (55 per cent).

The best strike-rate of runners rated 115 or more for a stallion active in Britain and Ireland is claimed by Beeches Stud resident Soldier Of Fortune, who had 12 offspring fall into that category out of 22 runners for a clip of 55 per cent.

The son of Galileo's sire-power is no secret, of course, as he has covered 950 mares in the past three years. But at least those statistics suggest the faith of his large fan base might not be misplaced.

Looking further down the list for less obvious insights, it is notable that the Longford House Stud-based pair of Vinnie Roe and Brian Boru return strike-rates of 51 and 46 per cent respectively.

Another who came in with a high ratio of 115-plus rated jumpers in the last season – 43 per cent – was Glenview Stud's Sholokhov, and that was with his two best jumpers to date, Don Cossack and Kruzhlinin, no longer running under rules to bat for him.

FIRST PUBLISHED 4:16PM, JAN 12 2019
There are various statistics that suggest that one of the most admirable performances by the sophomores this year was put up by Cityscape