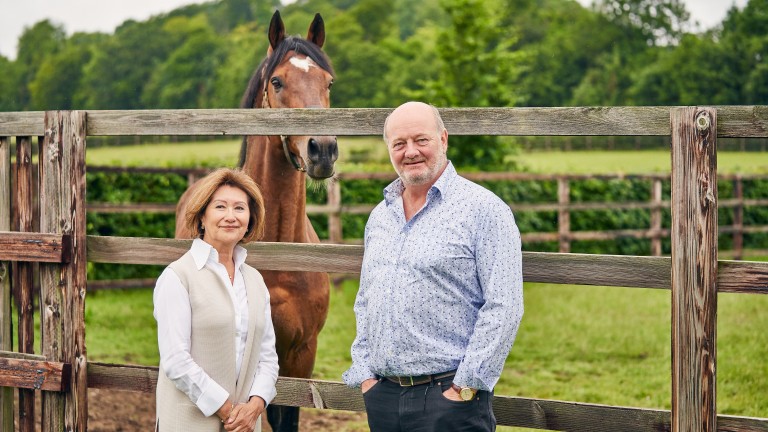 Ownership of Newsells Park Stud, home to stallions Nathaniel and Without Parole and the source of multiple Group 1 winners including Japan and Waldgeist, has been taken over by Graham Smith-Bernal after the tech entrepreneur and businessman purchased the farm from Jacobs Holding AG for an undisclosed sum.

The lock, stock and barrel deal, which was brokered by Windsor Clive International, comprises the 1,200 acre Hertfordshire farm and the stud's entire blue-chip bloodstock portfolio, including Shastye, dam of Japan, Mogul and 14.2 million guineas worth of Tattersalls yearlings, and Newsells Park's share of Waldgeist's dam, Waldlerche.

The 63-year-old Smith-Bernal is the founder of Opus 2 International, the company which has pioneered paperless technology in the legal sector. The first major trial to use Opus 2's award-winning software, Abramovich vs Berezovsky in 2012, was conducted virtually paperless, saving over five million pages of documents. Opus 2's cloud-based Magnum platform is considered an industry standard the world over. 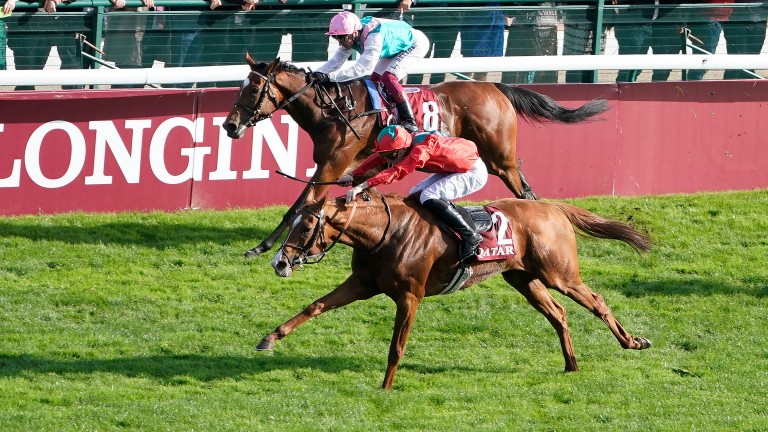 As well as having been a client of Newsells Park for the last six years, Smith-Bernal also has horses in training with the likes of William Haggas, John Ryan and Keith Dalgleish.

He said: "Newsells Park Stud dates back almost a century and is part of the fabric of British and international horseracing. As an existing client, I have had the pleasure of witnessing at first hand the meticulous professionalism, attention to detail and service provided by [general manager] Julian Dollar and his team, both in preparing horses for racing and yearlings for the sales ring.

"I consider it a huge honour and a privilege to have acquired Newsells Park and look forward to building on the legacy of Klaus J Jacobs and the previous owners, to ensure that the stud remains at the pinnacle of breeding and racing." 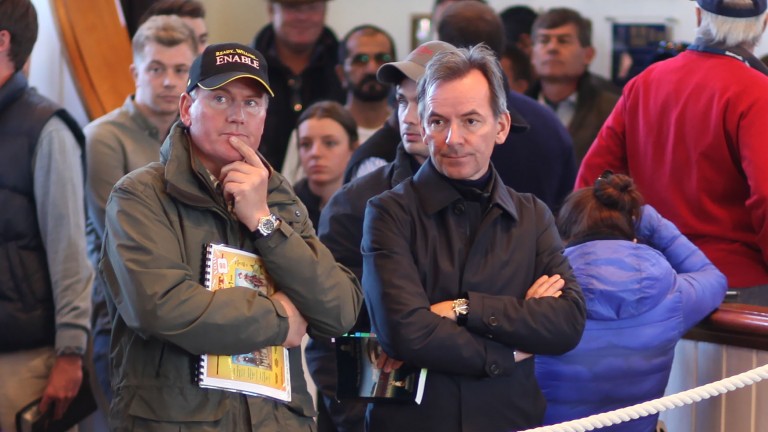 Newsells Park Stud was established in 1926 by Sir Humphrey de Trafford, whose family owned the property until 1972. Among his success stories was breeding the 1959 Derby winner, Parthia, and the previous year's St Leger victor Alcide.

The current incarnation of Newsells Park is the vision of German-born billionaire Klaus Jacobs, who bought the farm in 2000. The stud, which has been run by Jacobs' family since his death in 2008, is now renowned as one of Europe's pre-eminent commercial nurseries. 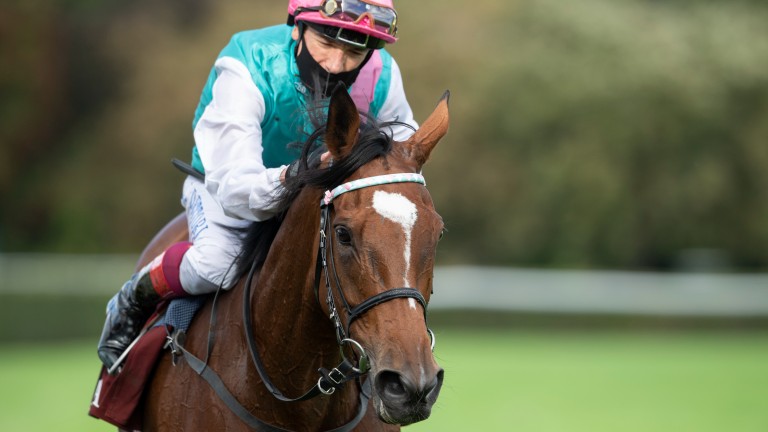 It has also stood Group 1 winner-producing sires in Equiano and Mount Nelson, while the stallion barn's current residents are Nathaniel, sire of none other than Enable, and Frankel's St James's Palace Stakes-winning son Without Parole, who was born and raised at Newsells Park having been bred by and raced by John and Tanya Gunther.

Nathalie Albin-Jacobs, Newsells Park Stud chair until the stud's sale, said: "Newsells was a passion of my late father. He would have taken great pleasure and pride in the stud's many successes and especially Waldgeist's win in the Arc in 2019 which would have been the culmination of his ambitions as a breeder.

"The time has come now for my family to focus on our other businesses and we know that with Graham, the stud will find a passionate and successful custodian and owner of Newsells Park for a new successful journey in both in maintaining and building further on its many achievements." 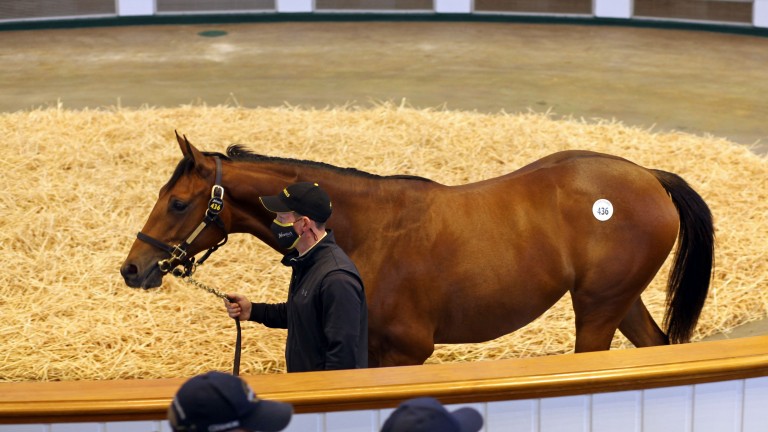 Top lot: the Galileo filly out of Shastye sells to MV Magnier for 3,400,000gns
Laura Green

Newsells Park was first crowned leading vendor by gross receipts at the prestigious Book 1 of the Tattersalls October Yearling Sale in 2013, and has since claimed the title on four further occasions, including the last three years consecutively. In 2020 the operation sold 15 yearlings at Book 1 for an aggregate of 6,942,000gns, including the sales-topping Galileo filly out of Shastye who fetched 3,400,000gns from Coolmore's MV Magnier.

Julian Dollar, who has been general manager since 2006, said: "The team and I are very grateful for the vision and investment made by the Jacobs family to date, which has seen the stud grow to be one of Europe's foremost commercial stud farms.

"We now really look forward to working for Graham and making the most of this excellent opportunity to further develop Newsells Park Stud as a leader in its field worldwide. We will continue not only breeding, raising and selling exceptional racehorses, but also offering domestic and international clients professional boarding services, sales preparation and top-class stallions." 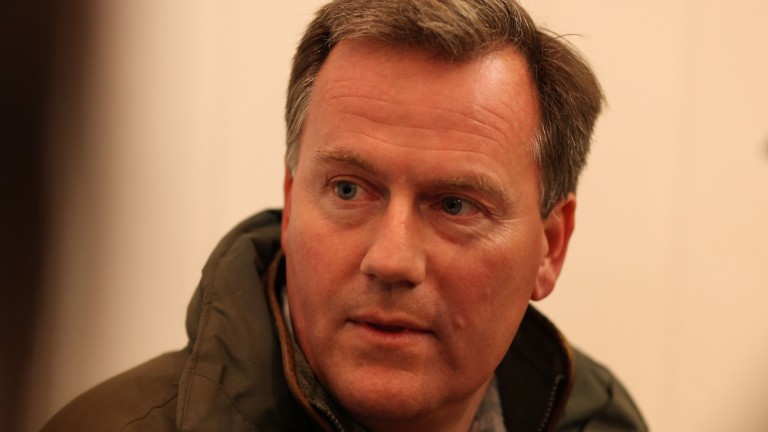 Julian Dollar: "We now really look forward to working for Graham and making the most of this excellent opportunity"
Laura Green

Although Britain's newest stud owner may be an unfamiliar name to some in the bloodstock world, Graham Smith-Bernal has already found fame and fortune through his work in the legal technology industry.

Having left school at 16, Smith-Bernal took his first steps into the legal world when he trained as a court stenographer.

At the age of 23 he founded his first business, Smith Bernal International, and within five years the company had grown to become the largest international court reporting service in the world.

In 1990, he established the software development division of Smith Bernal International that ultimately led to the invention of the LiveNote software that has gone on to claim numerous awards and been adopted across the globe for real-time transcription.

In 1997 Smith-Bernal sold the court reporting division of the company and a further eight years later sold his LiveNote software to Thomson Reuters. 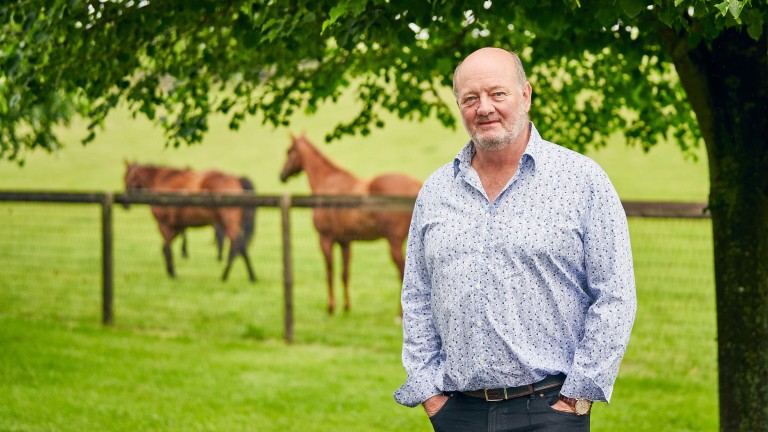 Following a brief hiatus, Smith-Bernal set up Opus 2 International in 2010, with the company introducing the world's first cloud-based platform for managing evidence in major civil disputes, arbitrations and public inquiries.

Opus 2 now employs 200 plus staff in offices located in Edinburgh, London, San Francisco and Singapore, and in 2018 won a Queen's Award for Enterprise in innovation. A majority stake in the company was sold in March for an undisclosed sum to private equity firm Astorg.

The last decade has seen Smith-Bernal develop his racing and breeding interests with horses in training and breeding stock boarded at Newsells Park Stud. Among the horses to have carried Smith-Bernal's colours to victory are the Listed-winning Grey Britain and the useful Battle Of Marathon.

This year's successes include the two-time winner Skyrunner, who is trained by William Haggas.

The Newmarket trainer said: "I have known and trained for Graham for some years. His enthusiasm for this business is unrelenting and he has proved it by his purchase of Newsells Park Stud. It is fabulous to see an Englishman take on the mantle of such an iconic stud and I wish Newsells continued success."

FIRST PUBLISHED 9:46AM, JUN 21 2021
I consider it a huge honour and a privilege to have acquired Newsells Park and look forward to building on the legacy of Klaus J Jacobs