TBA unveils plans for £20,000 bonus to boost demand for British-breds 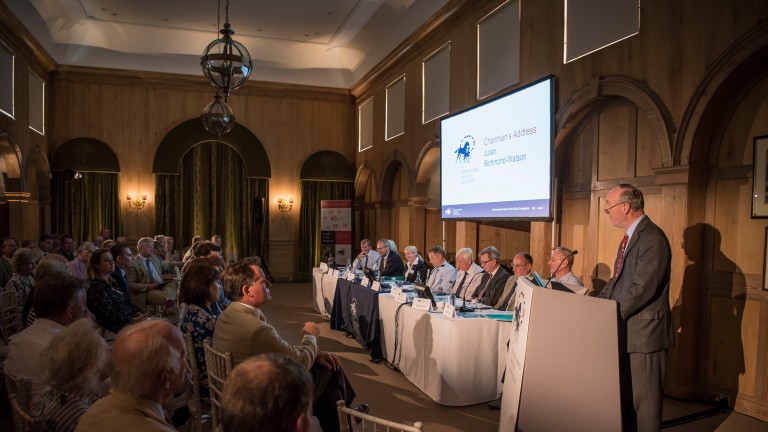 Buy British is the keynote message behind proposals for a new owners’ premium scheme, which was unveiled at the Thoroughbred Breeders’ Association (TBA) annual meeting in Newmarket on Thursday alongside a snapshot of a fresh economic impact study that paints a worrying picture for small breeders.

The proposed venture builds on both the current Plus 10 programme, with the major difference that its bonuses are wholly focused on British-based criteria to the exclusion of Ireland, and the Mare Owners’ Prize Scheme (MOPS) for jump racing.

Its major points are:

Introducing the proposals, TBA board member Brian Mayoh said: “The British-bred premium scheme is designed to address some of the problems the new economic impact study has identified or confirmed. It should encourage increased demand at the sales and increased participation by owner-breeders.”

He added: “The scheme includes nomination payments, as with Plus 10, so there is an element of self-help, but with outside funding it will produce substantially higher prizes than for either Plus 10 or MOPS.

“The prizes will be big enough to make a difference. There will be more of them, more open to three-year-olds and over a mile and a quarter or farther, and there will be no limit to the number that can be won.”

It has been estimated that when the scheme is fully bedded in, it will produce £7.75 million of bonuses a year that would not be available to horses outside the scheme.

TBA chairman Julian Richmond-Watson admitted that returning to a meaningful breeders’ prizes scheme “would be a wonderful idea,” but he added: “I cannot find any industry support for prize-money to be diverted in such a way. So, we need to be practical and have a scheme which steers prize-money rewards to those who support British breeders and those who buy or race British-bred horses.”

He added: “In this scheme we have the basis of an idea, although there may be tweaks to its conditions as we go round the industry for support.”

The proposal was presented to the Horseman’s Group earlier this week. It will now be put forward for approval by the BHA, Racing Authority and Levy Board, with the intention of starting implementation from 2019.

If you found this story of interest you may wish to read...

FIRST PUBLISHED 5:16PM, JUL 19 2018
We need to be practical and have a scheme which steers prize-money rewards to those who support British breeders