The three-year-old is a Summer Wind Farm homebred 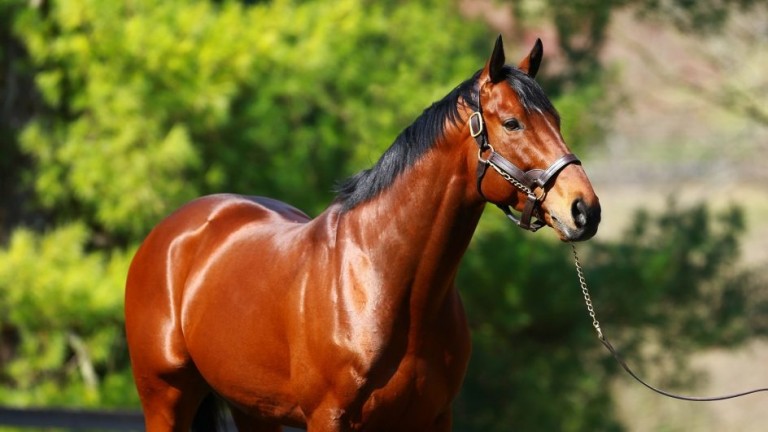 American Pharoah: his Tapit half-brother debuts at Santa Anita on Saturday
Coolmore
1 of 1
By Byron King of Bloodhorse.com 9:55AM, MAR 12 2021

A little over five years since the retirement of Triple Crown winner and Horse of the Year American Pharoah, his half-brother looks to maintain the family legacy of excellence at Santa Anita on Saturday.

Triple Tap, a three-year-old son of Tapit out of the Yankee Gentleman mare Littleprincessemma, debuts against four rivals in a $61,000 maiden race for three-year-olds and over at seven furlongs.

"We've taken our time with him and so far he's been working well," said Hall of Fame trainer Bob Baffert.

"I would have liked to have gone three-quarters - this one is seven-eighths - but at least we'll get an outing into him. So far, I like what I see. He's been working with some nice horses and working right with them."

Triple Tap is also related to three other black-type runners, including full-sister Chasing Yesterday, winner of the Starlet Stakes at Los Alamitos in 2018. 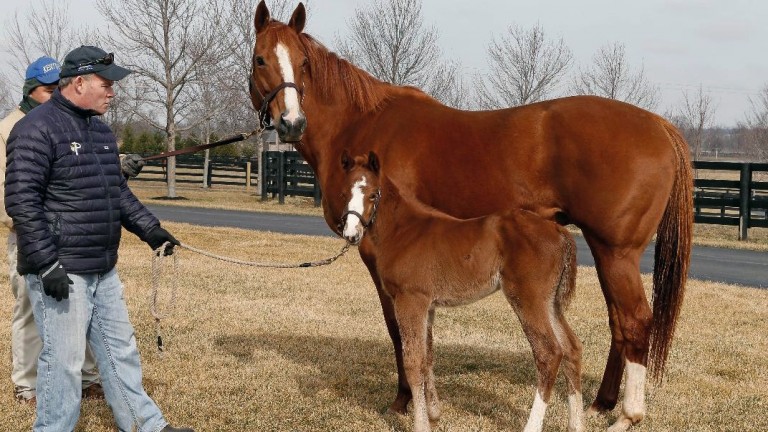 Triple Tap's racing upside and pedigree have made him a subject of interest to more than fans.

"A lot of farms have been chasing him early," Baffert said.

The colt's appeal as a racing and stallion prospect is buoyed by American Pharoah's achievements as a sire. The third-crop stallion, who stands at Ashford Stud, has sired three individual Grade/Group 1 winners in Cafe Pharaoh, Harvey's Lil Goil, and Van Gogh.

Chasing Yesterday was a nice filly. He is like a bigger, stronger type," Baffert said of Triple Tap. "I can't not see him going further. I think he's a very nice horse."

Of his four rivals, only Eyes Open has previously hit the board in a maiden race in Southern California. He heads the opposition, along with Spendthrift Farm's Barraza, a son of Into Mischief who was twice fourth in maiden races last year for Baffert.

"I wanted to run him two turns. It didn't fill," Baffert said of Triple Tap's stablemate. "He's actually doing really well, doing better. He was getting out, going too fast early, but he's doing better now. We'll give him another chance, see how he does."

FIRST PUBLISHED 9:55AM, MAR 12 2021
He's been working with some nice horses and working right with them