Unrelated foals are being cared for by the same broodmare 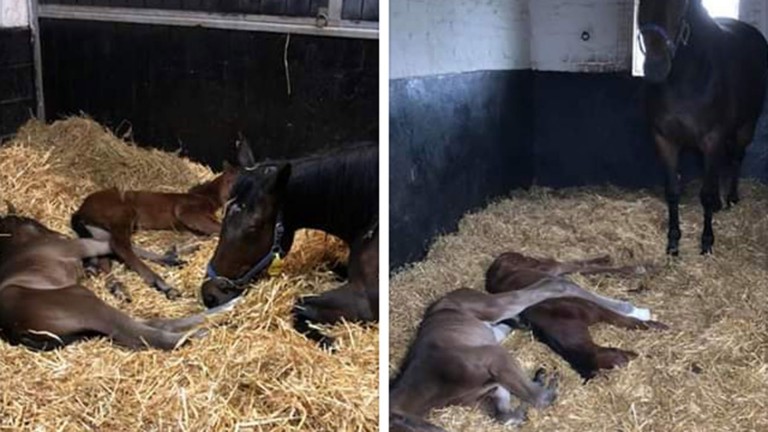 The arrival of a step-brother can cause a good deal of upheaval in the family. Squabbling over living arrangements and mealtimes gave Will Ferrell and John C Reilly enough material to make a film out of, after all.

At Mickley Stud, relationships have fortunately become so harmonious that two foals thrown together through a distressing occurrence are now inseparable.

"We had a mare called Lexington Rose, she foaled last Friday night," explained Mickley’s founder Richard Kent. "He was a huge foal by Massaat and it took five of us to get him out - normally those cases end up with caesareans and they are very difficult.

"Unfortunately the mare haemorrhaged, and we tried everywhere to find a foster mare but there wasn’t one available.

"David Hodge [breeder] told me a few years ago that a Belgian vet had tried using a different dose of a drug called prostaglandin, which you can almost hypnotise the horses with.

"We had another mare called Look Alike who had foaled a Heeraat filly that morning and gave it to her. We put the second foal in, she didn’t know which was which, she licked the foal and was fine. She loves the two foals and is doing them really well."

Although there are operators who raise foster mares and foals in an ethical way, the entire process is one which some of those less acquainted with the practicalities on a stud might find difficult to grasp, particularly with getting a mother and a newborn to bond.

Kent, whose only experience of a mare successfully raising two unrelated foals was with a non-thoroughbred, feels that he might have stumbled upon a useful idea. 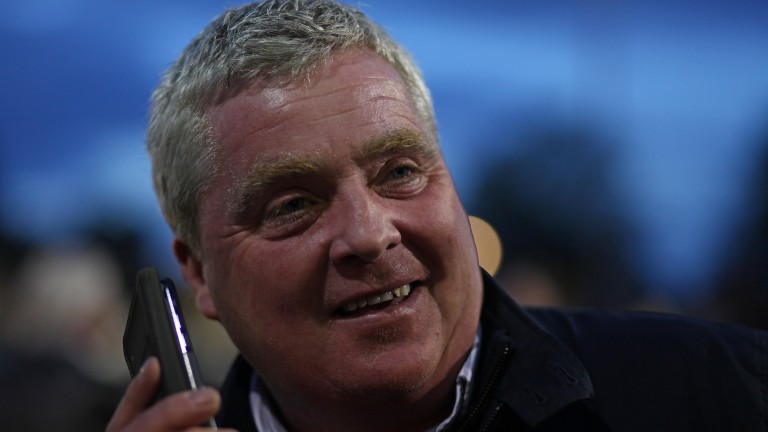 "This way is a lot kinder, and there’s no kicking or difficulty with the mare. Normal sedation doesn’t really work, this more mixes them up for a bit and they seem to lose their powers of smell for a while.

"It could be a real solution to the foster mare problem, especially when mares can be bad mothers and when another mare has enough milk.

"Look Alike has a massive udder like a Holstein cow, and it’s always full. She seems to be producing enough to keep them happy anyway."

With a business to run in Shropshire, and at a time when all of us need a pick-me-up, Kent has found his.

"What amazes me, and I’ve been around horses all my life, is that every time you look over the door, the two foals are lying together with a head over another and a leg over the other one’s," he said.

"Horses can make you hard and ruthless, but even for us, I go and look at them three or four times a day and it cheers me up. Nature can be so kind. They’ll stay together until weaning and probably live together for the winter now too."

Emails, handwashing and outdoor meetings - how a stud adapts in uncertain times

FIRST PUBLISHED 5:11PM, MAR 20 2020
Every time you look over the door, the two foals are lying together with a head over another