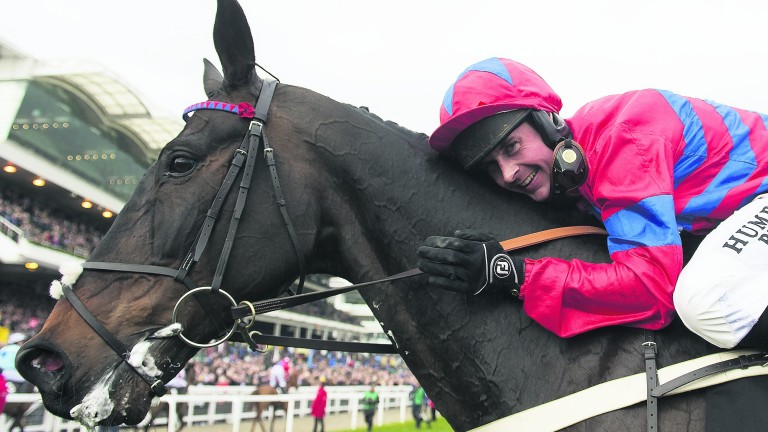 A two-year-old half-brother to the mighty Sprinter Sacre goes under the hammer next month
Edward Whitaker
1 of 1
By Bloodstock World Staff UPDATED 5:08PM, OCT 22 2019

Siblings of the illustrious pair of Sprinter Sacre and Douvan are among the 644 horses from a variety of backgrounds included in Arqana's Autumn Sale between November 18 and 20.

The catalogue consists of 237 horses in training, 51 two-year-old stores and 356 Flat and National Hunt-bred yearlings.

There are also siblings of the likes of Peace And Co and Whisper as well as Paul Nicholls' Grade 1 juvenile Quel Destin, who was sold at this event in 2016.

There are 17 horses from Aga Khan Studs including Daligar (lot 160), a three-year-old son of Prix de l’Opera winner Dalkala and Mirann (161), a lightly-raced three-year-old by Motivator.

The Wertheimer family will offer five lots including Takuendo (172), by Deep Impact and a grandson of the Occupandiste. Two representatives from the Niarchos Family will also go under the hammer through the three-year-old Boreas (182) and the consistent four-year-old Mount Popa (183).

Andre Fabre offers eight lots, including the three-year-old Bleu Marine (175), a winner over a mile at Chantilly this season. A short while later, he will be followed by Ballet Russe (181), a three-year-old son of Camelot that won the Prix de Verberie at Compiegne in the spring.

There are a number of jump prospects who have shown early promise on French racetracks, with ten wild cards still to be unveiled in the section.

The yearling prospects include offerings by the likes of Doctor Dino, Great Pretender, Kapgarde, Martaline and No Risk At All from the jumps sphere, and Flat types such as Dream Ahead, Gleneagles, Kendargent, Le Havre, Motivator, Myboycharlie and Olympic Glory.

FIRST PUBLISHED 10:38AM, OCT 22 2019
Among those to open the sale on the Monday are representatives from some of Europe's most significant owners