Speed machine Soldier's Call to stand at Ballyhane Stud in 2020 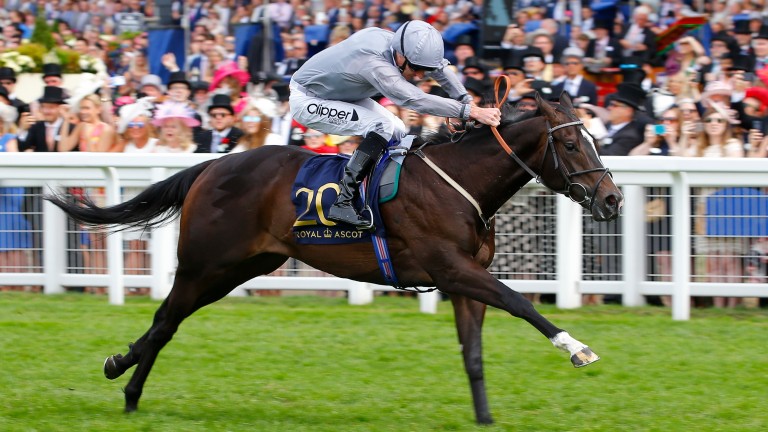 Soldier's Call, the best 5f performer of his generation at two and three, has been retired from racing and will take up stallion duty at Ballyhane Stud in County Carlow for the 2020 breeding season.

Owned by Steve Parkin's Clipper Logistics and trained by Archie Watson, Soldier's Call won four races, including the Windsor Castle Stakes at Royal Ascot, after which the Racing Post analysis noted that "he's all about speed".

That assessment was borne out when he made all for an unchallenged success in the Group 3 Prix d'Arenberg. That effort was followed by a dominant performance in the Group 2 Flying Childers Stakes, in which he again made all to score by two and a quarter lengths.

After his Doncaster success, his trainer said: "He's a very quick two-year-old, we've always held him in very high regard. He's gone out and won a Group 3 in a very quick time in France and backed up here within 13 days and he's absolutely blitzed them."

Soldier's Call then took on his elders when contesting the Prix de l'Abbaye. He went toe to toe with no less a rival than Battaash but, having seen off that challenger to lead inside the final furlong, he was collared in the dying strides by the top-class Mabs Cross, going down by just a neck. That effort saw him crowned France's champion two-year-old. 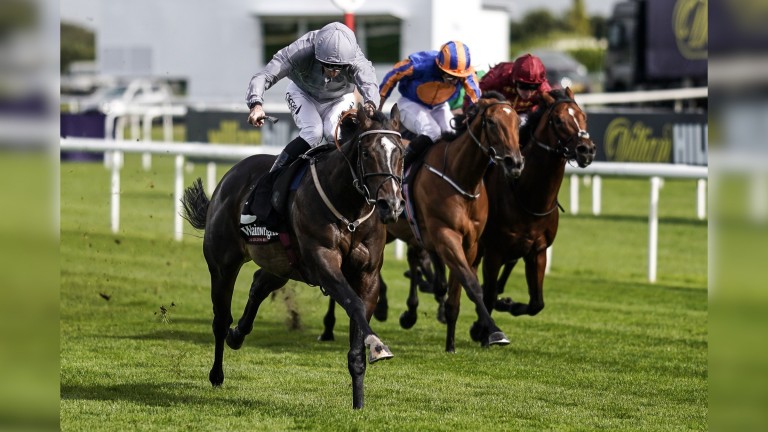 Soldier's Call points his toe en route to winning the Group 2 Flying Childers Stakes
Alan Crowhurst/Getty Images
He took his form to new heights at three, most notably when third to the brilliant Blue Point in the Group 1 King's Stand Stakes, in which he reversed the form with Mabs Cross, and when runner-up to Battaash in the Nunthorpe Stakes, having forced a furious pace which contributed to the race being run in record time.

Upon the retirement of his stable star, Watson said: "It was fantastic to get such a good horse so early in my career and I owe him a lot. He showed brilliance right from the start and he was a joy to train. He's such a good-looking colt with a wonderful temperament and attitude. I can't wait to train his first two-year-olds."

Ballyhane's Joe Foley, who bought the colt as a yearling for 85,000gns, added: "It’s brilliant that Soldier's Call is coming back to Ballyhane where he was broken and pre-trained; we can't wait for him to come home. He was brilliantly fast, has a real stallion's pedigree and the good looks and temperament of a champion."

Bred by Llety Farms, Soldier's Call is by sire sensation Showcasing and is from a female line rich with precocious talent. He is the second foal out of Listed-winning two-year-old Dijarvo, a daughter of Iceman, while further back this is the family of Royal Ascot two-year-old winner Abeer, who landed the Queen Mary as well as the Flying Childers Stakes.

A fee for Soldier's Call will be announced at a later date.

Study Of Man retired to stand at Lanwades Stud in Newmarket

FIRST PUBLISHED 3:56PM, OCT 12 2019
He showed brilliance right from the start and he was a joy to train. He's such a good-looking colt with a wonderful temperament and attitude