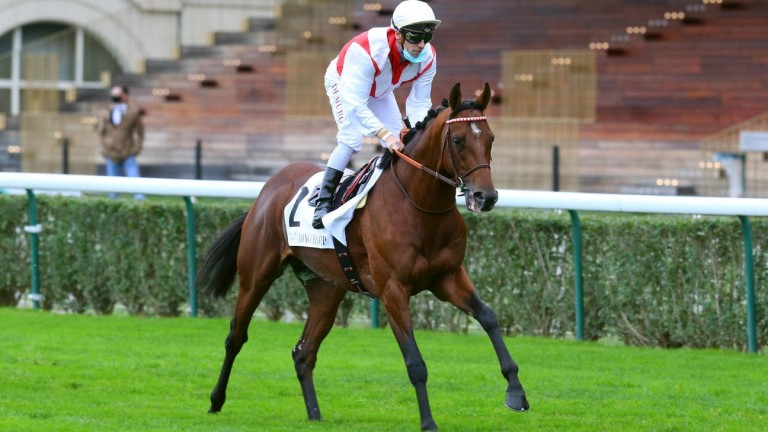 The stakes-winning and Group-placed Soft Light, a son of Authorized, has retired and will stand at Haras de Colleville as a National Hunt stallion for 2022.

Trained by Jean-Claude Rouget, Soft Light won on his sole start at two before a number of placed efforts at Group and Listed level at three, including when a half-length second to Ziyad in the Grand Prix de Deauville and a neck behind Al Hilalee in the Prix Hocquart.

He was also second to Telecaster in the Grand Prix de Deauville last year at four before earning a deserved first stakes success on his final start in the Prix Dirickx in September this year. The colt retires with three wins and six placings from 19 starts and more than £184,000 in prize-money.

A partnership has been established between Guy Pariente and Claudio Marzocco, the owner of Soft Light, to support Haras de Colleville's new recruit.

Soft Light is by a stallion who has rapidly made a name for himself in the National Hunt sphere, having sired dual Grand National hero Tiger Roll, Stayers' Hurdle hero Nichols Canyon and the talented Goshen among a number of celebrities.

The Derby-winning son of Montjeu, who is now based in Turkey, is also responsible for another likely National Hunt sire son in last year's Irish Derby scorer Santiago.

The five-year-old, who was a €40,000 buy by Paul Nataf from joint-breeder Jedburgh Stud at Arqana's October Yearling Sale, is the fourth foal out of French winner Light Saber, a daughter of Kendor and American Grade 1 scorer Leariva.

Soft Light is a half-brother to two-time Group 3 winner and Diamond Jubilee Stakes runner-up City Light, a son of Siyouni who now stands at Haras d'Etreham, and Busybeingfabulous a Swedish stakes-winning son of Soldier Of Fortune.

From the same family are the likes of top-class hurdler De Bon Cœur and three other black-type jumpers in French Crusader, Gai Luron and Saint Rajh.

A fee will be announced at a later date.