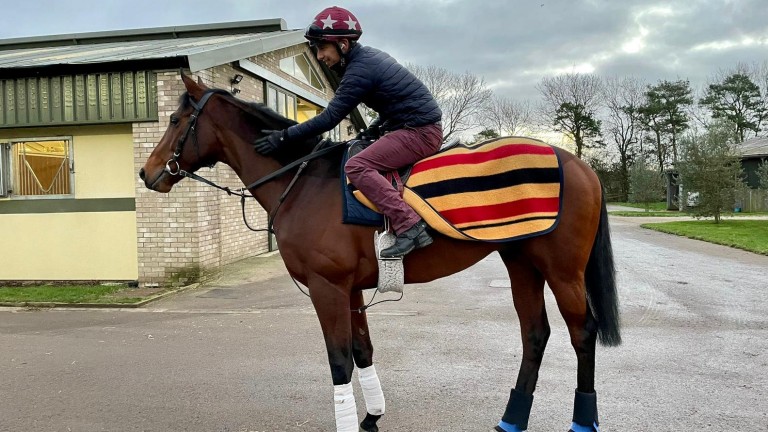 Trident, who ranked among the best French juveniles and was second to Perfect Power in the Group 1 Prix Morny, has been sold to continue his career in Hong Kong.

Bloodstock agent Jamie Piggott, who brokered the deal with the ownership partners at Coolmore, confirmed that the son of Wootton Bassett had been bought for a seven-figure sum

"He's gone to Longholes Stud with Jamie Peel for a few weeks before he goes into quarantine. The owner is Mr Ho and the horse will go to Caspar Fownes," said Piggott

"Coolmore were great to deal with. I was tasked with sourcing a horse of that sort of quality and he fits the bill extremely well with a view for the Hong Kong Derby next year, he'll get the trip and he's got the breeding and the size."

Bred by David Smaga and Marie-Benedicte Fougy-Smaga, Trident was bought for €140,000 as a yearling at Arqana and was sent to Andre Fabre. From a family of that includes the Prix Ganay scorer Execute, he is out of a winning Mount Nelson mare.

The colt won a Longchamp maiden at the end of June and placed in two more Group races, signing off when second behind subsequent Breeders' Cup Juvenile Turf winner Modern Games in the Tattersalls Stakes at Newmarket.

"He's turned up looking terrific," Piggott said. "I actually went and rode him, he's got a wonderful temperament to him so we'll keep him a colt as long as we can. He's a big horse but thankfully he's got a heart of gold."

FIRST PUBLISHED 1:09PM, JAN 20 2022
I was tasked with sourcing a horse of that sort of quality and he fits the bill extremely well