Sister to Churchill and €2.5 million half-sister to Sottsass to debut on Friday 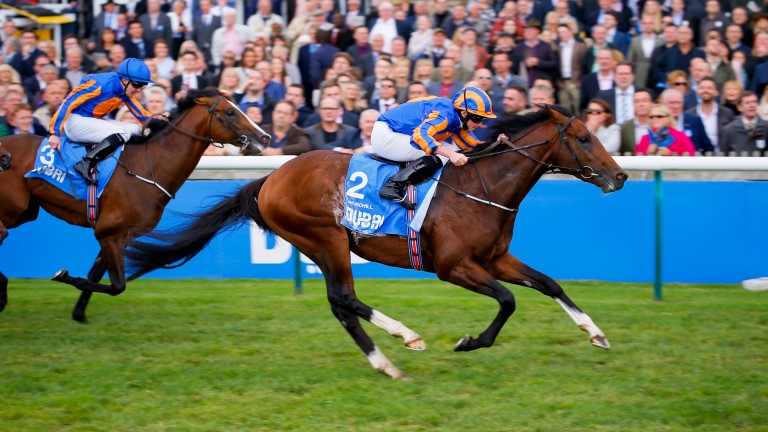 A potentially star-studded fillies' maiden is set to take place at the Curragh on Friday (5.35), with Coolmore's sister to dual Guineas hero and Classic-winning sire Churchill among the 20-strong field.

Dower House is out of the top-class producer Meow, a daughter of Cheveley Park Stakes winner Airwave and a stakes winner and second in the Queen Mary at Royal Ascot for David Wachman and Coolmore.

The daughter of Storm Cat is the dam of three black-type winners including Churchill, a son of Galileo who was crowned champion juvenile colt in Europe after landing the National and Dewhurst Stakes in an unbeaten campaign for Aidan O'Brien. The colt also won the English and Irish Guineas as a three-year-old.

Now a second-season sire, Churchill is responsible for one of this season's most exciting performers in runaway Prix du Jockey Club hero Vadeni, while he has also sired four more black-type winners from his first crop so far as well as King Edward VII Stakes second Grand Alliance.

Meow is also the dam of Clemmie and Blenheim House, both by Coolmore's late, great multiple champion sire. Clemmie, whose first foal by Justify, Unless, hit the track this season, struck in the Cheveley Park Stakes and was also third in the Falmouth and Matron Stakes at three.

Blenheim Palace won the Diamond Stakes at Dundalk and was placed a further three times in Group company for O'Brien before being sold to Australia.

Also declared are Danvers Gold, Yulong's Galileo filly out of Group 3 scorer Mrs Danvers, Never Ending Story, who is by Galileo and out of Camelot's Belmont Oaks winner Athena, and Unchained Melody, a daughter of Fastnet Rock and from the family of Yorkshire Oaks winner Hellenic, the dam of Islington.

Another interesting debutante is the Gredley family's homebred Mile End, a daughter of first-season sire Expert Eye and out of Roulette, a winning half-sister to Prix Morny heroine Pretty Pollyanna.

Over at Newmarket (6.25), HH Shaikh Nasser Al Khalifa & KHK Racing have Pure Dignity set for her debut in the mile fillies' novice stakes. 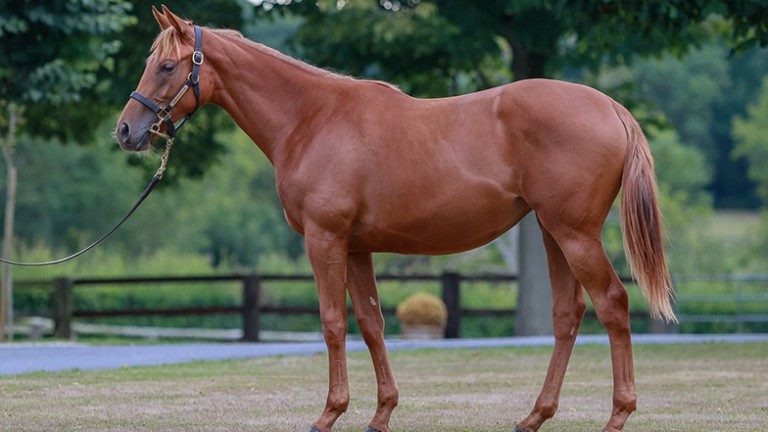 The Roger Varian-trained filly was signed for by Oliver St Lawrence at €2.5 million at the Arqana Yearling Sale in 2020, her looks and pedigree ensuring she commanded that sky-high price.

The daughter of Dubawi is out of Galileo's daughter Starlet's Sister, the dam of none other than Sottsass (by Siyouni), Sistercharlie (Myboycharlie) and My Sister Nat (Acclamation).

Sottsass had won the Group 1 Prix Ganay less than a month before his then yearling half-sister went through the ring, and he was to do even better the following month when winning the Arc and ensuring himself of a place at stud at Coolmore.

Sistercharlie was an even more prolific winner and notched just the seven Grade 1s in the US for Peter Brant and Chad Brown. My Sister Nat was also a top-level winner stateside for the same connections.

Pure Dignity, who like her regal siblings was bred by Ecurie des Monceaux, starts her career against just four rivals, but they include Godolphin homebred Light Of Peace, who has finished second and third on her two starts, and the Tsui family's homebred Sea Galaxy, who is likewise making her debut.

All in all, the Curragh and Newmarket should ensure an interesting start to another wonderful weekend of top-class Flat racing.

FIRST PUBLISHED 10:45AM, JUN 23 2022
Meow is also the dam of Clemmie and Blenheim House, both by Coolmore's late, great multiple champion sire

'We've done all right so far' - Ken Arrowsmith on Harts Farm Stud A first winner for Master Carpenter as Princess Naomi rules at Chelmsford Bargain buy from Shadwell proving his worth with Coral Charge victory Back to where it all started for Cheltenham winner Zara Hope Yulong break rivals' hearts at €1.2m for Siyouni's German Guineas winner Txope Sister to Group 1 winner Tofane sells to Yulong for NZ$460,000 on Gavelhouse