The daughter of Oasis Dream was a 20,000gns purchase from Tattersalls Book 2 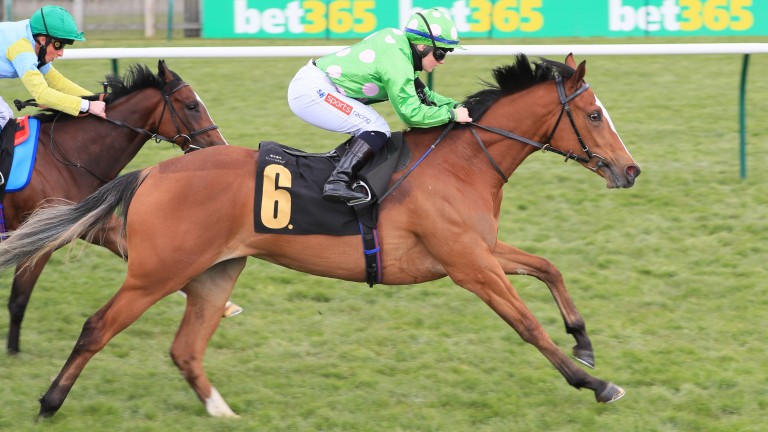 Bred by Branton Court Stud and a 20,000gns purchase from Ballyhane at Book 2 of the Tattersalls October Yearling Sale, Desert Dreamer was her trainer's first ever juvenile winner at the Rowley Mile after 103 losers.

The second foal out of the Montjeu mare Pure Innocence - a half-sister to Golden Horn's Listed Premio Coolmore winner Festive Star - and a granddaughter of the Listed-winning Cheveley Park third Festoso, the filly showed a good attitude and plenty of pace to win by three-quarters of a length from Due Diligence's Bellarena Lady, a fellow 25-1 chance.

She is owned by the trainer's mother Carol Shekells and brother-in-law Jonathan Parry.

Williams, who was also celebrating his first winner on the Rowley Mile in 697 days, said: “She has been going nicely at home and that is my first two-year-old winner here.

“I was pleased with her and she is very straightforward. She's not very big but she is tough and brave and has got a bit of talent.

"We’ve got to run again before we can think about Royal Ascot, and we might look at something like the National Stakes at Sandown or the Marygate at York."

He added: "She runs in my mother’s colours and she owns him with my brother-in-law. My mum is on her own now and we have sold the stud so this gives her a bit of interest.”

Connections of My Oberon will undoubtedly be dreaming big after the four-year-old's success in the Group 3 Earl of Sefton Stakes, in which he became the 202nd stakes winner for Dubawi. 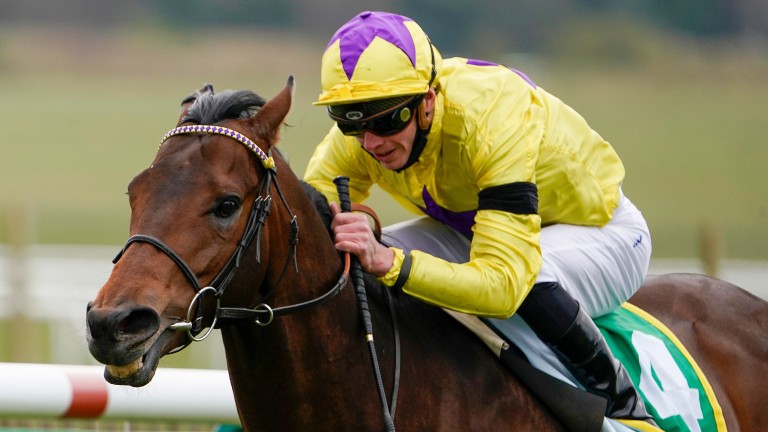 Having sired the previous day's Feilden Stakes winner Highland Avenue, Dubawi has got off to a fine start this turf season, with his landmark 200th individual stakes scorer coming when the unbeaten Philomene won the Prix Penelope earlier this month.

The sire of 130 individual Group winners, including 44 at the highest level, there is plenty more to look forward to as far as the Dalham Hall resident is concerned, with One Ruler and Master Of The Seas limbering up for the Qipco 2,000 Guineas.

My Oberon, owned and bred by the Tsui family, was also providing Sea The Stars with a first Group success as a broodmare sire.

The William Haggas-trained colt is out of My Titania, winner of the Group 3 Weld Park Stakes and fourth in the Coronation Stakes for John Oxx. She is a half-sister to multiple Group 2 scorer and King's Stand third Muthmir and out of the stakes-winning Danehill mare Fairy Of The Night.