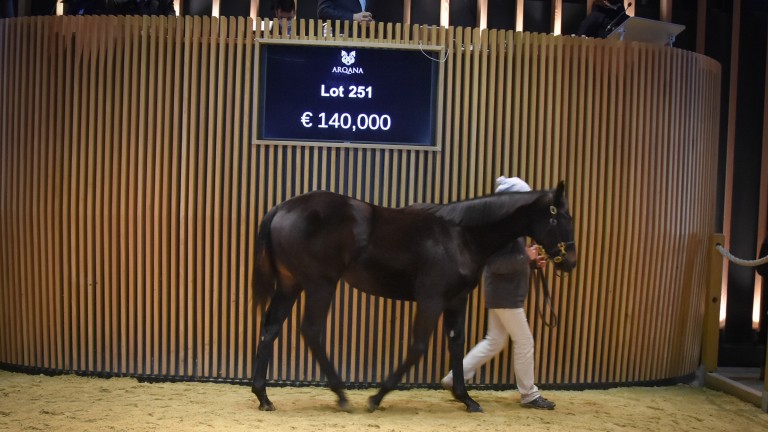 The second day of Arqana's Breeding Stock Sale was topped by La Motteraye's Wootton Bassett filly foal from the family of star producer In Clover, who sold to Blandford Bloodstock for €160,000.

The attractive filly, who has been purchased as a long-term racing and breeding prospect, is out of the Hat Trick mare Ayelet, who is the daughter of dual Listed winner Dream Clover and granddaughter of In Clover – the dam of Prix Rothschild victress With You, Prix du Cadran scorer Call The Wind and Prix de l'Opera heroine We Are.

Lot 2 5 1 , a filly by Wootton Bassett from the family of Gr.1 winners CALL THE WIND, WITH YOU and WE ARE consigned by @La_Motteraye is purchased by @BlandfordBldstk for €160,000 at the Breeding Stock Sale pic.twitter.com/dpXYzXu8C8

Blandford's Richard Brown said: "Tom Goff, my business partner, was looking for a filly foal for one of his clients. He tried at Newmarket but wasn't able to come over for Arqana. Then we saw this filly.

"She's been bought for an owner-breeder so it's a long-term investment. She's by a super sire and from a really lovely family."

It was another fine result for the exciting Wootton Bassett, who has continued to make headlines since his sensational switch to Coolmore in August.

By Intello, the five-year-old is out of the Group 3-placed Wait And See, a close relation to Prix Allez France victress Daksha, and from the family of Coronation Stakes heroine Golden Opinion.

Sonjeu herself was a smart performer, striking in the Prix Saraca at two and finishing fourth in two Listed contests at three. She is in foal to multiple stakes winner Attendu.

Buyer Marc Antoine Berghgracht said: "She’s just a magnificent mare and a Listed winner. She's carrying to Attendu, whose first yearlings impressed me. She could head to Ireland."

Mags O'Toole also went to €150,000 to secure a Showcasing colt foal out of an unraced daughter of Coronation Stakes winner Balisada.

Anthony Oppenheimer's wonderful homebred produced the Listed-winning Galactic Star, also runner-up in the Group 3 Glorious Stakes, plus the stakes-placed El Salvador, while this was a first foal for her five-year-old Intello daughter Dadao.

The Haras du Logis-consigned colt is also related to Folkswood, winner of five races, including the Dubai Millennium Stakes, and third behind Winx in the Cox Plate for Charlie Appleby.

The Haras du Mont-Dit-Mont-consigned No Faith was another to reach a six-figure price when knocked down to Haras d'Etreham and Haras du Lieu Marmion for €112,000. 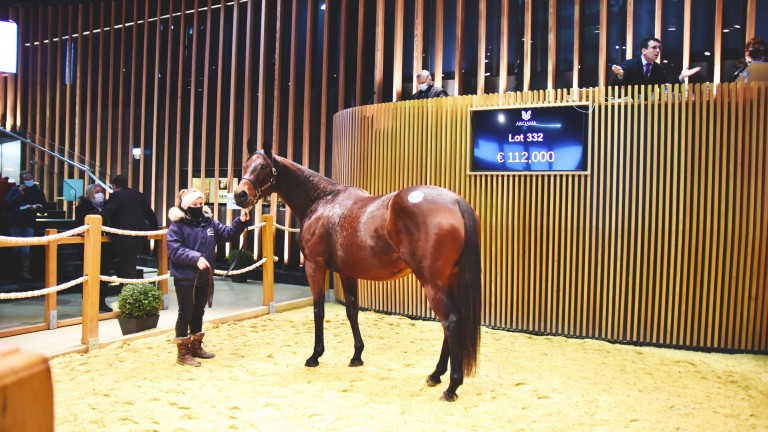 No Faith: the daughter of Le Havre was knocked down to Haras d'Etreham and Haras du Lieu Marmion for €112,000
Thierry Boisson

The three-time winning daughter of Le Havre is carrying to Banstead Manor Stud resident Bated Breath and can count US Grade 3 winner Tigah and the stakes-placed Practitioner (Fat Choy Oohlala in Hong Kong) among her half-siblings.

Placed once as a two-year-old, Angelissima is out of stakes winner Foreign Tune, a daughter of Invincible Spirit and a full-sister to Prix Daniel Wildenstein winner Impassable.

Foreign Tune is also a half-sibling to Attendu, a multiple Group victor and stallion at Haras du Quesnay, plus the classy Group 3 winner Spotify.

Trotting Bloodstock's Florent Fonteyne said: "It’s a family I know well as I bought Thirsty, the brother of the dam, who recently won at Deauville by five lengths.

"This family has been very lucky for us. She's been bought to breed from but could run again; she'll head to Adrien Fouassier and he'll tell us if she can run or not."

The Aga Khan draft is always eagerly anticipated and the consignor's Roseya, a daughter of Invincible Spirit and Prix Marcel Boussac heroine Rosanara, was one highlight when selling to Japan's Ever Union Shokai for €87,000. 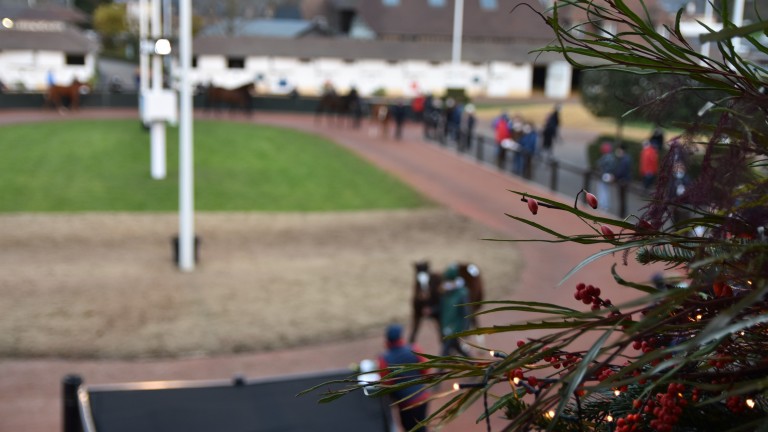 Roseya, who was placed twice at three for Alain de Royer-Dupre, was covered by Intello earlier this year and holds a typically deep Aga Khan pedigree for her new connections.

The four-year-old is out of the Sinndar mare Rosanara, who in turn is the daughter of Rosawa, a full-sister to Prix Daniel Wildenstein victor and Prix du Moulin third Rajsaman, the sire of dual French Classic hero Brametot.

Aside from her Longchamp triumph, Rosanara was second to fellow Aga Khan-owned Sarafina in the Prix de Diane and third in the Criterium International.

The Arqana Breeding Stock Sale continues on Monday from 10am local time.

FIRST PUBLISHED 6:12PM, DEC 6 2020
She's been bought for an owner-breeder so it's a long-term investment. She's by a super sire and from a really lovely family