Serenading warming the hearts of astute breeders with her progress 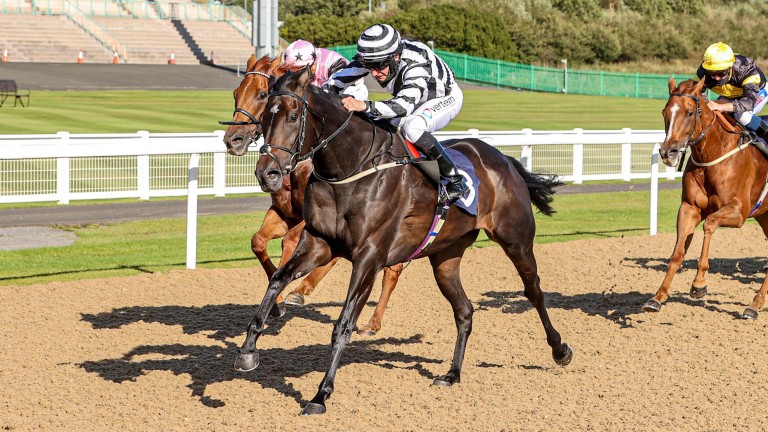 Serenading has rewarded the patience of her connections
Grossick Racing Photography
1 of 1
By Tom Peacock 4:15PM, JAN 21 2022

We're used to hearing that a horse 'owes us nothing' when applied to an old stager who has provided its connections with some enjoyable days. Such has been the charmed and unusual sequence of events that have happened for Manor Farm Stud and John Rose with Serenading, the mare could have fitted in that same category before ever setting foot on the racecourse.

Back in 2017 the Watson family's Rutland operation and their friend and client Rose took Serenading to Book 1 of the Tattersalls October Yearling Sale. Her sire Iffraaj had never flown higher thanks to top-class miler Ribchester, Australian Derby winner Jon Snow, fine sprinter Jungle Cat and the reflected glory from his son Wootton Bassett's Almanzor.

Serenading made 525,000gns, easily a Manor Farm record, when bought by Godolphin. She was out of Constant Dream, a winning half-sister to Group winners and fine producers Wunders Dream and Grecian Dancer, who had been bought three years earlier.

"It was a great, speedy family doing really well," says Toby Watson, who runs the stud. "Just after we bought her I noticed William Haggas had one by Iffraaj from the same family, Muffri'Ha. I spoke to him and he said it had quite a bit of potential, so we sent her to Iffraaj really because of that, and we got Serenading as the second foal.

"She was stunning from the moment she was born, she walked amazingly at the sales, looked fantastic, but it surprised all of us really. We knew she was popular at the sales and hoped she’d do well because she was such a lovely filly, but the winning bid was a bit more than we expected - I think a bit more than everybody expected!"

The story certainly didn't end there. Serenading resurfaced as a young unraced three-year-old at the Tattersalls Ascot March Sale in 2019 and the original breeders were able to get her back for just £29,000.

"We keep tabs on all the progeny that we breed so we knew where she was going," explains Watson. "We spoke to a few people at Darley who told us what was going on with her. 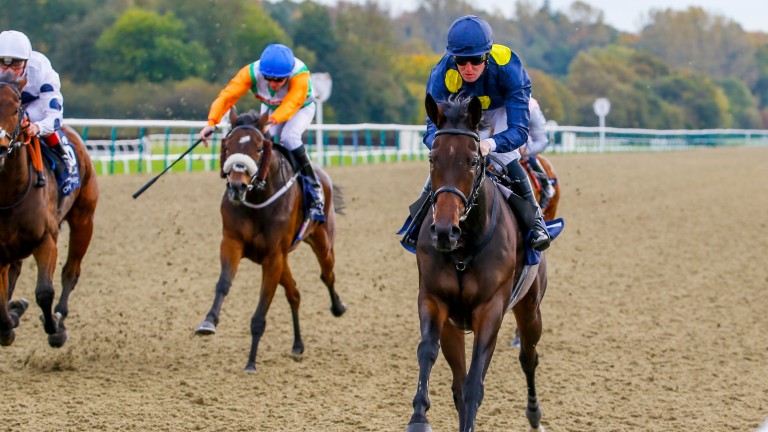 "When she went to the sales we felt we had to have her back. She’d had a small fracture in training, which had healed up, but they felt that they didn't want to persevere with her."

The partnership chose to send her to James Fanshawe and for a year or so it did not look as if Serenading's previous owners had made much of a mistake in choosing to cut their losses.

However, under her trainer's careful treatment she has quietly won four races since the latter part of 2020 and looks a lively contender for Saturday's Coral Winter Oaks at Lingfield.

Watson says: "We bought her ultimately to breed from but with a view to winning a race with her as well. She took a lot of time coming to hand and has a few little quirks, but [multiple stakes winner] Muffri'Ha was the same I think, and she seems to be continually improving at the moment. James is doing a great job with her.

"To get up to a rating of 90 is fantastic; let’s hope we’ve got a bit further to go. Obviously our ultimate dream would be to get a bit of black type for her; whether that's wishful thinking or not we'll have to wait and see."

Saturday's £100,000 handicap, although not providing a boost to her page, would certainly have other benefits. Serenading stacks up on the ratings, though is stepping up to a mile and a quarter for the first time.

"I'm not sure we’d have felt initially that a track like Lingfield would suit her particularly, but she's gone on and run so well around the bend at Wolverhampton and everyone who has got off her felt that she would stay," says Watson.

"Her pedigree wouldn’t suggest she’d stay a mile and a quarter particularly, but it looks as if she ought to and it's a natural progression. There are a limited amount of black-type races we could go for just at the moment, so it seems a good option.

"She needs everything to go right for in her races to see her at her best; a slow pace last time didn’t suit her at all. We'd be hopeful."

Watson confirms that Constant Dream is still around too.

"We have an absolutely beautiful filly foal from her by Cracksman, which would not be dissimilar to Serenading at this stage - that’s going to be a lovely yearling, and she’s going back to Iffraaj this year," he says.

"Serenading has done well enough to warrant that to be a successful mating anyway, and if she keeps on going as we hope it might be even better!"

The ebbs and flows of breeding at a farm which was established in 1970 and has produced the crack sprinter-turned-broodmare Airwave mean that Watson is modest about this latest turn of events, rather than crowing from the rooftop.

"A lot of stars aligned on the sales day that made that sale happen I think, but that's not to say she wasn’t an absolutely gorgeous filly," he says. "We really didn't want to sell her but that's what we bought and bred her for.

"I went to buy her back regardless, maybe win a race, and we're lucky enough she’s done that and gone on."

FIRST PUBLISHED 4:15PM, JAN 21 2022
We hoped she’d do well because she was such a lovely filly, but that was a bit more than we expected

Godolphin sets new personal best with sale to Coolmore of $1.3m blueblooded mare Saint goes marching in for Casini at inaugural store sale Brother to Royal Ascot star Eqtidaar set for Haydock debut on Thursday 'I never thought it was possible' - the sales snip who became an Oaks favourite Hmm, what to make of this year's confusing class of second-season sires . . . Unique Eydon already beating the odds ahead of Derby target