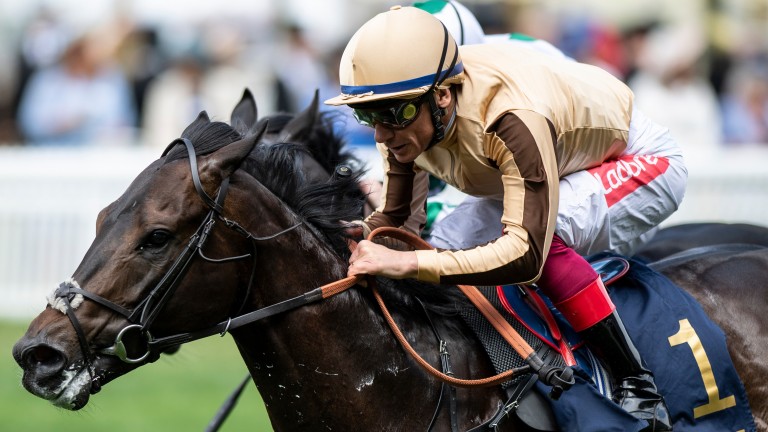 Buyers searching for their next star at this year's Goffs UK Premier Yearling Sale, which takes place on August 27-28, can start their study as the catalogue was published online on Tuesday.

The auction had three winners at Royal Ascot this year in Commonwealth Cup hero Advertise and juvenile-winning pair A'Ali and Daahyeh.

The hugely exciting A'Ali has since built on his win in the Norfolk Stakes with a brilliant victory in the Prix Robert Papin.

The level of success at Royal Ascot echoes 2016 when the Doncaster Breeze-Up Sale enjoyed four winners at the royal meeting in Ardad, My Dream Boat, Prince Of Lir and Quiet Reflection.

Among the eyecatching lots for this year's sale is Yeomanstown Stud's Dark Angel brother (131) to Easton Angel, a dual Listed winner who was a close second to Acapulco in the 2015 Queen Mary Stakes. She was later sold for 500,000gns at the Tattersalls February Sale.

Joining him in the catalogue is Glenvale Stud's Fastnet Rock filly (91), whose dam Shaleela is an unraced Galileo half-sister to champion Scandinavian sprinter Giant Sandman. They in turn are out of Sharamana, a Darshaan sibling to the supremely talented Shergar.