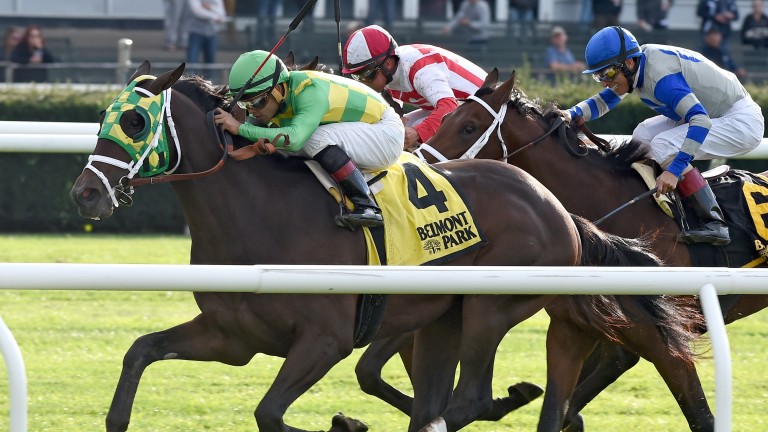 Seabhac, who is currently topping the table on winners produced by French-based first-season sires, will move to Haras du Taillis for the 2023 breeding season.

For the past four years the son of Scat Daddy had been at Haras de Saint Arnoult, whose owner Larissa Kneip died in the summer.

A winner of a Grade 3 juvenile event for Todd Pletcher at Belmont, Seabhac has sired five winners from 27 runners among a small crop.

His fee will be clipped to €3,000 from €4,000 and Bernhard Wenger from Taillis said: "It’s very encouraging and shareholders will continue to support him.

"The best is certainly to come [with progeny] at the age of three because Seabhac produces very strong horses, in his image."

German Derby runner-up Savoir Vivre, the only son of Adlerflug in France, is two-from-two from his starters in France and it earns him a slight fee increase to €2,000 for next year.

Wenger told told Jour de Galop of Fantastic Moon: "He will have his first runners in 2023. They show a good mentality and balance and I wouldn't be surprised if they shine from the age of two, as the first two-year-olds of his brother, Cracksman particularly illustrated."

The Doctor will see you now: Arqana again falls under the spell of dynamite Dino