$1.1 million yearling joins the likes of Showcasing and Due Diligence 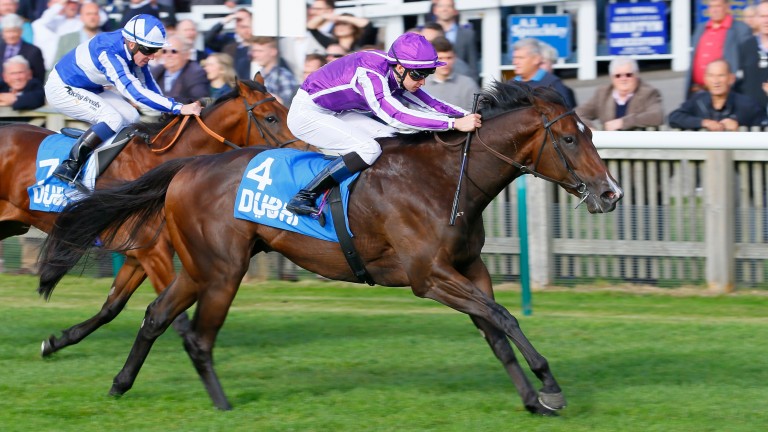 Sergei Prokofiev storms to success in the Cornwallis Stakes at Newmarket
Mark Cranham
1 of 1
By James Thomas 6:02PM, SEP 14 2020

Whitsbury Manor Stud have reached an agreement with Coolmore to stand Scat Daddy's Group-winning son Sergei Prokofiev at the Hampshire operation in 2021.

Ed Harper, director of Whitsbury Manor Stud, said: "We're immensely excited to stand Sergei Prokofiev. His turn of foot in the Cornwallis Stakes at Newmarket really had to be seen to be believed, and his performance at Royal Ascot put him firmly alongside the season's best two-year-olds.

"He's an imposing individual, typical of his sire Scat Daddy, with an exaggerated athletic walk and he will offer our clients an extremely commercial option for next season."

Bred by Anderson Farms, Sergei Prokofiev joined the Coolmore fold when bought by MV Magnier for $1.1 million at the Keeneland September Sale in 2017. He duly repaid that hefty investment by developing into a high-class juvenile. 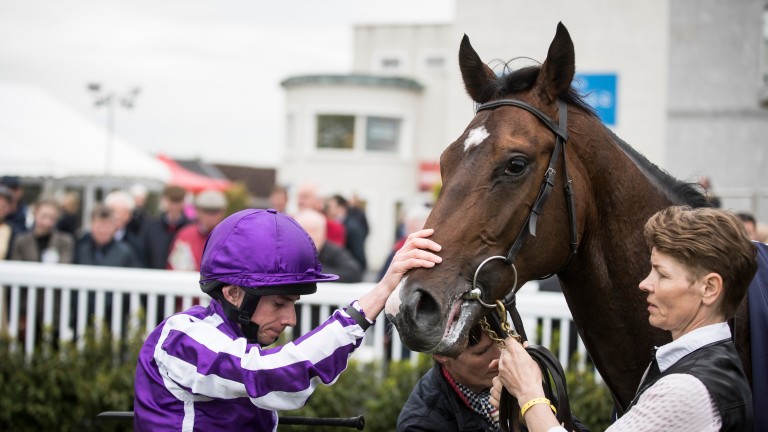 He lost out by a short head to subsequent Group 1 winner Skitter Scatter on his debut, before he broke his maiden by seven and a half lengths next time.

That performance was followed by another wide-margin victory in the Listed Rochestown Stakes, which he won by four lengths, before he finished a running-on third behind Calyx and Advertise in the Coventry Stakes, having endured a less than smooth trip.

His finest hour came in the Group 3 Cornwallis Stakes at Newmarket, in which he displayed an abundance of speed and an irresistible turn of foot to sweep from last to first in a matter of strides. He won going away by a comfortable length and a quarter.

He added the Listed Cork Stakes to his race record when he reappeared at three.

The son of sire sensation Scat Daddy is out of Orchard Beach, a daughter of three-time champion US sire Tapit and a half-sister to Grade 3 scorer Necessary Evil.

Sergei Prokofiev will join Adaay, Due Diligence, Havana Grey and leading light Showcasing on the Whitsbury Manor stallion roster. A fee for the new recruit will be announced at a later date.

FIRST PUBLISHED 6:02PM, SEP 14 2020
He is an imposing individual typical of his sire Scat Daddy with an exaggerated athletic walk