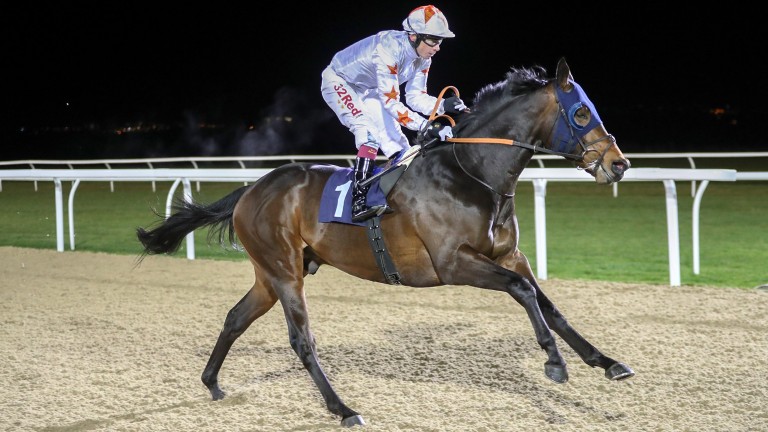 Mishref is no stranger to international ownership. A regular at the leading global sales, he has seen his green and white silks carried to victory in the US, Britain and his native Saudi Arabia.

The announcement is likely to spark some excitement in Saudi Arabia with the inaugural Saudi Cup named as one of the primary targets for Gronkowski as part of an ambitious campaign.

A longtime friend and ally of his new partners, Mishref aided Phoenix CEO Amer Abdulaziz on a fact-finding mission to Riyadh this year as the group's founder explored the possibilities of racing in Saudi Arabia.

"We are delighted to welcome Khalid bin Mishref to the Phoenix Thoroughbreds team," Abdulaziz said. "We pride ourselves on our international growth, and to have a man of Khalid's experience joining the team at such an exciting stage of Gronkowski's career is a major plus.

"Saudi Arabia is an ambitious racing nation with fantastic facilities, and this reaffirms our commitment to the sport in the country. We look forward to a long and successful partnership."

For his part, Mishref is eyeing a prosperous future with Phoenix Thoroughbreds' star horse.

"It was an easy decision to invest with Phoenix Thoroughbreds," explained the Saudi owner. "Not only is Gronkowski a world-class racehorse, but Phoenix's international ambitions mirror my own.

"A chance to be part of a horse of this calibre doesn't come around that often, so I was delighted to be given the opportunity. It's very exciting to think he'll be lining up in the Saudi Cup in front of Saudi racing fans. I'm sure that this will be a very successful partnership."

Now trained in Dubai by Salem bin Ghadayer, Gronkowski first came to prominence with a series of victories in Britain, which earned him a place in the 2018 Kentucky Derby. A high temperature prevented him from taking up his engagement in the first leg of the Triple Crown, and connections changed their focus to the Belmont Stakes, where he ran second to Triple Crown winner Justify.

In late March, Gronkowski was beaten a nose by Thunder Snow in the Dubai World Cup, his most recent race. After that, the Phoenix team nominated him to the Saudi Cup as it charts a path that includes the Meydan showpiece and the Pegasus World Cup Invitational Stakes at Gulfstream Park.

FIRST PUBLISHED 12:26AM, OCT 21 2019
A chance to be part of a horse of this calibre doesn't come around that often, so I was delighted to be given the opportunity