Her owners include UK-based duo John Tierney and Martin McDonagh 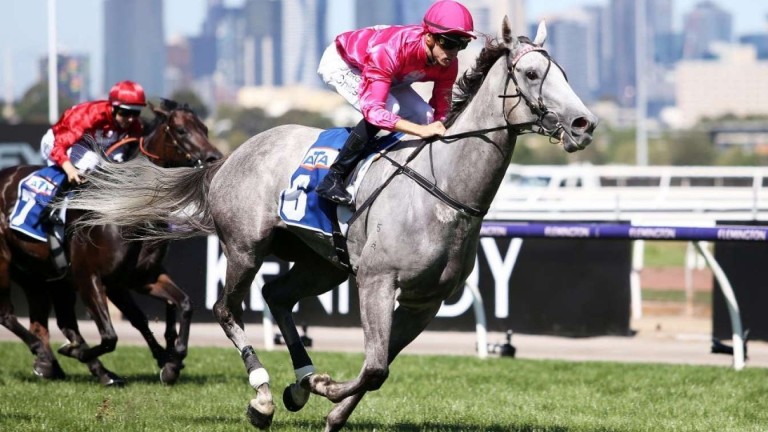 Star Western Australian mare Fabergino has joined Chris Waller’s Melbourne stable after winning the Listed Bob Hoysted for the second time at Flemington last weekend, with future plans including an appearance at Royal Ascot and a suitably blue-chip covering in Europe.

The six-year-old grey has won 12 of 19 starts for Perth trainer Tiarnna Robertson, including the Group 3 Northam Mazda Stakes at Ascot - Australia's Ascot, that is.

Co-owner Jim Anderson told The Races WA: “Fabergino will be transferred to Chris Waller’s Flemington base. We are also in discussions with several potential buyers, including a part-sale with Chris Waller’s clients."

The ownership group also includes John Tierney and Martin McDonagh, who live in the UK.

“They will have the opportunity of seeing her run in the flesh again,” Anderson continued. “Chris has big plans for Fabergino, including a career-ending finale at Royal Ascot. She will then commence her next chapter as a broodmare and a service in England to one of the best European sires at the time.”

Anderson praised Robertson, saying: “All of the owners, myself, John Beesley, John Tierney and Martin McDonagh recognise the hard work and effort that Tiarnna put in.

"She did all the work to get Fabergino to where she is today and that won’t be forgotten."

FIRST PUBLISHED 1:21PM, MAR 5 2021
Chris has big plans for Fabergino, including a career-ending finale at Royal Ascot. She will then commence her next chapter as a broodmare