Tom Peacock reports on the action after racing at Prestbury Park 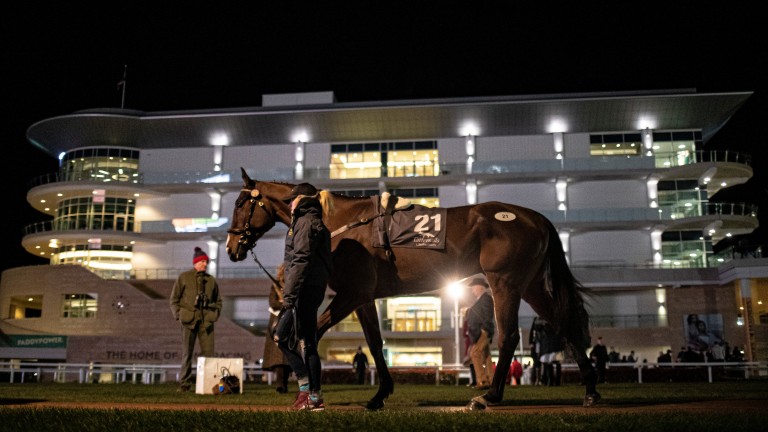 The formidable buying combination of agent Ross Doyle and trainer Colin Tizzard made off with the top three lots for a sum of £840,000 at a Tattersalls Cheltenham Festival sale which proved that the appetite for potential prospects to return to the meeting in future years remains strong.

The five-year-old son of Oscar out of Native Idea had won his only point-to-point for Donnchadh Doyle at Ballycahane by three lengths last Saturday and moved around the Prestbury Park paddock with a swagger.

Native Idea, a veteran mare, is best known as being the dam of a smart performer who arrived Cheltenham a decade ago on the hunt for a £1million bonus. Go Native, the winner of the Supreme in 2009, had added the Fighting Fifth and Christmas Hurdle to his tally the following season but wilted in the Champion Hurdle and was off games for more than two years.

"Go Native on his page was a bonus, as he was a real physical specimen - Colin, Joe [son and assistant] and I all loved him." Doyle said. "He’s for established clients in the yard who wanted to get a very nice horse. The Tizzards have had great success with Oscars already and he comes from a great nursery."

The earlier leading lot was one from Colin Bowe’s Milestone Stables draft in Amarillo Sky (15), who had scored on his only start at Borris House. "Colin is an unbelievable trainer and a great judge," Doyle said. "His horses always look fantastic." 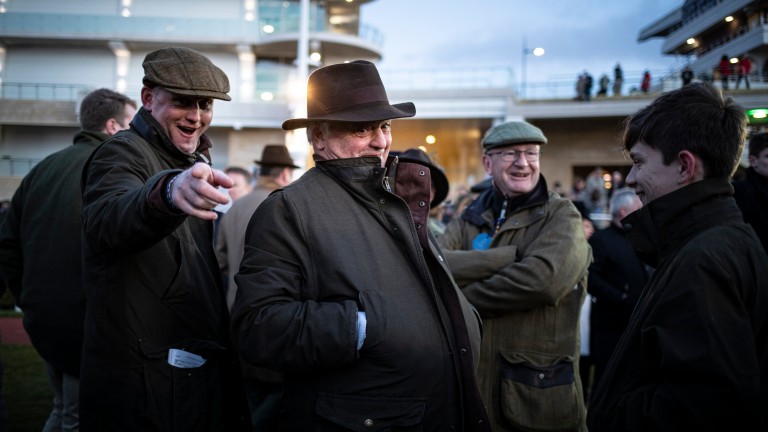 Tizzard had taken a view on Shirocco’s Dream (6), a grand-daughter of the brilliant two-miler Function Dream, who was acquired from Donnchadh Doyle’s Monbeg Stables for £260,000 after also getting off the mark at Borris House.

"We haven’t got a lot of mares and there are a lot of nice races for them," the Sherborne trainer said. "She was second to Rose Of Arcadia on her first start, and she looked a really nice mare winning the bumper at Taunton on Monday. Hopefully this one can turn out just as good."

Donnchadh Doyle’s brother, James, had a terrific return on investment himself when consigning Hollow Games (14) under his Baltimore House Stables banner.

A Beat Hollow four-year-old who had effortlessly opened his account a few days ago at Turtulla, he is from the family of Nicky Henderson’s Remittance Man, the wonderful two-mile chaser of the early 90s who won both the Arkle and Queen Mother Champion Chase.

After Aidan 'Mouse' O’Ryan and Gordon Elliott had battled off a series of underbidders to land the four-year-old for £255,000, a delighted James Doyle said: "I bought him for €28,000 at the Goffs Land Rover and he’s been a legend of a horse since we had him. He was a good walker and this would be up there with the best results I’ve had."

Another of Bowe’s point-to-pointers became the fifth and final individual to pass the 200,000gns ceilling, with Mags O’Toole snapping him up potentially exciting Lingstown scorer Gerri Colombe (11) for £240,000.

It was difficult to know what to expect from the sale under the circumstances and although the figures were down on last year, the trade appeared more than satisfactory.

FIRST PUBLISHED 9:02PM, MAR 12 2020
The Tizzards have had great success with Oscars already and he comes from a great nursery