'Covering fees and sales company charges will have to come down' 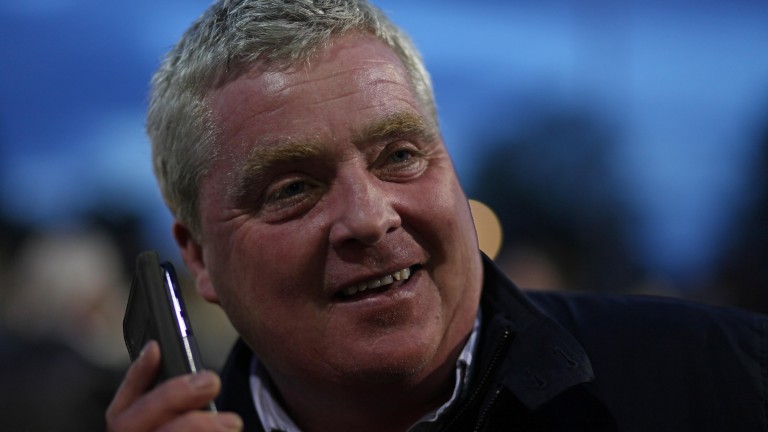 Richard Kent, who runs Mickley Stud in Shropshire, tells us about how he is managing – both personally and professionally – with the Europe-wide lockdown to slow the spread of the coronavirus

How is life at Mickley Stud ticking over?

We're making the best of it. One good thing to come out of lockdown is I've been able to spend more time with my children Fraser, 12, and Nell, ten.

Usually at this time of year I'd be too busy, but without having to show visitors around I've probably gained around three hours each day. So I've trained Fraser to become a tractor driver, and he's now going to replace a very expensive member of the team!

With the extra time we've also become a lot more observant around the stud, and can check on horses individually and see jobs that need doing, so vets' bills are running at a fraction of what they usually are.

Just generally we've become more aware of costs and ways of saving money – and that has to be the way as it looks as though we'll have to forget sales and trading for the time being.

That said, with the extra time on our hands I've actually managed to reconnect with some old clients and have sold a couple of horses on the back of it. I think a lot of them are so depressed at being stuck at home and fighting with their wives that they're looking forward to having a bit of pleasure when lockdown ends – that's one good thing about all this; I think it'll renew a lot of people's enthusiasm for the sport, as they've seen how boring life is without it.

And we've been lucky with the beautiful weather – it's done wonders for the foals, and I think it'll help us have our best crop.

There is a bleak side, of course, and we have 80 yearlings here and 120 mares foaling down among tremendous uncertainty. But my mother told me that the Lord always provides and I know the industry will get through this one way or another.

What measures have you brought in on the stud to deal with the coronavirus and lockdown?

Well, the lads have been wearing face masks, though a few have customised them with a hole so they can still smoke a cigarette!

On a serious note, though, we're following all the TBA protocols and aren't allowing anyone from outside on the farm, while any part-time staff from the local villages or student workers have been stopped. It's meant those of us based on the farm have had to work harder but the exercise isn't doing us any harm.

I've learned how to use WhatsApp and am taking around 30 to 40 pictures a day of the stock to send to clients to keep them happy. Although I'm often sidetracked by the jokes and rude messages that get circulated around the industry!

Are you and your clients covering fewer mares this year, or are you carrying on as much as normal in the hope the market recovers?

Up to this point, I think the majority of the commercial mares have been covered.

But from now I would normally be expecting a lot of business from hobby breeders in places such as Scotland and Wales and I don't think we'll see those as much this year, as they won't want to travel horses for fear of bringing the virus on to their farms.

They'd be better than nothing, but we'll be back to a point when old-fashioned word of honour and trust between the vendor and buyer is all-important.

It's only a small industry and I think those who have been straightforward when they've sold horses in the past will find it easier; those who have described their geese as swans might find prospective buyers don't take their word for it again.

I've seen a few people query whether studs outside of Newmarket would get as much footfall from agents for inspections before any hypothetical online sale but I'm not worried by that too much. Any agent who couldn't be bothered to come to Shropshire wouldn't be doing their job properly; it's hardly a foreign country. 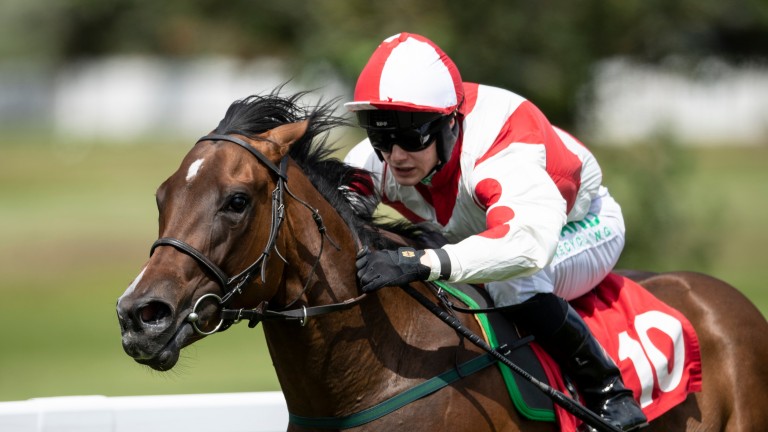 You've been welcoming the first foals by your Hungerford Stakes winner and 2,000 Guineas runner-up Massaat; are you pleased with what you're seeing?

We've around 50 foaled so far and they're the nicest bunch we've had here – all similar makes and shapes. It's early days but they look as though they should be forward two-year-old types.

He should cover more than 80 mares this season, which I'll take in a desperate year such as this. And it's not just about quantity – I'm pleased to say that a lot of trainers, including Tim Easterby, are supporting him with their own mares.

You raised last year's Molecomb Stakes winner Liberty Beach for owner-breeder Philip Wilkins, and have been closely associated with her career. What's the latest on her?

She's trained on well and John Quinn is very happy with her. We had hoped for her to have her first run in France but with restrictions on overseas runners it looks like she'll make her debut in England instead now. The aim for her is the Commonwealth Cup.

I'm also excited about her two-year-old half-sister by Mehmas, named Virginia Plane, who will also be trained by John. She's showing serious promise.

What are your expectations of the market this year?

If we can get 60 per cent of what we'd been hoping for for our stock, I think we'll be doing well. Luckily the banks have been very helpful and it looks like we'll be able to take advantage of the government's support loans for small businesses.

The whole pricing structure of the industry will need to be reviewed and adjusted to make sure everyone gets over the line, though. Stallion fees will likely have to come down, and so too should sales company charges and vets' bills – everything.

I don't really watch much telly. After supper at 9pm I usually fall asleep for two hours, then wake up and check on the mares and go to bed!

The best recommendation I can give is to make the best of spending time with the family, as those of us in the industry are usually too busy to do so. We're spending a quality 12 hours a day together and I think it's been beneficial to the kids.

We've also been planting 1,000 oak trees that the government had ordered but couldn't use, so it will be nice to look back on those in six years' time when they're a decent size.

Liberty Beach and Virginia Plane could make it a special season, too.

FIRST PUBLISHED 5:03PM, MAY 2 2020
The lads have been wearing face masks, though a few have customised them with a hole so they can still smoke a cigarette!