Khathak among the eyecatching two-year-olds at Kempton on Wednesday 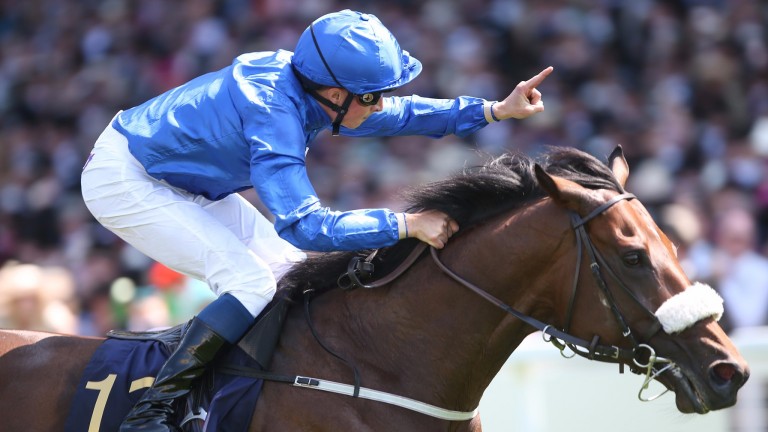 There is more Flat racing than jumping in Britain and Ireland on Wednesday, and while that might usually be considered rather unsatisfactory given it’s December, it might turn out for the best given Storm Barra’s battering.

Four two-year-old races start proceedings at Kempton, where the highlight from the juvenile fare is surely the debut of Ribchester’s brother Khathak in the first division of the mile novice stakes at 5.00.

The colt is the sixth foal out of Shadwell’s Mujarah, who did not cut much ice on the track but has produced three winners in her second career as a broodmare, headed by brilliant four-time Group 1 winner Ribchester.

Well handled by Richard Fahey, the son of Iffraaj won the Prix Jacques le Maraois, Lockinge Stakes, Queen Anne and Prix du Moulin, not to mention the Jersey Stakes at Royal Ascot and Mill Reef Stakes as a juvenile.

Whether the Kildangan Stud sire’s full sibling, a homebred who is trained by Charlie Appleby for Godolphin, will get anywhere near those heights is a tall order, but we should learn something about him on Wednesday, especially as the race he contests looks decent enough.

Silverscape was off the mark at the first time of asking for the Roger Teal yard, while Asean Legend has finished second on his two starts and might go off favourite here.

What’s more, one of the other two newcomers in the race could be in the mix too. Sonnerie Power debuts for King Power Racing and Roger Varian, and the son of Almanzor was a Book 1 yearling, being knocked down for 210,000gns. He is a half-brother to four winners.

A much pricier newcomer hammered down at the same sale was Nobel, one of seven set to make their debut in the second division of the novice event at 5.30.

The son of Lope De Vega, out of Sea The Stars’ daughter Starlet, was bred by Lord Halifax and was picked up by David Redvers at 825,000gns.

Starlet has already produced Group 3 winner Love Locket and Listed winner Raakib Alhawa from three foals to have raced, and her fourth will make his debut in the silks of Qatar Racing for the Andrew Balding yard.

There is less experience in this contest, with just four of the 11 declared having run before. One of the other newcomers, Sky Legend, was a 450,000gns Book 1 buy last autumn.

By Galileo, he is the first foal out of Siyouni’s daughter Spectre, winner of the Group 3 Prix Imprudence and runner-up to Vadamos in the Group 1 Prix du Moulin.

Sky Legend, who was bred by Newsells Park Stud, like Asean Legend in the race before carries the colours of KK Ho and represents the Palmer yard.

FIRST PUBLISHED 2:34PM, DEC 7 2021
By Galileo, Sky Legend is the first foal out of Siyouni’s daughter Spectre, winner of the Group 3 Prix Imprudence