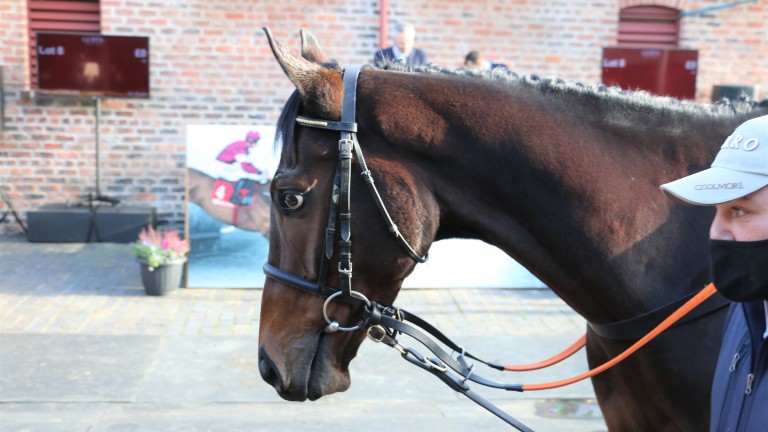 Douvan's exciting full-brother Jonbon is set to be trained by Nicky Henderson after JP McManus broke a record to secure him for £570,000 at Thursday's Goffs UK November Sale at Yorton Farm.

The four-year-old became the most expensive point-to-pointer ever sold at auction when McManus, who was bidding by phone, bought him from Ellmarie Holden's Coolmeen Stables.

Plans are understandably fluid at this stage, with McManus's racing manager Frank Berry waiting to see how the dust settles.

"He hasn't gone to Nicky's yet but he'll be training him," he said on Saturday. "Nicky will take the decisions from there."

Henderson added: "We're delighted and very lucky to get to train him. I've seen the video of him and he seems like a beautiful horse so it's exciting for everyone. When a horse costs that much there's always a bit of pressure, but we'll enjoy it, I hope." 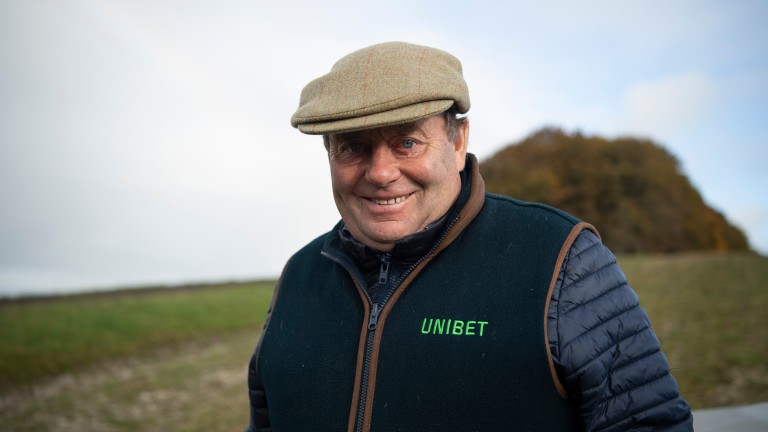 Nicky Henderson was excited by the news of Jonbon's arrival
Edward Whitaker / racingpost.com/photos

McManus held the record for the highest purchase for a jumps horse in training for 15 years when Garde Champetre was knocked down to Timmy Hyde for 530,000gns at Doncaster in 2004. That mark was eclipsed only last year, when Darren Yates bought Interconnected for £620,000.

The owner has sent Henderson several of his other recent sales-toppers. Last year he bought My Whirlwind for £400,000 at the Tattersalls Cheltenham Festival Sale, a record price for a jump mare in training, while Chantry House topped the 2018 December Sale at £295,000 and looked a bright prospect when finishing third in the Supreme.

The French-bred Jonbon was the first of Douvan’s siblings to have made an appearance in public when bolting up in a point-to-point at Dromahane last weekend.

He is the fourth foal of broodmare Star Face – the Grade 1 superstar was her first – and her latest Walk In The Park full-brother to the pair is set to be sold at Arqana next week.