Daughter of Sir Prancealot was purchased as a yearling for just £7,500 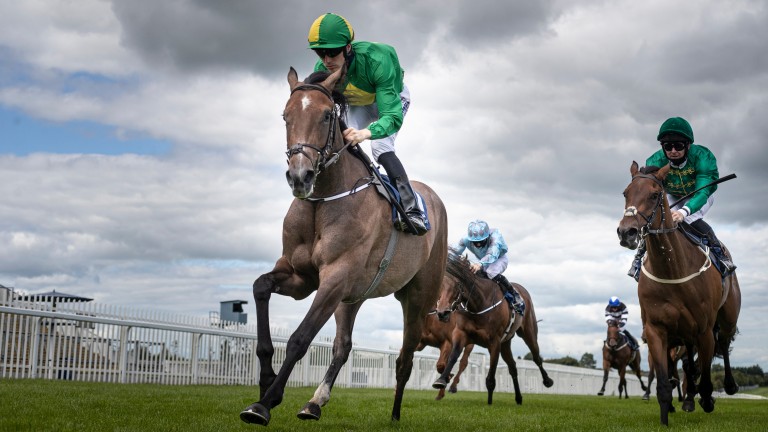 Miss Amulet, a cheap yearling purchase who has been transformed into a high-class two-year-old by trainer Ken Condon, has been sold to Coolmore's Michael Tabor and partners in a private deal.

The Group 2-winning juvenile is set remain under the care of the Classic-winning trainer.

"I can confirm that Miss Amulet has been sold outright to Michael Tabor and partners for an undisclosed figure," said bloodstock agent Michael Donohoe of BBA Ireland, who purchased Miss Amulet as a yearling. "She remains in training with Ken Condon and the plan is to run her in the Group 1 Cheveley Park Stakes."

The daughter of Sir Prancealot has changed hands for modest sums at public auction on two occasions, having been pinhooked by Rockview Stables for €1,000 as a foal before Donohoe secured the filly on behalf of owner Colm Griffin for the bargain sum of £7,500 at last year's Tattersalls Ascot Yearling Sale.

Despite those lowly early price tags, Miss Amulet has gone on to prove herself one of the season's best two-year-old fillies, having won the Listed Marwell Stakes before taking the step up in class in her stride to land the Group 2 Lowther Stakes by a length on her latest outing.

Although her latest purchase price remains undisclosed, given her Group 2-winning exploits she is expected to have cost a sum in the high six figures. 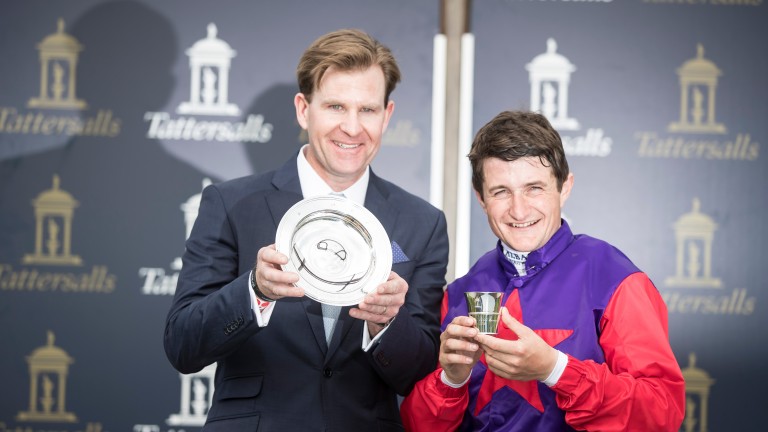 Condon said: "She's had a very good season and the plan remains the Cheveley Park, which we're all looking forward to. Hopefully she's as lucky for her new owners as she has been for her previous owner, who I know thought long and hard about selling her. He's had a great journey with her and he wishes the new owners luck."

On the rise to stardom Miss Amulet has taken, Condon added: "We're all operating in a difficult climate at the moment but this has been a real feel-good story and gives, I'm sure, plenty of people encouragement to go and buy yearlings and look to the future.

"We'll all be trying hard to emulate what Michael did when he bought Miss Amulet."

Those sentiments were echoed by Donohoe, who said: "It just goes to show that you don't need to spend a fortune to buy a top-class two-year-old who can compete against the best.

"She's not the only one in Ken Condon's yard either, as Dermot Farrington signed for Laws Of Indices for €8,000, and I bought Teresa Mendoza after she won her maiden; she was not sold as a foal for just €5,000 and now we're planning to run her in the Moyglare Stud Stakes at the weekend."

He added: "From an agent's point of view, you're only as good as the trainers your purchases go to. Trainers like Ken Condon and Jessica Harrington, they make agents like myself look good; it's really all down to the trainers, and the care the horses get before and after we buy them." 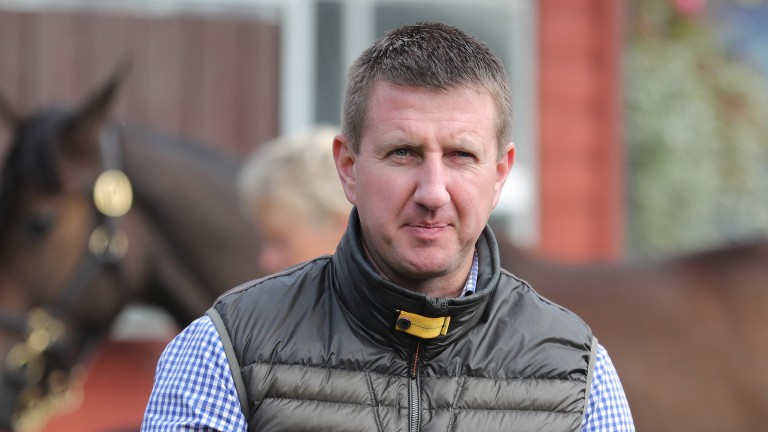 Michael Donohoe: "The cheaper ones are always the sweeter ones"
Tattersalls Ascot
Donohoe, who also bought this year's Group 1 Phoenix Stakes scorer Lucky Vega on behalf of Zhang Yuesheng, expanded on how he came to source Miss Amulet as a yearling.

He said: "She was bought for Colm Griffin, who's relatively new to the game. He asked me to buy a couple of yearlings to trade on once they'd got some form.

"She was the only filly I bought for them last year so it's a great story. The cheaper ones are always the sweeter ones.

"It was actually a friend of mine, Dermot Dunne and his niece Eleanor, who sold Miss Amulet. They gave €1,000 for her as a foal and I was at the farm looking at yearlings out in the field and spotted her and asked what she was by.

"I contemplated buying her then and offered her to one or two people privately, but they didn't take her. She was one of the main reasons I went to the Ascot Sale last year."

He added: "I'm a big fan of Sir Prancealot. Along with Niall Dalton we bought [multiple Grade 2 winner] Beau Recall from a claimer in Ireland, and he was always a stallion at the front of my mind. It's a shame he's gone [to Rancho San Miguel in the US]. He's a particularly good sire of fillies; they're willing and progress with their racing."

Miss Amulet was bred by Ringfort Stud, who sold an El Kabier half-sister to the Lowther Stakes winner to Nick Bell on behalf of Chris Wright for 45,000gns at the Tattersalls Ascot Yearling Sale on Monday.

FIRST PUBLISHED 3:15PM, SEP 8 2020
It just goes to show that you don't need to spend a fortune to buy a top-class two-year-old who can compete against the best