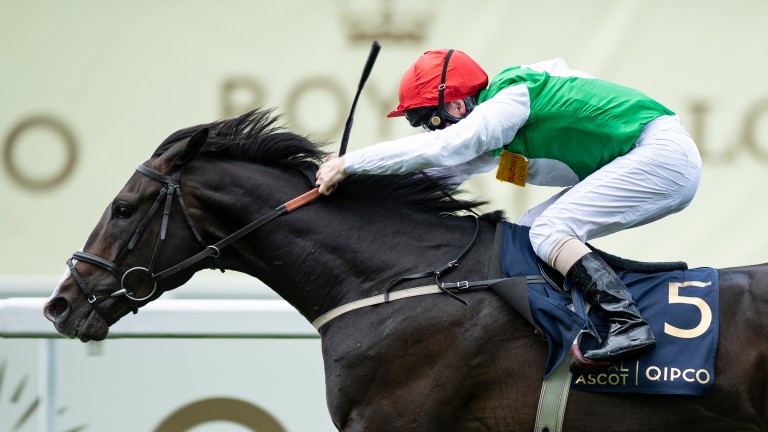 Pyledriver: Harbour Watch colt must have inherited his stamina from his dam
Edward Whitaker
1 of 1
By Martin Stevens UPDATED 12:46AM, JUN 18 2020

If Pyledriver were a person the Ascot Authority might have thought twice about allowing him access to the royal enclosure, so humble are his origins.

But the colt, whose parentage is definitely more plebeian than posh, upset a field containing a clutch of regally bred horses and the fourth most expensive yearling colt ever sold under the hammer in Europe to win the King Edward VII Stakes on Tuesday.

Pyledriver, trained by William Muir and ridden by Martin Dwyer, was always travelling strongly in the race known informally as the Ascot Derby and took up the running two furlongs from home.

He kept on well to score by two lengths from Arthur's Kingdom, a Camelot three-parts brother to three-time Canadian International winner Joshua Tree, with Mohican Heights, an Australia half-brother to classy performers Eye Of The Storm and Satchem, in third.

Mogul, the aforementioned sale sensation who sold to Coolmore for 3,400,000gns as a yearling at Tattersalls October Book 1, was sent off odds-on but the Galileo colt could finish only fourth in his bid to become the third Royal Ascot winner for his dam Shastye after Japan and Sir Isaac Newton. 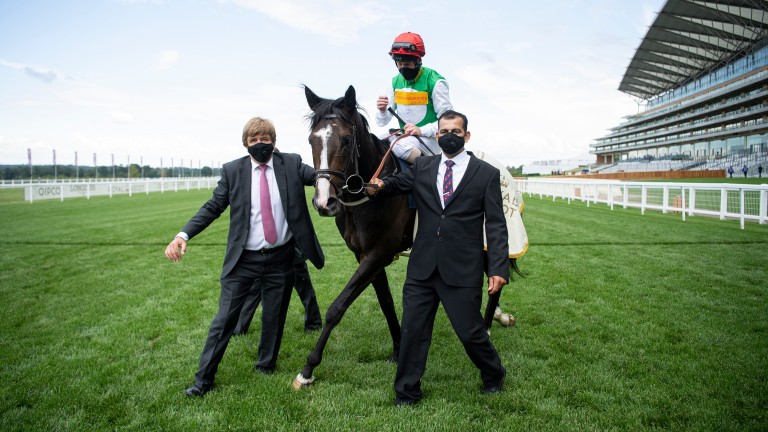 In stark contrast, Pyledriver was bred by his owners Roger Devlin and brothers Guy and Hugh Leach out of La Pyle, a daughter of Le Havre bought from France after winning a handicap and claimer in her native country. She was only sent to stud after showing nothing in four starts over jumps for Philip Hobbs.

The late Kevin Mercer of Usk Valley Stud took on the mare and she was sent to unbeaten Richmond Stakes winner Harbour Watch in his fourth season at Tweenhills, in the spring before his debut two-year-olds were set to race.

Unfortunately, Harbour Watch turned out to be a disappointing sire and was out in the cold by the time Pyledriver, the result of the mating with La Pyle, came up for sale as a foal at Tattersalls in 2017.

Pyledriver attracted little interest at the sales and he was bought back for just 10,000gns by his breeders, who have since received skyscraper offers for the colt after his victory in the Listed Ascendant Stakes last year and a runner-up effort in the Group 3 Classic Trial at Kempton this month.

For all the light-hearted talk of Pyledriver being a social upstart on breeding, there are some seriously good elements in his pedigree.

La Pyle was no slouch, with a peak Racing Post Rating of 84 on the Flat, and her sire Le Havre is one of the leading lights of the French stallion ranks, his 34 stakes winners headed by the dual Classic heroines Avenir Certain and La Cressonniere.

La Pyle is also a sister to Park Express Stakes winner Normandel and a half-sister to Grand Prix de Paris victor Mont Ormel, the siblings being out of Lidana, a winning King's Best half-sister to dual Group 1 hero Linngari.

There is plenty of stamina in the female family, which helps explain how Harbour Watch – a son of top sprinter Acclamation who showed plenty of dash in his three victories over six furlongs at two – has come up with a Derby prospect in Pyledriver.

La Pyle has a two-year-old filly by New Approach also in training with Muir, as well as an Oasis Dream yearling colt.