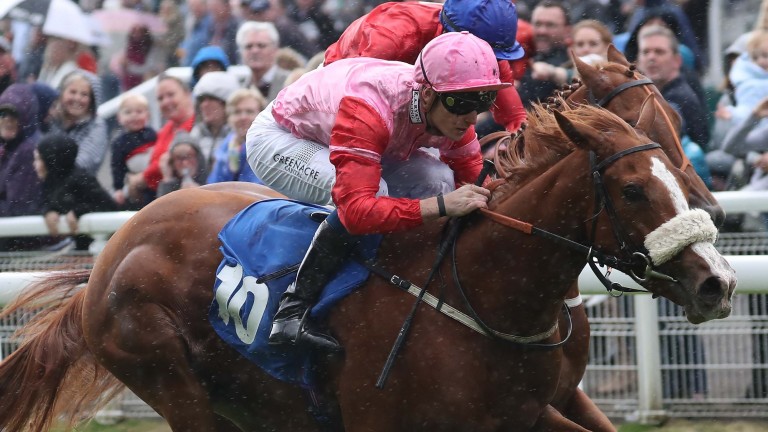 East (nearside) made a winning debut at Hamilton on Monday
John Grossick (racingpost.com/photos)
1 of 1
By Ollie O'Donoghue UPDATED 2:55PM, SEP 24 2018

East - a Frankel filly out of Listed winner Vital Statistics - lived up to expectations when making a winning debut in the Les Hoey MBE Dreammaker Foundation EBF Novice Stakes at Hamilton on Monday.

The filly put in a gutsy display to wear down the long-time leader Constant and win by half a length, with Dark Angel colt Happy Power another length back in third.

The winner was sourced by Stephen Hillen from Katie Walsh's Greenhills Farm at this year's Goresbridge Breeze-Up Sale, where she was knocked down for a record €315,000.

"I don't think she was bad value really, for what she is," said Hillen after making his purchase. "Plenty of other horses have made that kind of money this year, so for a Frankel out of a Listed-winning mare it’s not bad value. Hopefully now she can run."

Bred by Mitaab Abdullah, East is out of the Listed Dick Poole Stakes scorer Vital Statistics, a daughter of another Listed-winning sprinter in Emerald Peace.

Vital Statistics was acquired by Emerald Bloodstock for 460,000gns at the 2012 Tattersalls December Mares Sale, and she also has a yearling colt by Frankel, an Acclamation colt foal and was covered by Irish 2,000 Guineas winner Awtaad this year.

Frankel's own sire Galileo has clicked particularly well with sprinters, with a mating to dual Listed winner Kind producing the dual world champion. 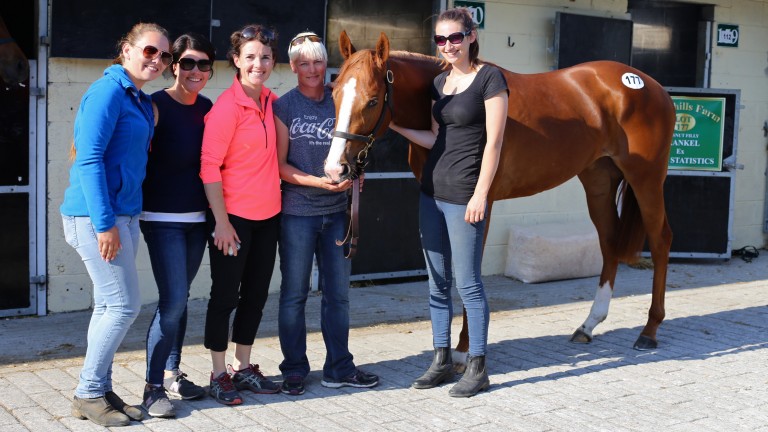 FIRST PUBLISHED 2:47PM, SEP 24 2018
Plenty of other horses have made that kind of money this year, so for a Frankel out of a Listed-winning mare it?s not bad value