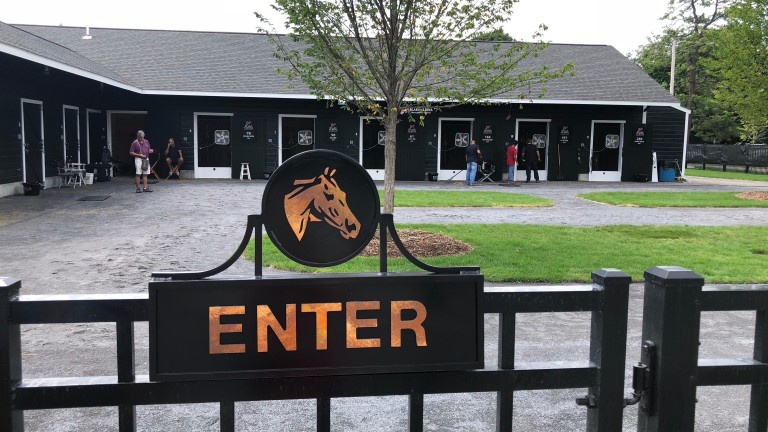 There is bright optimism on the grounds despite gloomy weather in New York
Fasig-Tipton Photos
1 of 1
By Michele MacDonald 4:03PM, AUG 7 2018

There may have been persistent rain and dark skies hovering over Saratoga Springs, New York, during the weekend but even such dispiriting weather did not dim the bright outlook of vendors and sale officials in the run-up to Fasig-Tipton’s two-session selected yearling sale on Monday and Tuesday.

Bolstered by a strong American economy, an upbeat beginning to the yearling market in July and a larger catalogue than last year’s near-record auction, the Saratoga sale seems poised for a sparkling run.

“Excitement and anticipation” were the words Fasig-Tipton vice president of sales Bayne Welker jnr chose to describe the atmosphere as some of America’s most aggressive buyers descended upon the grounds on Friday to begin shopping even before some consignors were ready to show their horses.

“I think it will be a strong sale because quality is what people want and there is a lot of it here,” said Brian Graves, director of public sales for Gainesway Farm, the leading consignor at Saratoga last year. 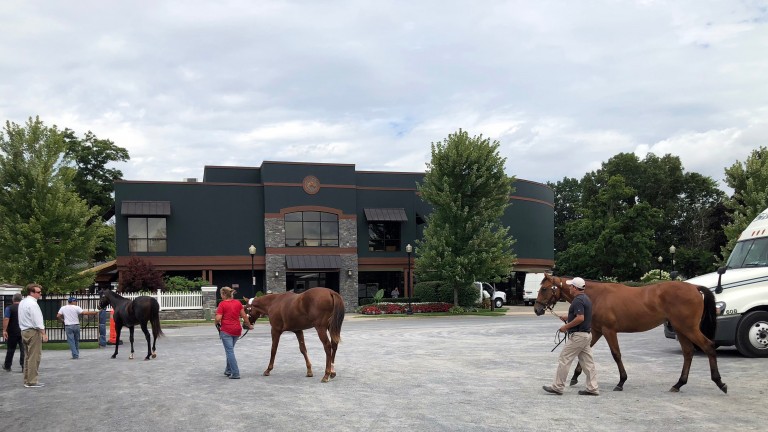 A special attraction for buyers this year will be the first large group of yearlings by 2015 Triple Crown winner American Pharoah to trot on to the market stage. Fifteen yearlings were catalogued by American Pharoah, second only to the 16 included by established sire Uncle Mo.

“We have some of his offspring that are very special physicals on the grounds. It will be exciting just to see the reaction, from the casual racing fan to the buying bench. There’s going to be a lot of eyes on them to see what they look like and how they get off the mark in the market."

Eleven other promising stallions with their first crop of yearlings are also represented in the catalogue, including Breeders’ Cup winners Liam’s Map, with 11, and Bayern (two), as well as fellow Grade 1 winner Honor Code (nine).

They are joined by America’s most successful sires such as Tapit, who has eight yearlings in the catalogue, War Front (two), Medaglia D’Oro (12), Curlin (11) and Into Mischief (13).

The sale has potential to burst out of the gate, with three offspring of American Pharoah in the first ten lots. Not long afterwards, the War Front half-sister to two-time American champion turf mare and Queen Anne Stakes winner Tepin will be due in the ring as hip 27.

A bay bred in Ireland by a Coolmore syndicate called after the filly’s dam, the Stravinsky mare Life Happened, the filly also is a half-sister to multiple Grade 2 winner Vyjack and is consigned by Eaton Sales, agent. Life Happened produced a Galileo colt in March.

Other yearlings with particularly eye-catching pedigrees include hip 65, a War Front filly out of stakes placed Pine Needles, a Giant’s Causeway daughter of Premio Oaks d’Italia winner Meridiana; hip 93, a Candy Ride half-sister to champion and first-year Coolmore stallion Classic Empire; and hip 137, a Tapit filly out of Galileo’s stakes-winning daughter Twirl, a sister to multiple Group 1 winner Misty For Me.

Also, hip 169, an Into Mischief colt out of Tepin’s half sister Azara, by More Than Ready, who was bred by John and Leslie Malone’s Bridlewood Farm and is consigned by Denali Stud, and hip 255, an Uncle Mo colt out of a half-sister to multiple champion and Mandy Pope’s $9.5 million broodmare prospect purchase Songbird.

Consignors seem to be gaining renewed optimism about bringing yearlings to Saratoga after some challenging years in the immediate wake of the global economic crash. The sale comes about a month before the Keeneland September yearling auction, the world’s largest marketplace, so a horse has to be a progressive type and expenses can be greater with the extra travel, but the smaller catalogue allows individuals to shine without getting lost in a crowd.

Kentucky-based Runnymede Farm and Upson Downs Farms, which hadn’t participated at Saratoga for years, are back, with the former farm consigning an American Pharoah filly and a Hard Spun half-brother to Grade 1 winner Collected.

“It’s a beautiful sale,” said Runnymede general manager Romain Malhouitre of the Saratoga venue. “It takes a special horse to go there, and we were lucky enough to have two at the same time. They fit on the page, they fit with their physicals - they're pretty forward horses and they're great movers.

“We were looking to going back [to Saratoga] at some point, but the horses have to tell you what to do and not the opposite way around. Those two horses fit perfectly, so we're taking a shot and seeing where it takes us. It’s exciting to go back there."

For its part, Upson Downs has consigned a Speightstown filly out of Breeders’ Cup Filly & Mare Turf winner Shared Account who was bred by Sagamore Farm.

This year’s Saratoga sale will be special, although markedly poignant, for another reason that extends far beyond pedigrees. 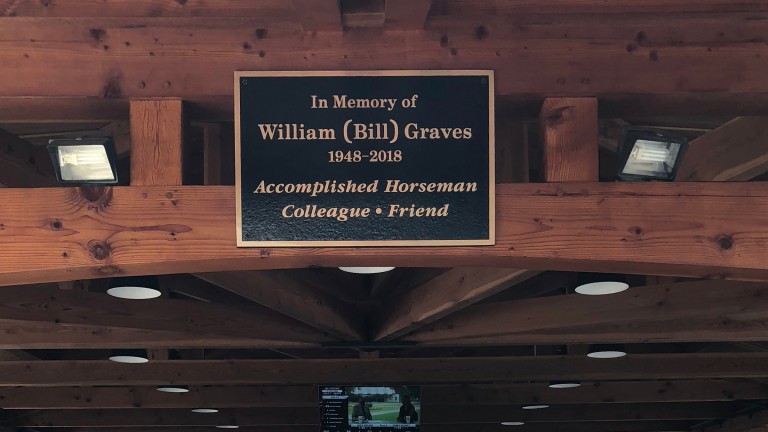 Bill Graves, who served Fasig-Tipton as senior vice president for 26 years, oversaw the recruitment of the yearlings prior to his death in May following a short illness.

Fasig-Tipton installed a plaque honouring Graves as an “accomplished horseman, colleague and friend” above the exit to the covered walking area where yearlings are shown to potential buyers before they advance into the sale ring.

In a special tribute on the inside cover of the catalogue, the sale company states that Graves’s “contributions to Fasig-Tipton - and to the Saratoga sale in particular - are immeasurable.

“Next to his achievements as a parent and grandfather, Bill most enjoyed his time spent at Saratoga in August, paying close attention to each thoroughbred yearling accepted to the sale and to the needs of every seller and buyer.”

Welker emphasised that Graves was a consummate horseman known for taking time to share his expertise with anyone, particularly newcomers to the staff.

“We’ll miss him. He meant so much to us,” Welker said. “We placed that plaque where it is so that hopefully every horse that walks in the ring here will be able to pass under Bill’s name.”