Pivotal's prowess as a broodmare sire spreads to Japan 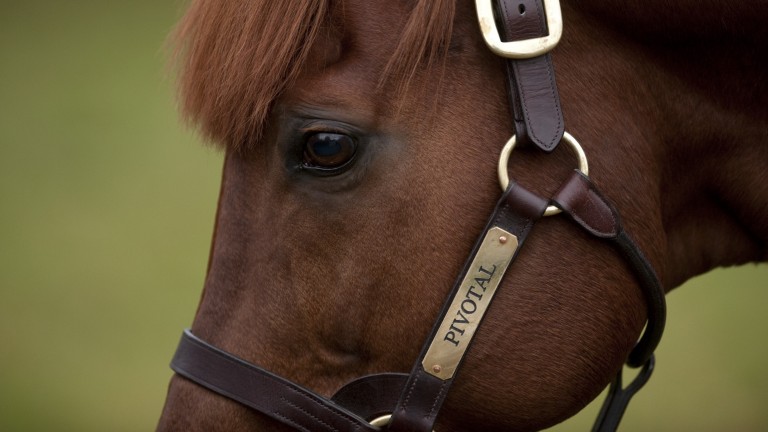 A local runner by a leading domestic stallion landed the Grade 1 Takarazuka Kinen at Hanshin in Japan on Sunday, but the result has significance for bloodlines around the world.

Successful in the Grade 2 Nikkei Shinshun Hai at Kyoto in January 2017 and fourth in the Tenno Sho last time out, Mikki Rocket becomes a 12th top-level winner for King Kamehameha, a son of Kingmambo who stands at the Shadai Stallion Station.

The stallion's roll of honour numbers stars such as Duramente, Lord Kanaloa and Rulership, while he also features as damsire of this year's Tokyo Yushun (Japan Derby) hero Wagnerian.

It is Mikki Rocket's damsire that will make breeders outside of Japan sit up and take notice, as he is yet another top-notcher out of a mare by Cheveley Park Stud flagbearer Pivotal.

He is also a 12th Group/Grade 1 winner produced by a daughter of Pivotal, after Cracksman, Harbour Law, Hydrangea, Main Sequence, Mayson, Olmedo, Polarisation, Precieuse, Rhododendron, The United States and Winsili.

Pivotal's earnings as a broodmare sire stand at just shy of £3.2 million in Europe this year.

What makes his prowess in this department all the more admirable is that he is still in service at the age of 25 and is churning out high-class horses as a sire in his own right, with the likes of Addeybb, Blair House and Lightning Spear representing him with distinction in 2018.

The identity of the Pivotal mare who produced Mikki Rocket is topical, as she is none other than Moneycantbuymelove, who won the Sandringham Handicap at Royal Ascot for Michael Bell in 2009.

Moneycantbuymelove, out of a Caerleon half-sister to Coventry Stakes and Poule d'Essai des Poulains winner Landseer, was a 75,000gns Tattersalls October Book 1 Yearling Sale buyback and proved that valuation all wrong by also winning the Listed Height of Fashion Stakes and finishing third to Midday in the Nassau Stakes.

Sold to Japan as a broodmare prospect, she has also produced winners by Smart Strike (My Flivver) and Stay Gold (Piece D'Or).

Red Evie, who won the race in 2006, went on to also land the Lockinge Stakes and is the dam of Prix de l'Arc de Triomphe and Breeders' Cup Turf heroine Found, while Barshiba, who won the Sandringham one year later, would produce Arabian Queen, who memorably took the scalp of Golden Horn to score in the Juddmonte International.

Those formlines will be music to the ears of Bjorn Nielsen, owner-breeder of Agrotera, a commanding winner of this year's Sandringham Handicap held on Friday.

Takarazuka Kinen runner-up Werther also has a pedigree of global significance as the New Zealand-bred is by Tavistock, a leading sire in that country who is by Montjeu – another of whose sons, Camelot, was in fine form at Royal Ascot with a double courtesy of Arthur Kitt and Hunting Horn.