Veteran was the first Group 1 winner for the brilliant Danehill 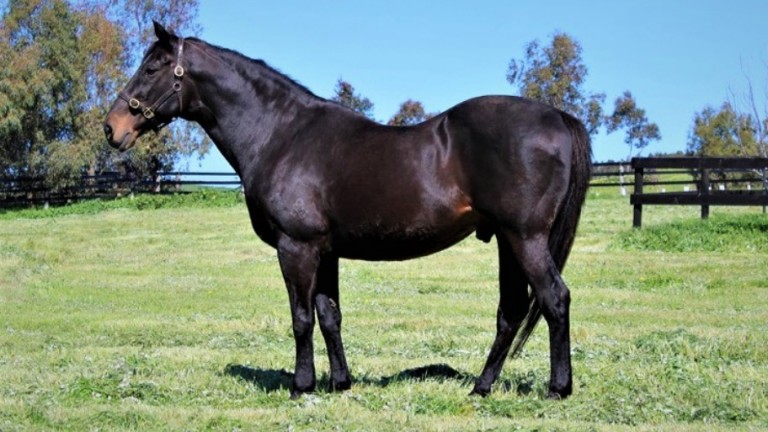 Danzero, who held the distinction of being the first Group 1-winning son of the great Danehill as well as becoming a fine stallion in his own right, has died in Australia aged 28.

Successful in the 1994 Golden Slipper, he joined Rosemont Stud in 2011 following a long stint at Arrowfield.

Danzero was retired after three more covering seasons and sired six top-level winners, including Dance Hero, who also landed the Golden Slipper a decade after his father.

He spent three seasons at Cheveley Park Stud at the turn of the century and produced some useful performers in Britain, including Lowther winner Soar and James Fanshawe's durable sprinter Zidane.

“He helped set in motion the stallion business for us and ultimately the purchase of Rosemont Gnarwarre from Tony Santic, which is now home to our five-strong stallion roster.”

Before Danehill became a record-breaking global paragon, he was first recognised in Australia, and Danzero is of particular significance to Rosemont.

We're so proud to breed & sell Danzero, Danehill's first G1 winner & our first Golden Slipper winner, then to stand him at stud for 15 years. A Champion 2YO Sire of 40 SW (6 G1) & now damsire of 31 SW - a great record & a wonderful life! Heartfelt thanks to all @RosemontStud. pic.twitter.com/YAmllUMYNA

Mithen continued: "It is fair to say he changed the course of what we do at Rosemont. We had an itch to scratch and try the stallion game and he got us off the mark. While his fertility let him down, the horse didn’t disappoint us.

"It was an honour to have him on the farm and he was revered by all that got to lean over his fence and give him a pat. He helped teach us the stallion game and was a true gentleman.

“He has been in the best health for the nine years he’s been with us. He refused to be boxed at night. We built him his own box before he arrived, only to learn he hated being cooped up and just wanted to spend his days and nights outside – rugged and roaming! I think he spent only three nights in that box ever!"

He added: "Our longest serving employee Suzanne Mowat, who has looked after him for the best part of a decade, found him Sunday morning, resting peacefully. He will now be buried just outside his paddock. May he rest easy."

FIRST PUBLISHED 11:34AM, JUN 29 2020
It was an honour to have him on the farm and he was revered by all that got to lean over his fence and give him a pat