First-crop sires Profitable and Ribchester among the stallions in demand 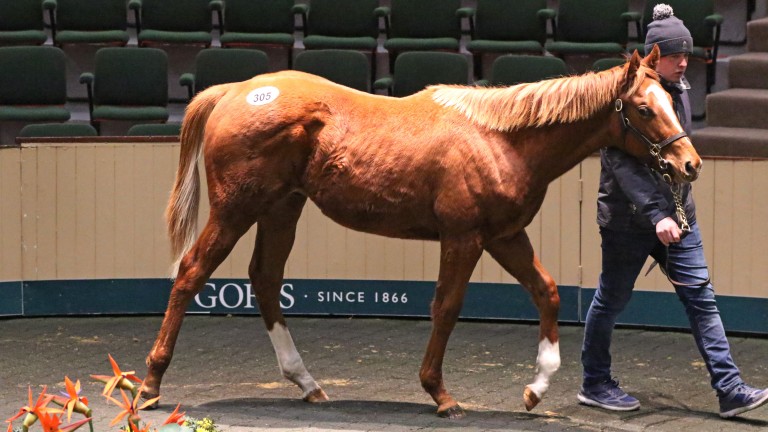 Trade stepped up a gear on day two of the Goffs November Foal Sale on Tuesday, with prominent pinhookers fuelling the majority of the session's more significant prices.

The market was headed by Awbeg Stud's Night Of Thunder colt out of Southern Belle, who was knocked down to Richard Brown of Blandford Bloodstock at €135,000.

The sire has made a deep impression with his debut crop of two-year-olds, having supplied 27 winners at an impressive strike-rate of 61 per cent.

Those numbers includes seven stakes scorers, which equals the record for a European first-season sire set by Fasliyev back in 2003. However, Brown explained that a familiarity with the family was also a big factor, having also bought this colt's close relation Bredenbury, a daughter of Night Of Thunder.

"I know the family well as I bought Bredenbury, who's under the second dam, for Andrew Stone," he said. "She's gone over to Graham Motion in the US and we think she's a good filly.

"She'd actually been working with Graham's Breeders' Cup [Juvenile Fillies Turf] winner Sharing, so we're hopeful of a pedigree update there. Bredenbury will run in a stakes race at Gulfstream in January."

Brown said the February foal - the first produce of Southern Belle, a three-time winner by Aqlaam - will join the team at Corduff Stud in County Kildare before he reappears at the 2020 yearling sales.

"He's been bought for Corduff Stud so the plan will be to reoffer him at next year's yearling sales," said the agent. "Night Of Thunder has equalled the record for stakes horses sired by a European first-season sire so he's doing really well.

"That was absolutely my last and final bid but I'm delighted to get a Night Of Thunder in the bag for next year." 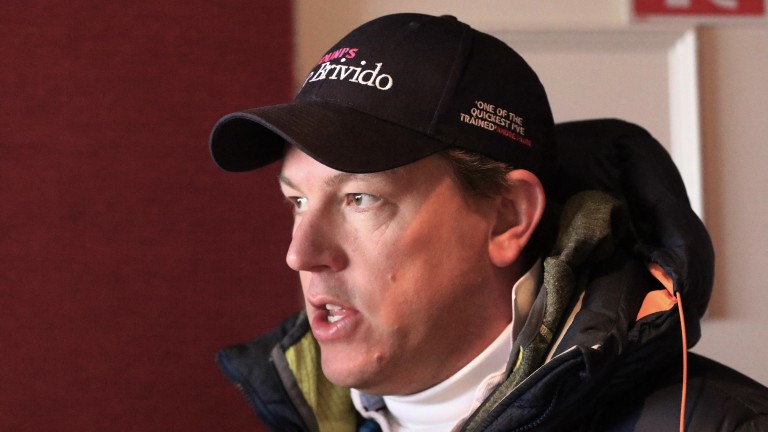 Richard Brown: bought the session-topping Night Of Thunder colt
Peter Mooney
The result provided a handsome return for Awbeg Stud, who purchased the dam with the six-figure foal in utero for just 37,000gns from the Godolphin draft at last year's Tattersalls December Sale.

"We sold a Night Of Thunder yearling quite well last year so we had it in our minds to try and buy a mare in foal to him," said the stud's James Fleming. "Night Of Thunder has been unbelievable - he's just gone from strength to strength in the past few weeks."

Having sold the session-topper on day one - the €100,000 Caravaggio colt bought by Peter Doyle - a good sale for Tom and Alexandra Whitehead's Altenbach Bloodstock continued in the second session when the operation saw its Wootton Bassett colt knocked down to Philipp Stauffenberg at €130,000.

The February born youngster is the first foal out of the winning Kitten's Joy mare Holy Cat, who also finished second in the Group 3 Round Tower Stakes for Michael O'Callaghan and Qatar Racing in 2016.

"He's been bought for a partnership," said Stauffenberg, joined by Nicolas de Chambure, who stands Wootton Bassett at Haras d'Etreham. "The people involved should know more about the stallion than I do! He's a lovely horse and a very good walker. He's been bought for resale but we'll have to see which sale we send him to."

The six-figure transaction is not the first good result that Holy Cat has provided the Whiteheads, having prepared the filly for a breeze-up campaign during her two-year-old days. The couple then bought her back at a cost of 65,000gns at the Tattersalls Autumn Horses in Training Sale in 2017.

The session's third-top lot provided first-crop sire Profitable with a noteworthy result, as Eddie O'Leary of Lynn Lodge Stud went to €120,000 for the colt out of Reign offered by Airlie Stud.

The youngster brought a significant update to the ring, as his Ivawood half-brother, Sopran Ival, had added the Listed Premio Ubaldo Pandolfi to his race record since the catalogue's publication.

That meant the February-born chestnut is now a sibling to two Listed scorers, as his other half-brother, Gold Tail, is the winner of the Premio Divino Amore. 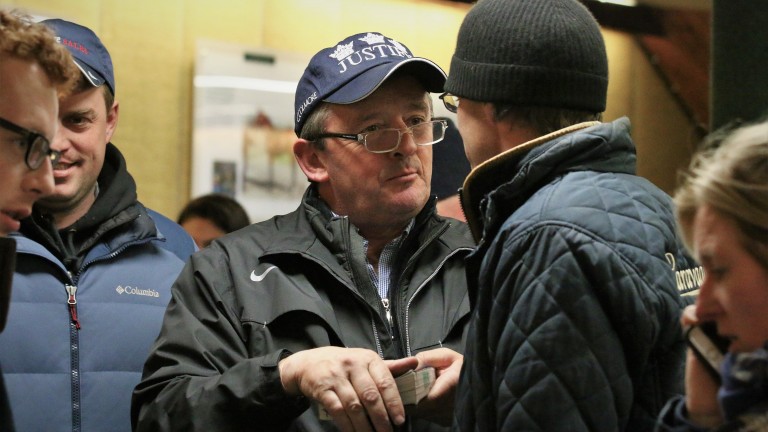 Eddie O'Leary: "There is a sale in Australia online next week but that would never work over here."
Peter Mooney
The colt becomes the most expensive foal sold by Profitable, but not the only representative of the sire to fetch a sizeable sum, with a colt out of Orikawa bringing €80,000 from Jamie Railton, who also gave €78,000 for the sire's colt out of Scarlet Rosefinch.

The son of Invincible Spirit produced 123 foals in his debut crop, which were conceived at a fee of €12,000 at Darley's Kildangan Stud. By the close of trade on Tuesday his November Foal Sale average stood at €35,395 for 19 lots sold.

Foals from the debut crop of Ribchester have been gaining rave reviews from some seasoned judges at Goffs this week, and Peter Doyle is clearly among the stallion's fans as he went to €100,000 for the filly out of Galley, who was bred by Barbara Prendergast and consigned by Yeomanstown Lodge Stud.

This is not the first time Doyle has signed for a foal out of the Zamindar mare, as his and son Ross's names appeared on the docket of her Sea The Stars colt at 220,000gns at Book 1 of the Tattersalls October Yearling Sale earlier this year.

The Doyles also signed for the son of Sea The Stars on behalf of Pier House Stud at 130,000gns at last year's foal sales, and his Ribchester half-sister is now bound for the same County Kildare farm.

"We were very fond of the Sea The Stars [half-brother] as we bought him as a yearling," said Peter Doyle. "He's gone to Richard Hannon and I know Richard and Ross are mad about him. She'll be resold by the same people who sold the Sea The Stars, the Morrin team of Pier House Stud."

As well as a striking physique, the Ribchester filly also boasts a pedigree rich in black type. She is a half-sister to Listed winners Portage and Cape Magic, while her dam is a placed half-sister to July Stakes scorer Wharf and Docklands, a minor winner in France who found fame as the dam of Rail Link.

Day two of the November Foal Sale concluded with some positive year-on-year gains, with the aggregate up 17 per cent compared with the corresponding session in 2018 at €6,588,200.

Part one of the Goffs November Foal Sale concludes on Wednesday, with a brother to Group 1 winner Ghaiyyath among the potential showstoppers. The session begins at 10am.

FIRST PUBLISHED 9:19PM, NOV 19 2019
That was absolutely my last and final bid but I'm delighted to get a Night Of Thunder in the bag for next year