Phoenix fan the flames of trade despite retaining Signora Cabello 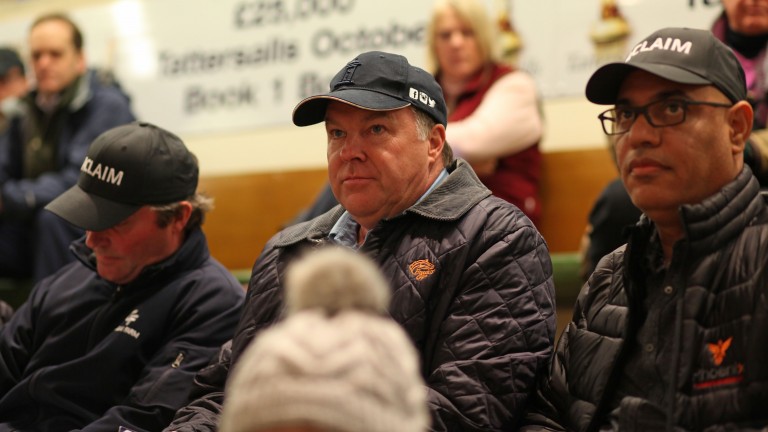 The first seven-figure lot of a frenetic session of the Tattersalls December Mares Sale on Tuesday came when the Phoenix Thoroughbreds team of Amer Abdullaziz, Tom Ludt and Dermot Farrington stretched to 1,000,000gns for Pocketfullofdreams.

The Listed-placed daughter of Invincible Spirit, consigned by Baroda and Colbinstown Studs, was offered in foal to perennial champion sire Galileo.

"Obviously she's in foal to Galileo," commented Ludt. "We're building a rather large operation and we're looking to get some great mares, and she has everything you like to see in a family."

Pocketfullofdreams, who was raced by the Coolmore partners and Markus Jooste, is out of the Listed-winning Dubai Rose, making her a half-sister to dual Group 2 winner The Juliet Rose.

This is the second time Pocketfullofdreams has been through the Park Paddocks ring this year, having been signed for by Stephen Hillen Bloodstock at 475,000gns at the February Sale, where she was offered as a horse out of training.

Phoenix Thoroughbreds also went to 550,000gns for the very next lot, the winning War Front filly Ballet De La Reine, who was carrying to Frankel. She is a half-sister to the Listed winner Alluringly, while her third dam is none other than Urban Sea.

"It's kind of tough having them back-to-back," quipped Ludt. "Look at that third dam though, it's incredible. We're trying to play at the top, unfortunately that means having to pay at the top. She's in foal to Frankel and we were told it's a filly, which we hope it is.

"We have 15 mares in Europe now. These two will go to top sires next year - possibly the same stillions they've been bred to already."

The big-spending operation also saw its Queen Mary Stakes and Prix Robert Papin winner Signora Cabello come under the hammer on Tuesday, but the daughter of Camacho will continue to sport the outfit's increasingly familiar orange and white silks as Phoenix bought out the 25 per cent share Zen Racing retained in the filly at a cost of 900,000gns.

"She's very quick and very tough," said Signora Cabello's trainer John Quinn, who is now hoping for a repeat bid at Royal Ascot. "We'll have to discuss a campaign but I would be thinking of the Commonwealth Cup or the King's Stand Stakes."

FIRST PUBLISHED 8:29PM, DEC 4 2018
We're trying to play at the top, unfortunately that means having to pay at the top