One year on and Westover's little sister takes to the stage

Irish Derby hero made his own racecourse debut last August 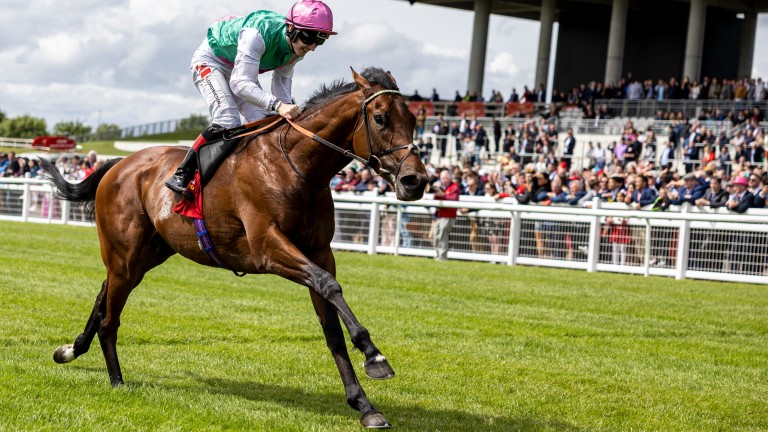 Almost exactly a year to the day since Westover made his racecourse debut, his half-sister Jalapa will take to the track on Saturday with a fair amount more expectation on her shoulders.

It was on August 5, 2022 that Ralph Beckett and Juddmonte fielded Westover in a mile maiden at Sandown, which he won before second-placed efforts in strong events at Newbury and Pontefract.

The son of Frankel has quickly made up into one of the season's biggest stars, finishing a luckless looking third in the Derby behind Desert Crown before handsomely making amends in the Irish equivalent. He was to pull very hard in front in the King George to disappoint as the big-race favourite.

Jalapa is by one of Juddmonte's younger stallions in Expert Eye, a sparkling two-year-old himself who later landed the Breeders' Cup Mile and has produced nine winners to date around Europe from his first crop.

This might explain why Beckett starts Jalapa off over seven furlongs rather than a mile in the British Stallion Studs EBF 'Newcomers' Maiden Fillies' Stakes.

Her dam, Mirabilis, was a smart miler in Europe and America and a half-sister to Prix de Diane winner Nebraska Tornado. Jalapa is the mare's 11th foal and is also a sibling of multiple stakes winner Monarchs Glen.

Six unraced fillies stand in Jalapa's way. Among them is River Naver, a 300,000gns Showcasing half-sister to Firth of Clyde Stakes scorer Queen Of Bermuda and €340,000 Kodiac filly Magical Sunset.

'The team put their own money in and called their families and friends' St Leger contender Westover set to swerve Doncaster for Arc bid Fasig-Tipton to sponsor Sandown’s Solario Stakes Yulong steps up again with combined A$1.21 million spend at Inglis Online Sale 'As with Dubawi, Cracksman could be proving all the big judges wrong again' Post-Brexit breakthrough achieved on temporary thoroughbred transportation