One Master and Prompting give Glorious mare Enticing a Goodwood double 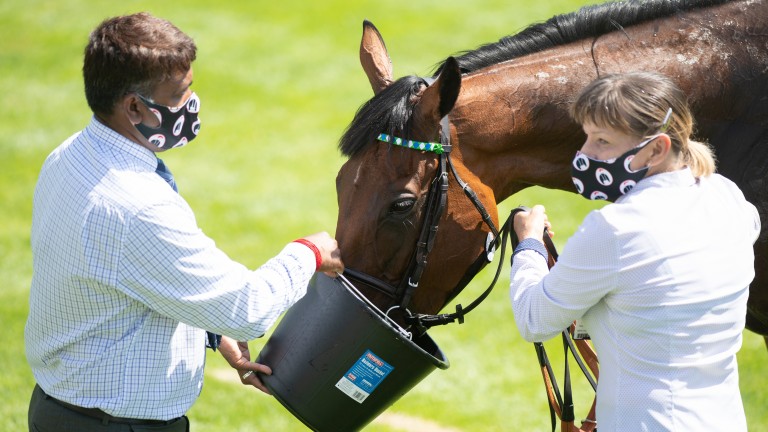 One Master cools off after her Goodwood heroics
Edward Whitaker
1 of 1
By Tom Peacock 2:31PM, AUG 8 2020

Glorious Goodwood provided the two major moments in the racing career of Enticing and Roy and Gretchen Jackson's fine sprinter continued her exemplary record on the Downs on Friday with a high-profile double from her offspring.

It was impressive enough to see her standout daughter One Master extending her sequence under a daredevil ride from Tom Marquand in the Group 3 Saint Clair Oak Tree Stakes before son Prompting continued his dramatic improvement for the David O'Meara stable by justifying favouritism in the valuable Unibet Golden Mile.

Enticing is a daughter of the Jacksons' Superstar Leo, the flying juvenile trained by William Haggas to lift the Flying Childers in 2000 who was twice runner-up at Group 1 level. 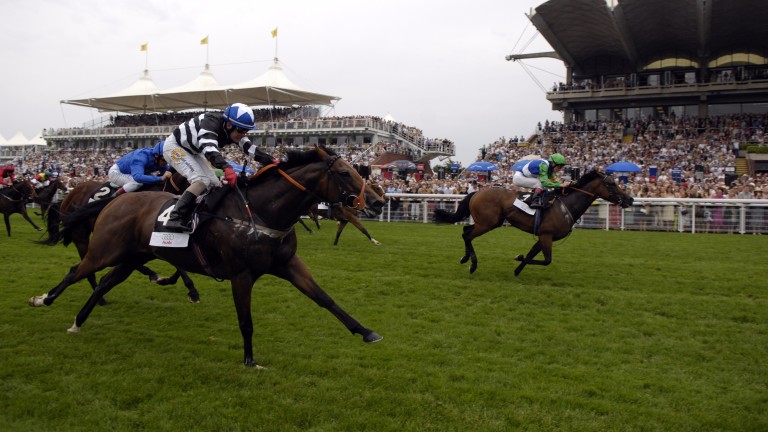 Enticing also had a fine record in Sussex
Edward Whitaker

Superstar Leo delivered a sequence of useful fillies who carried the Jacksons' green and blue Lael Stable colours, with Enticing proving the best on the track. On this same day in 2008, she came with a powerful run under Johnny Murtagh to take the Group 3 King George Stakes, a race she had finished second in the year before. Back in 2006, Enticing took the Molecomb on only her third start.

One Master has already exceeded the racing achievements of both her dam and granddam as the winner of the two most recent editions of the Prix de la Foret. The ultimate target of the daughter of Fastnet Rock is to become the first ever three-time winner of the seven-furlong Group 1 on Arc weekend at Longchamp.

Habitually a mare who requires holding up and delivering with a late challenge, she needed Marquand to hold his nerve when travelling ominously well but in need of a gap during Friday's contest.

But once the 6-4 favourite saw daylight, she took off in the closing stages and collared Irish challenger Valeria Messalina almost on the line. It was her first Goodwood success, having still been on a learning curve when fourth in same race in 2018.

The owner-breeders, who are based in Pennsylvania and also bred the likes of 2006 Kentucky Derby winner Barbaro, have kept Superstar Leo and Enticing among a broodmare band at Peter Stanley's New England Stud.

One Master is expected to join the herd at the end of the season but Maureen Haggas, wife and assistant of William, said they would have to wait and see what decision the owners make.

"Probably but it’s up to the Jacksons, we thought last season might be (the last one) but it’s up to them. They’re in charge," said Haggas, who described One Master as being like a "friendly bullock" but in the nicest possible way.

"She’s kind and we’re lucky to have her," she said. "She hated the ground but she’s an absolute star, she tries her hardest every time." 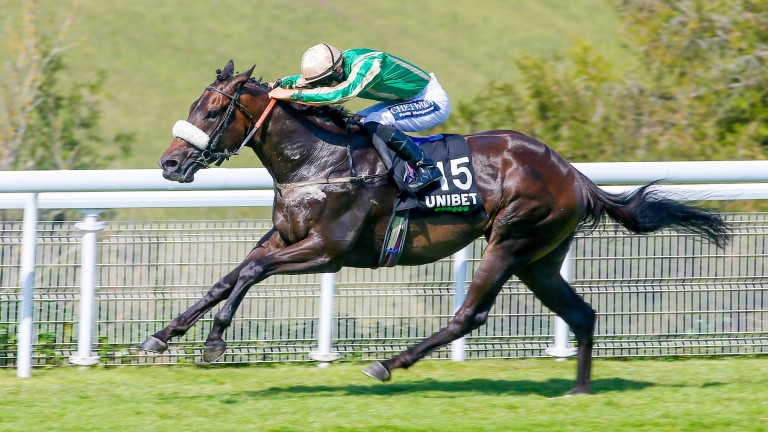 Prompting, a gelded son of Bated Breath, did not run for the Jacksons and was consigned from the Haggas yard at last year's Tattersalls February Sale.

Agent Colm Sharkey picked him up for only 7,000gns and he won once for Olly Murphy before moving to O'Meara. His latest dominant effort was a third win from as many starts for the Yorkshire trainer - all of which have come this month.

Pivotal mare Enticing, who is now 16, is also the dam of multiple winners Jacob's Pillow and Triple Chocolate. She has twice been covered by Kodiac in the interim and has a three-year-old gelding named Craved and a two-year-old filly called Arousing by the Tally-Ho Stud sire. She produced a Fastnet Rock brother to One Master in January.

FIRST PUBLISHED 4:10PM, JUL 31 2020
She hated the ground but she’s an absolute star, she tries her hardest every time